A new documentary looks at the U.S. military-industrial complex and highlights the government’s lack of oversight. 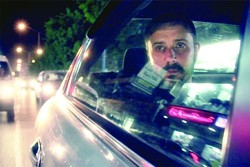 Jeremy Scahill, the national security correspondent for The Nation magazine, co-wrote and narrates this chilling documentary on the global clandestine battlefield.

Meet the new boss. Same as the old boss; only this one’s got a Nobel Peace Prize. After watching director Richard Rowley’s enraging documentary, Dirty Wars, the fact that our current president is viewed as a bleeding heart peacemaker is just too twisted and darkly ironic to fathom. War is peace. Ignorance is strength. George Orwell is the new Nostradamus.

Once upon a time, when George W. Bush was in office and allowing an unfettered, undemocratic and highly clandestine security administration to take root, there was an avalanche of highly critical “War on Terror” documentaries. Then Barack Obama took office with a promise of hope and change, and the cinematic indictments faded away. Things did indeed change — they got worse.

Over the last 10 years, the Joint Special Operations Command (JSOC) has only grown in power and secrecy, with a mission to “find, fix and finish” anything or anyone it deems a threat to the United States — including its own citizens. Yup, Americans can now be assassinated without charge, trial or conviction. But not on U.S. soil, we’re assured. It’s part of the JSOC’s plan to “kill [its] way to victory,” explains journalist Jeremy Scahill.

The national security correspondent for The Nation magazine and the best-selling author of Blackwater: The Rise of the World’s Most Powerful Mercenary Army is (unfortunately, too much) the backbone of fellow reporter Rowley’s investigative film.

Scahill co-wrote the script, narrates the proceedings, and seizes center stage as he jets from Afghanistan to Yemen to Somalia to Washington, D.C., and back home to Brooklyn. He takes notes, interviews subjects, looks concerned, testifies before Congress, and straps on a bulletproof vest. It’s all so self-serious and, well, narcissistic. It’s not that his exposé isn’t profoundly important, it’s that he becomes a distraction from his own message: that the need for greater “security” has perverted the ideals of American democracy.

Still, Dirty Wars is must-see viewing for those on both the left and the right, as it charts the insidious and disturbing mission creep of the JSOC. Much like Orwell’s prediction of perpetual war, the agency sees the entire world as a battlefield on which to wage endless armed conflict. Along with the much-heralded killing of Osama Bin Laden, the result has been more covert assassinations, more drone attacks, more accidental killings — and more cover-ups.

The film begins in 2010, with Scahill stationed in Kabul and learning of a series of nighttime raids. Heading to the remote Afghan village of Gardez, he meets with grieving locals who show him cellphone videos of five innocent victims, including a U.S.-trained police officer and two pregnant women.

Worse, the villagers describe how the U.S. soldiers dug out the bullets to eliminate any forensic evidence. The locals call them the “American Taliban.” Scahill returns to Washington to testify before the House Judiciary Committee about what he’s discovered … and no one cares. Only one member even bothers to stick around to listen.

As it turns out, the botched raid in Gardez is only one of 1,700 clandestine attacks carried out by the American military in a three-month period. Photos of dead women and children emerge, and we listen to a grieving husband state that he’d like to take up arms against the United States for what they have done.

What emerges over the course of Rowley’s film is that, not only is there no oversight (in either the government or the media) or accountability for these actions, but that the JSOC is actually helping to radicalize the very people Washington claims it wants to win over.

Most disturbing is the well-known case of New Mexico-born al-Awlaki, a American Muslim cleric who spoke out against radical Islam and supported George W. Bush in 2001 but, by 2010, was on the kill list.

Has our democracy slid so hopelessly off the rails that we now justify the murder of children? Does the constitution apply to all Americans, or only those that JSOC deems worthy? Dirty Wars’ first-person approach stumbles most grievously by not confronting the agency’s proponents and what they think they are accomplishing. By not offering its supporters an opportunity to defend their positions, they compromise an otherwise compelling argument that we have embraced policies that ensure both endless war and blowback.

If the JSOC’s power has only grown since Bush handed over the Oval office to Obama, then the question must be asked: Who is really running things? Rowley and Scahill seem to answer that question by pointing to the now-famous photograph of the White House Situation Room on the day Seal Team 6 raided Osama Bin Laden’s Pakistani compound. At the head of the table sits the JSOC commander’s assistant. mt

The Dirty Wars is showing at the Landmark Main Art Theatre, 118 N. Main St., Royal Oak; 248-542-5198; landmarktheaters.com. Check listings for showtimes. This film has not been rated and has a running time of 87 minutes.