Dan Savage advises on when it's OK to deceive 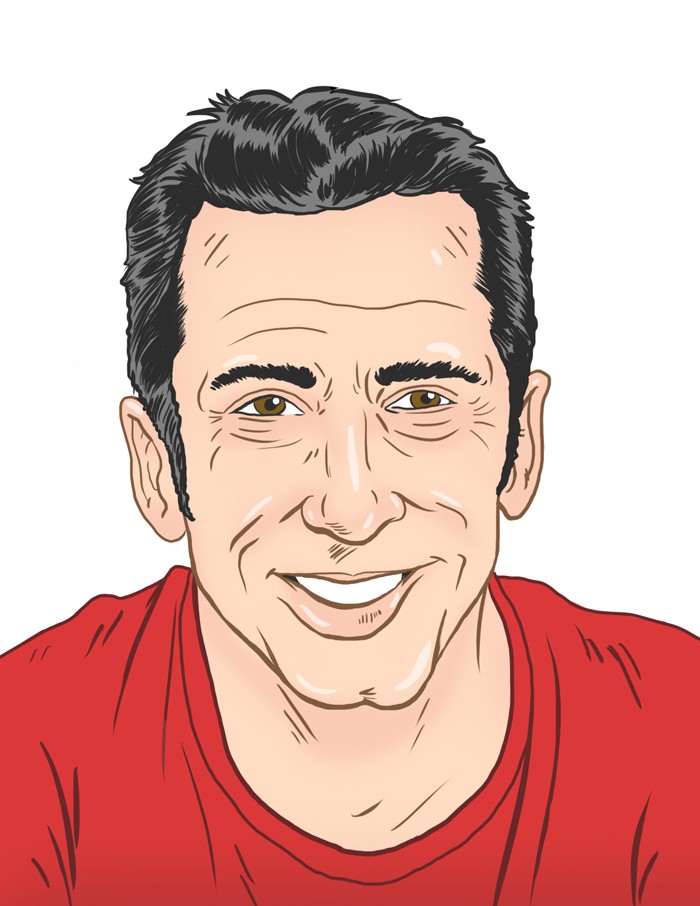 Q: I’m an old guy, fast approaching geezerdom. After 45 years of marriage to the same woman, the sex has fallen off to zero. We otherwise have a great and comfortable relationship. If I want any at all these days, the only options are masturbation or professional service providers. I was very nervous the first time I paid for sex. Curiously and surprisingly, considering my Christian upbringing, I didn’t feel at all guilty. I now find the urge gets stronger as the body gets weaker. It seems as geezerdom takes a full hold, all I think about is pussy, and paid sex has become a regular thing. You stress honesty and communication for a long-term relationship to work. In our case, honesty would mean the end to what is now just a great friendship that provides us both with deeply satisfying companionship. I don’t want to hurt her, but revealing my outside activities would certainly do so, as she thinks men using prostitutes is disgusting. Any comments from a young gay guy? —Sin Or Salvation

A: There aren’t any young gay guys around at the moment, SOS, so you’ll have to settle for my lousy advice …

Honesty and communication are important, SOS, but there are limits. No long-term relationship would survive a strict regimen of full disclosure enforced with depositions taken under oath, regularly scheduled lie detector tests, truth serums disguised as artificial coffee creamers, etc. Knowing what to omit and avoid — identifying here-there-be-monsters spots on the map and sailing around those topics, incidents or persons — is just as important as honesty and communication. And married people, even long-married people, get to have their own inner lives, a few secrets they take to the grave, and some zones of privacy and autonomy.

But I don’t think what you’re doing is necessarily a problem, SOS. If your wife is really and truly content — if she isn’t interested in sex anymore, if you’re not cheating her out of anything she values, if you’re not taking risks with her health, if you’re not depleting your retirement savings to finance your activities, if all of the above are true — then your visits to sex workers are covered by my standard advice to people in sexless but otherwise solid, loving and fulfilling marriages: Do what you gotta do to stay sane and stay married.

You sound like a decent and loving husband, SOS. To make sure you’re also a polite and courteous client — for tips on communication, personal hygiene, tipping and avoiding women who have been trafficked — check out the all-star sex-worker panel we convened for a recent episode of the Savage Lovecast. Go to savagelovecast.com and listen to episode 387.

Q: I’m a 23-year-old bi woman. I was in a relationship for two years with a guy my own age who I loved but who was immature emotionally. The sex was really out of this world. About six months before we broke up, I met a guy who is 20 years older than me, and we bonded over a lot of mutual interests. When I broke up with my boyfriend, this fortysomething guy took it as a sign that I wanted to be with him. We’ve now been dating for four months. This guy wants to get married and have babies. I do love him — I think — but I am not physically attracted to him. I often feel angry and suffocated by his attention. I’m wondering if these feelings of annoyance and occasional icky repulsion are normal in longer-term “serious” relationships? I’m also physically aching at memories of fucking my ex. Are my desires to get back in bed with him a sign I’m not into the new guy? It seems insufferably arrogant to say that I don’t want to hurt this new guy by telling him I’m not attracted to him, but after six months of being lovers, he would be shocked and angry. Should I do the brutally honest thing, or do I lie about why we’re breaking up to protect his ego? —Superficial And Prevaricating

A: You say Mr. Fortyish took your breakup with Mr. Twentyish as a sign that you wanted to be with him. If that wasn’t the case — if that was a faulty assumption on Mr. Fortyish’s part — why did you start dating him? Maybe you felt like you had no choice: Mr. Fortyish made a self-serving assumption about your breakup, and you had to play along to spare his feelings. But you did have a choice, SAP. And while you intend to get out of this relationship — you don’t list staying together as a possible option — you’re gonna have to learn to advocate for yourself or you’re gonna find yourself in this position again and again, i.e., manipulated into relationships or commitments that leave you feeling panicky, annoyed, and unfulfilled.

As for how to break up with him, SAP, there’s no reason to tell him you’re not attracted to him. A person can advocate for herself — and extricate herself from a relationship — without being unnecessarily cruel. Just use the standard-issue little white breakup lies: “I’m not ready for a serious commitment.” “It’s not you, it’s me.” “We’re in very different places right now.” And commit those lies to memory, SAP, for use on any guy who starts talking about marriage and kids four months into a relationship.

Q: One of the boys at the restaurant where I work met up with a dominant gay couple in a regular bar — not a gay bar — during happy hour. They told him to go to the bathroom and strip in a stall. Then one of the guys came in and took his clothing from him. He didn’t know when they would be back or even if they would be back. While he was trapped there naked (and hard), other men were coming in and out. Knowing that other people didn’t know he was in his stall gave my co-worker a big thrill. My problem: This couple and my friend involved other people — without their knowledge or consent — in their little domination game. I say, “Not OK!” We got into a heated argument about it and decided to ask you for a ruling. —Co-worker’s Recent Escapade Entirely Perverted

A: Let’s say a straight couple comes into your restaurant and they’re seated in your section, CREEP. They order, they eat, they tip, they leave. All good? Now let’s say that, unbeknownst to you, the man was wearing a locking male chastity device and the woman was wearing the key on a chain around her neck. She was dripping wet all through dinner, his cock was straining against the confines of his chastity device, and a big part of the turn-on was being in public and interacting with, say, a waiter who had no idea.