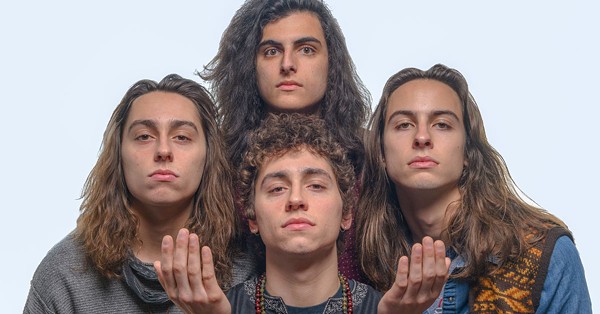 When Metro Times last spoke with Frankenmuth retro-rock brethren Greta Van Fleet, they were procrastinating in Al Sutton's Rustbelt Studios in Royal Oak just hours before embarking on an ambitious European tour. When asked if they were done recording their debut album, the answer was a resounding "not yet."

Well, the wait is over. And though they've tried to playfully dodge the tireless Led Zeppelin comparisons, their debut record looks good enough to roll a joint on.

Announced Friday morning, Greta Van Fleet's debut record Anthem of the Peaceful Army is pegged for an Oct. 19 release. According to a press release all  10 tracks are original recordings written collectively by brothers Jake, Josh, and Sam Kiszka and drummer Danny Wagner. The debut record was recorded in Nashville and Royal Oak and produced by Marlon Young, Herschel Boone (The Brothers), and Al Sutton recorded. 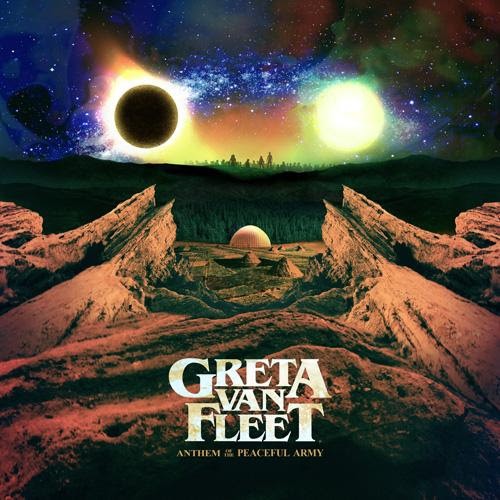 Greta Van Fleet "Anthem of the Peaceful Army
They even left a perfect spot for your bong between the sun and the moon. How sweet!
Anthem of the Peaceful Army follows the band's 2017 double EP Black Smoke Rising which the prayer bead, leather pants, and Birkenstock wearing dudes leveraged into superstardom with a mostly sold-out tour, launching their first two singles, "Safari Song" and "Highway Tune" directly to No. 1 on the rock charts.

Earlier this summer GVF teased their debut on social media and eventually released its first single "When the Curtain Falls" in July followed by a wizard-heavy, LSD micro-dose companion video last month. To accompany the album details, the band dropped a laid-back jam "Watching Over" to tide the Greta Van Fleet-fleet over until October.

Listen to "Watching Over" below.