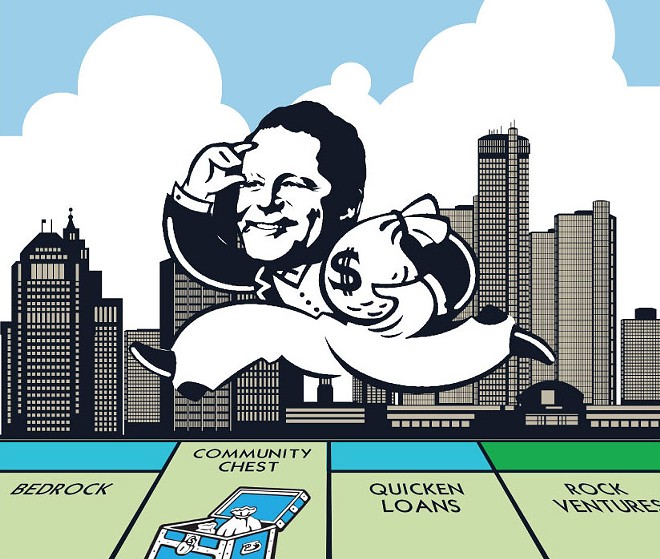 We all know that Dan Gilbert is Detroit's most prominent player, but did you know exactly how big?

The founder of Quicken Loans and owner of the Cleveland Cavaliers has been a high-profile player in the revitalization of Detroit. His firm, Rock Ventures, includes more than 100 businesses and is the city's largest employer, providing jobs for more than 17,000 people. Included among his numerous projects is Bedrock Detroit, Gilbert's property management company which has quickly scooped up nearly 100 buildings in downtown Detroit.

Now, Business Insider has published an interactive map that allows users to see precisely which buildings the billionaire investor owns. Gilbert's holdings include several buildings designed by industrial architect Albert Kahn, the long-vacant Book Tower, the newly renovated David Stott Building, and the site of the former Hudson department store — which will soon be the location of Detroit's tallest building.