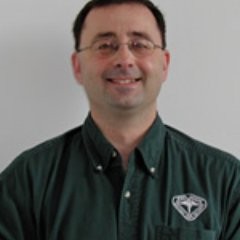 Nassar's lawyers argue that Judge Aquilina's now infamous threat — "I just signed your death warrant" — that she proclaimed during the case's original court proceedings served to demonize Nassar in the eyes of the public. Nassar was charged with 10 counts of sexual assault and three counts of child pornography after more than 150 women stepped forward with victim-impact statements claiming sexual abuse. Nassar is now serving a 60-year federal prison sentence.

Within hours of arriving in federal prison, Nassar was assaulted, which lawyers argue was a result of Judge Aquilina's bias both in the court and to the press. For this, lawyers filed a motion seeking resentencing in Ingham County courts, as well as a second motion to remove and disqualify Aquilina from overseeing the case.

In 2017, Nassar pleaded guilty to 10 counts of sexual assault charges split between Eaton and Ingham County. Both Judge Aquilina and Judge Janice Cunningham of Eaton County gave Nassar Michigan prison sentences of 40 to 175 years and 40 to 125 years, respectively. The sentences are in addition to the 60 years that Nassar will already be serving in federal prison and came at the suggestion of the Attorney General's Office.