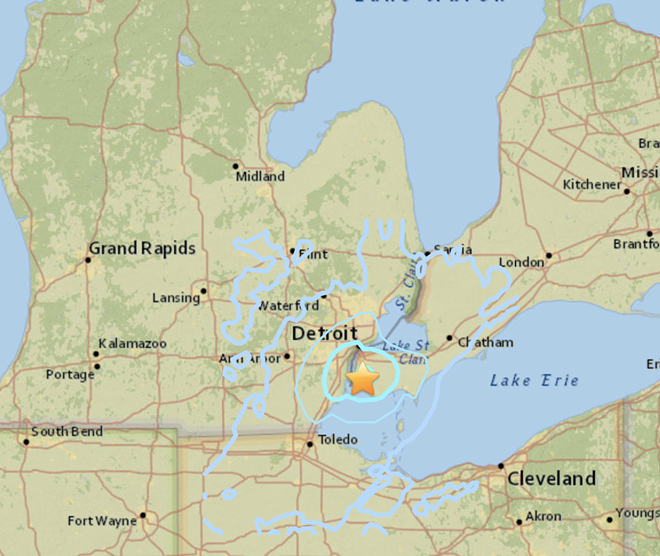 United States Geological Survey.
No, that wasn't someone driving while blasting Cardi B's new record at maximum bass nor was it an explosion. If you live in metro Detroit you likely felt the aftershock of an earthquake Thursday night.

It has been confirmed by the United States Geological Survey (USGS) that a 3.6 magnitude earthquake originated 4 miles from Amherstburg Ontario, Canada at 8:01 p.m. — just 15 miles from Detroit.

Residents of Brownstown, Dearborn, Ann Arbor, Grosse Ile, and Detroit proper have all reported that they felt the slight rumble.

The Richter scale rates a 3.6 as minor and such occurrences are rarely responsible for damage beyond the shaking of indoor objects. An estimated 100,000 earthquakes of this status occur each year around the world. 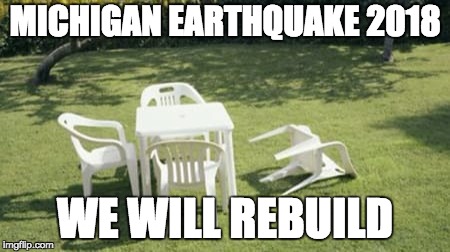 Though earthquakes are seemingly rare for Michigan, it was just three years ago that Michigan experienced a 4.2 earthquake, the most powerful since 1947.

No injuries have yet been reported from Thursday's event.