MSU: Racism and hate speech permissible if directed at groups Facebook
Jillian Kirk takes a photo with the N-word written across her forehead.
Over the weekend, Michigan State University's response to racist comments posted on social media by one of its students consisted of a rather lame statement about how it doesn't approve of what happened.

The comments made on Twitter, Facebook, and Snapchat by MSU sophomore Jillian Kirk included one that read “GOD BLESS AMERICA, FUCK THE BLACKS!” The New York Post reports that in other social media posts, Kirk allegedly regularly uses the N-word and once wrote, “Fuck niggers I’m so over it.”

That and MSU's tame response led to outrage among some students and across social media. Many would like to see Kirk disciplined, and they note that other schools like the University of Alabama have taken similar situations more seriously. It expelled UA student Haley Barber over a racist rant that was posted on social media on Martin Luther King Day.

On Monday, the MSU outrage led to a second response from the school in the form of a letter that's worded a little stronger than the first statement. It was circulated among students.

Also on Monday, Metro Times contacted MSU spokesperson Emily Guerrant and asked why the university isn't disciplining the student. She said via email that "MSU will not be taking action against the student because the comments were not directed/targeted at an individual(s). That is the current policy."

Let that sink in for a moment: Hate speech isn't a punishable offense at MSU so long as it's directed at large groups or entire races. So no further action is warranted, it seems.

As we previously pointed out, MSU is the type of school that says "OK" to white supremacist Richard Spencer, attempts to hide child molester Larry Nassar in the shadows, then hires known rapist-defender John Engler to clean up the Nassar mess once it turns into a full-blown scandal.

So it shouldn't come as a big surprise that the school is stopping short of serious action. Also notable is the lack of local media coverage, even as outlets from around the nation and world reported on the situation. One of the few local reports came from the Detroit Free Press. But in its article titled "Racist posts prompt Michigan State University response to student body, it framed the situation as "MSU takes action" instead of "MSU doesn't discipline racist student" despite that the latter is now the main issue and is how other outlets reported it. It also failed to mention the demand for disciplinary action, Kirk's name, and didn't print what she said. The Lansing State Journal, also daily newspaper owned by the Free Press' parent company Gannett, didn't even bother to cover the story.

It should be noted that Kirk has since apologized, and deleted her social media accounts. Guerrant also noted that MSU has multiple campus programs that address race relationships on campus. The university sent the following message out to students on Monday:

Many of you have heard about and seen racist images circulating on social media tied to a member of our campus community. There is pain and anger being felt by our community members, students of color and especially our African American students. Actions and words that are meant to hurt someone based on their identity have no place in our community; hate has no home here on our campus. We know that this is not an isolated incident. Acts of discrimination, racial discrimination, and microaggressions against Black students and students of color are often unreported for many reasons, including the fear of invalidation and backlash. As your neighborhood leadership team, we acknowledge that any form of oppression creates a harmful environment that negatively affects the lives and wellbeing of many Spartan students of color. We firmly believe and affirm the right to a campus and educational climate where different cultures, identities, backgrounds and ethnicities are honored, nurtured, respected and celebrated appropriately.

Our collective Spartan will is to rise to the emotional, ethical and intellectual challenge of breaking the silence around race and racism on our campus, as well as local, state and national levels. Communities do not get built merely by having people in close proximity to each other. Inclusive communities are created by both individual and collective attitudes and actions. As members of the Live On residential community, we aim to build a Spartan community worthy of the diverse population we have on campus, a community that is honest and humble, open-minded and principled, critical and constructive, rigorous and kind. Residential Education and Housing Services, the ICA/MRule team and your Neighborhood Engagement Center recognize that we need greater awareness, understanding and freedom from ignorance, prejudice and narrow ideologies. Like any human institution, we are certainly flawed and with this recognition, we are openly committed to do better. 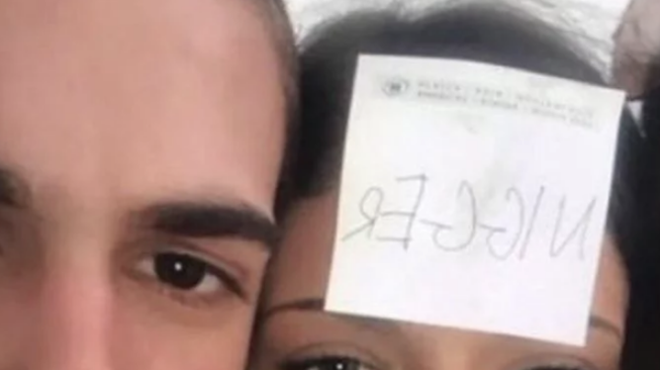