In October of 2015, Detroit waitress A'ziah "Zola" Wells took to Twitter for what would become a viral, 148-tweet thread in which she detailed her harrowing, mostly true, and somewhat embellished road trip journey with a new friend, starting at the Hooters where they met all the way to Tampa, Florida, where the two would pole dance their way through danger and mayhem.

The Zola (A24) trailer dropped earlier this month and it gives us a dizzying look into what may or may not happened between Detroit, Florida, and these two women who had known each other for less than 24 hours before embarking on what may or may not be a glittering fabricated road trip from hell. The release of the trailer gave us more than just a peek into the wild adventure of Zola and frenemies — it gave us a stellar meme format.

“Y'all wanna hear a story about why me and this bitch here fell out???????? It's kind of long but full of suspense,” @_zolarmoon's initial tweet reads, referring to the woman she befriends and leads her on an ill-fated road trip from Detroit to Florida. In other words, a perfect meme format for customization.

From squatty reality TV sex tourists, obscure documentaries, to interchangeable Soprano-based beefs, the Marvel Cinematic Universe, and the Bible, Twitter, in true meta fashion, took an old viral tweet and gave it new life. We compiled found some of our favorite — and most accurate — interpretations. 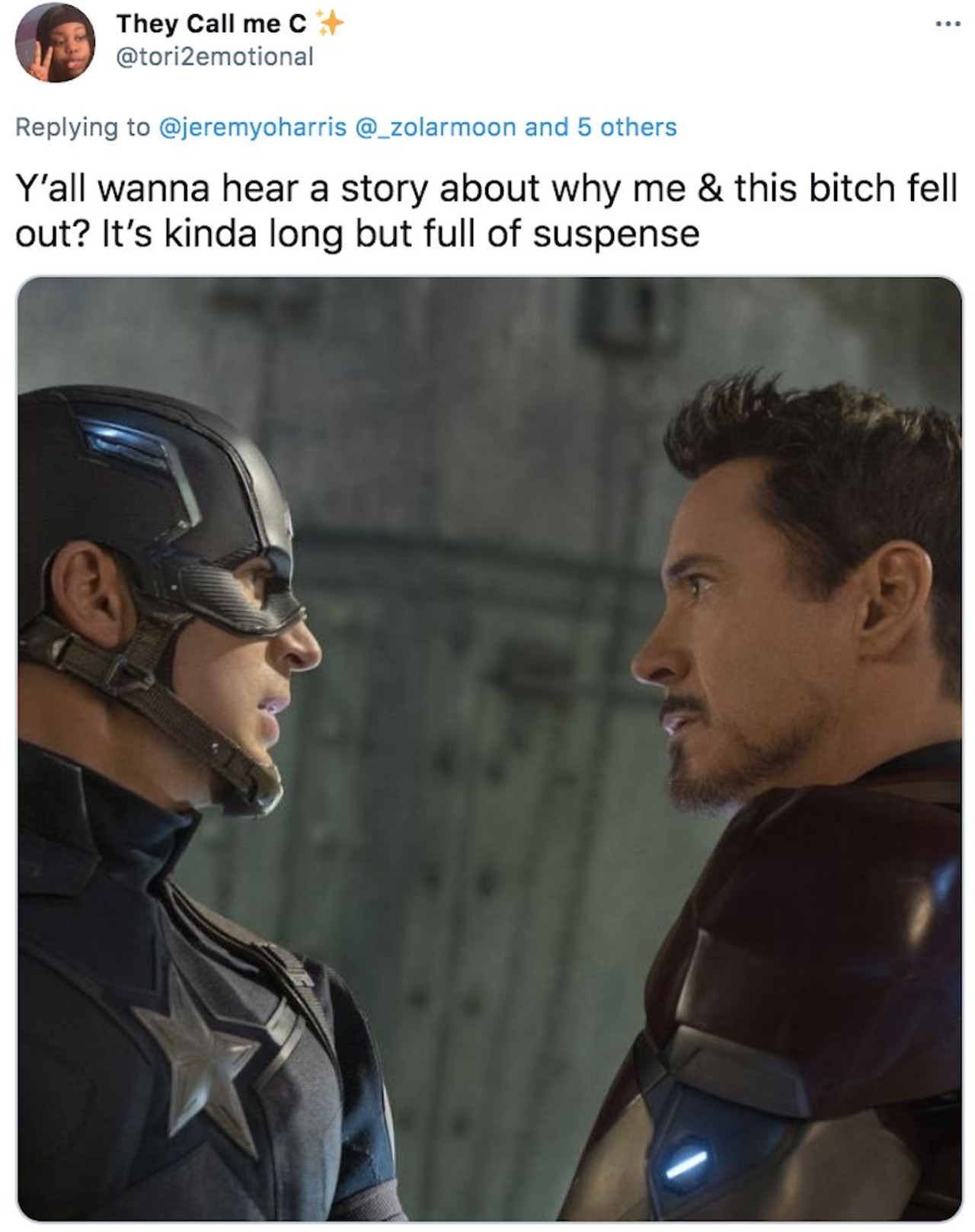 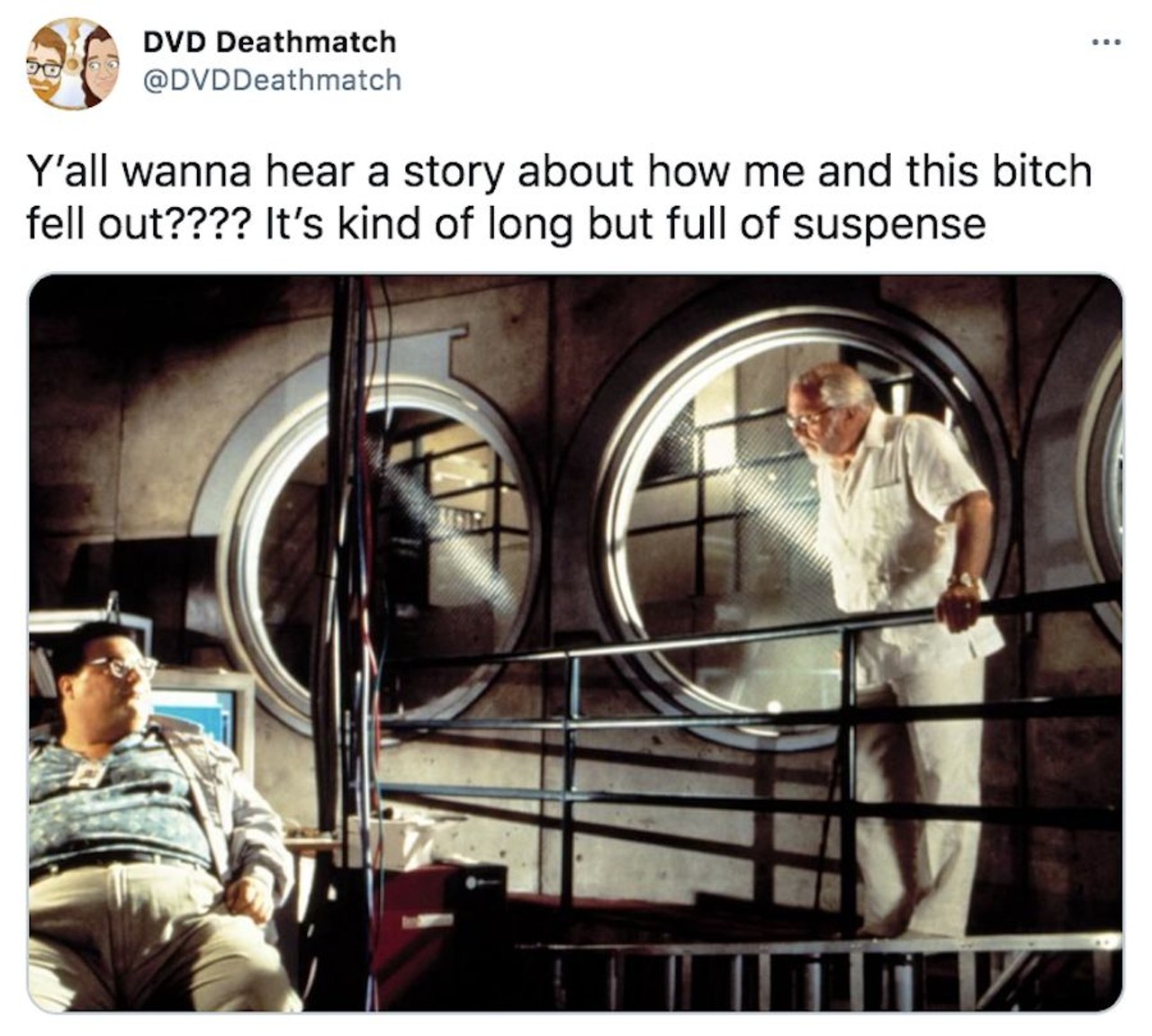 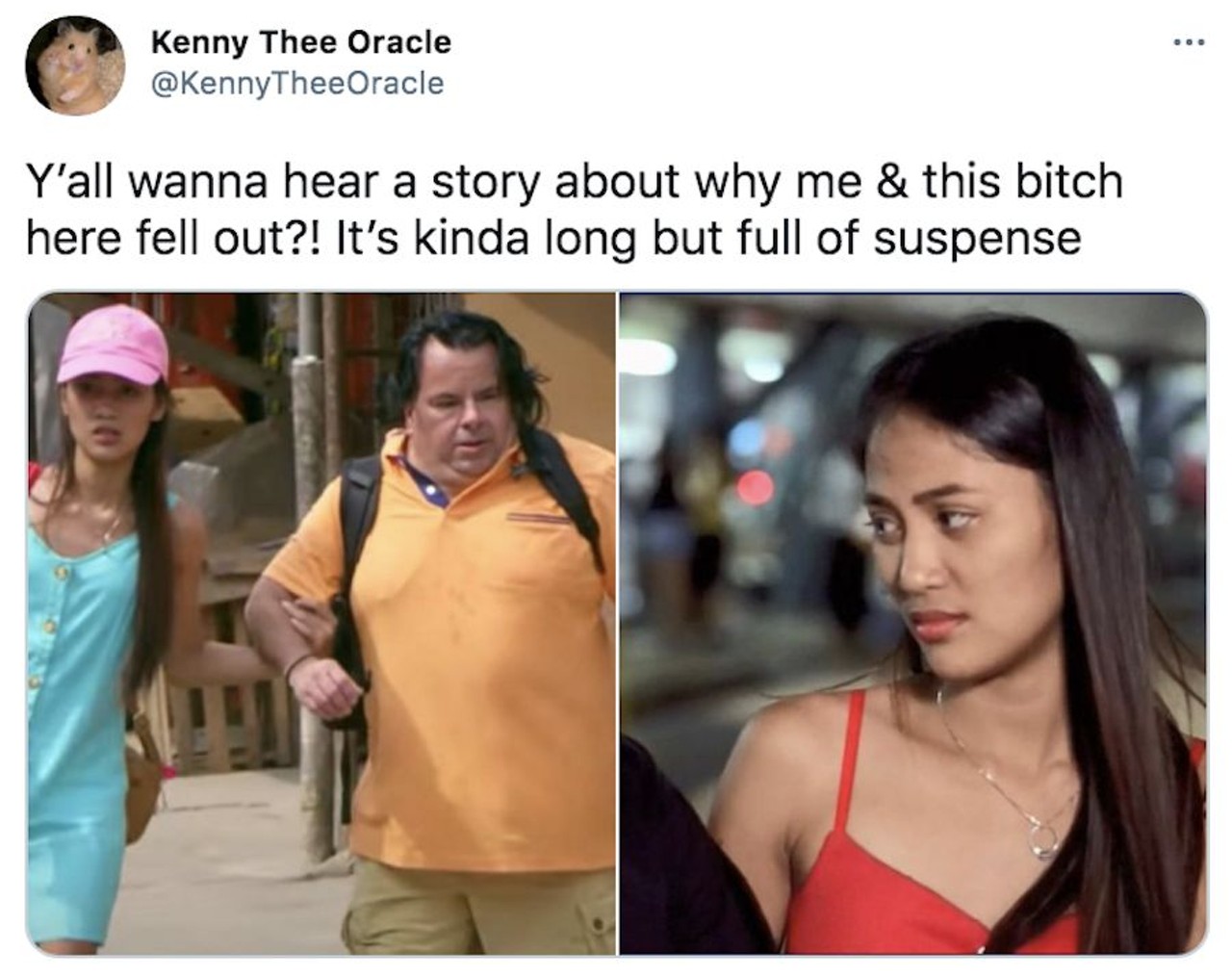 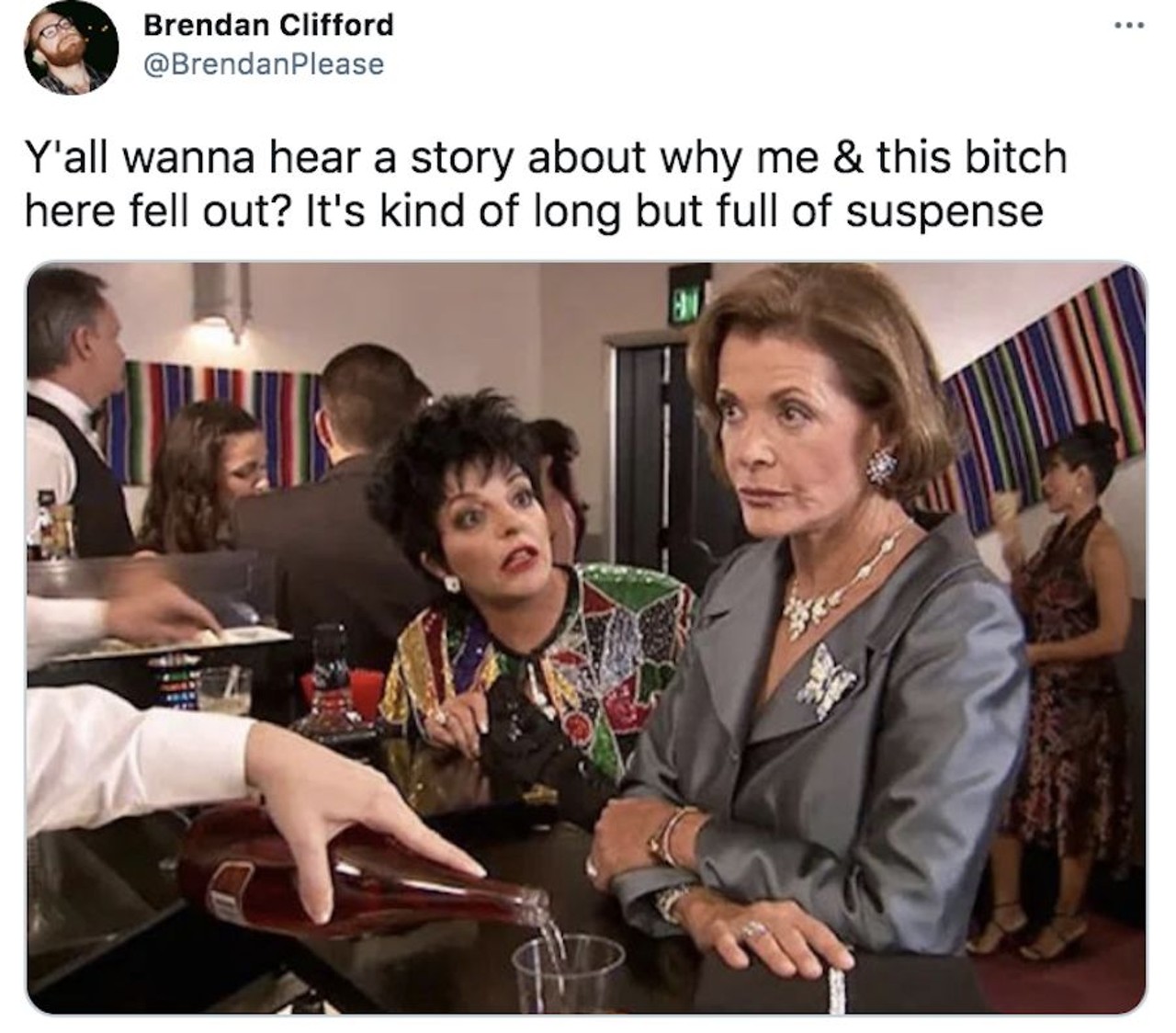