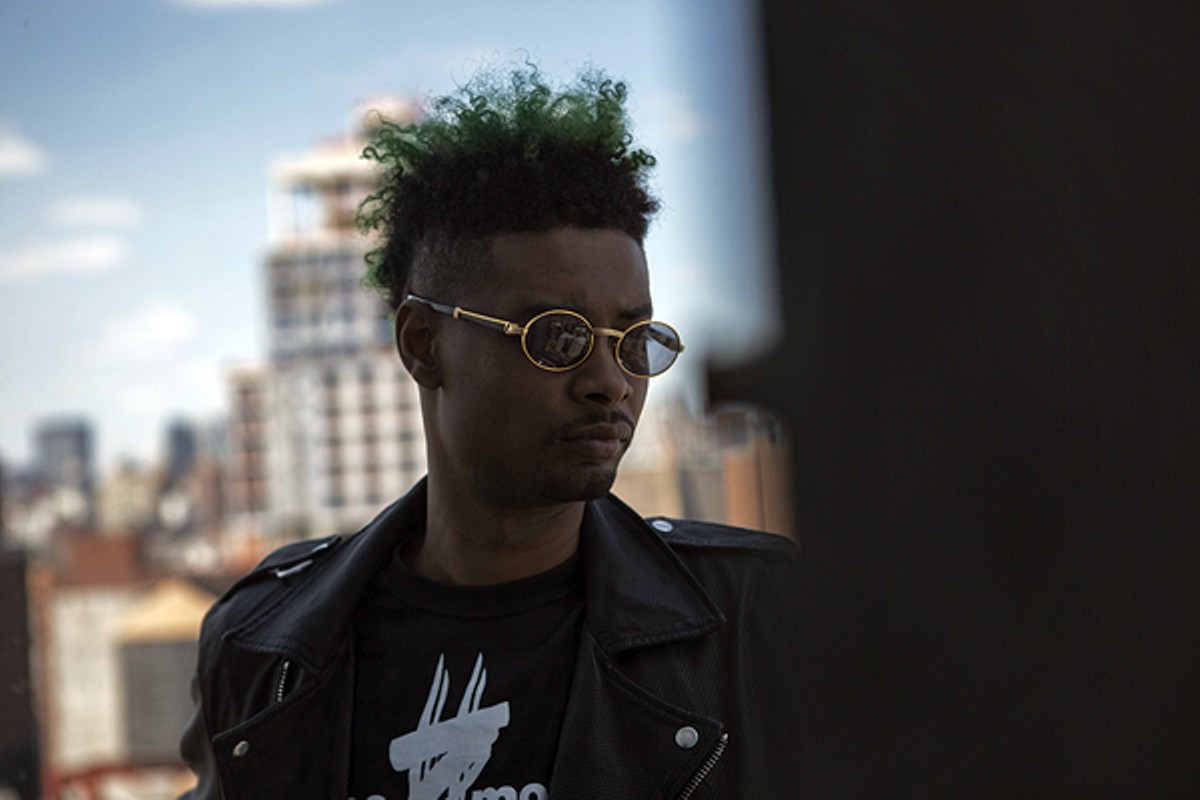 Metro Times: We first interviewed you in 2008. Knowing what you know now, what would 2014 Danny Brown tell 2008 Danny Brown?

Danny Brown: Just keep doing the same thing. I had doubts back then, but now I'm confident. I would just tell myself to just work hard and have patience. Patience is a virtue.

MT: In a recent interview, you said you don't get the respect you deserve. In what ways do you feel you're not respected?

Brown: I was being sarcastic that day. When you do so many interviews, you gotta do things to entertain yourself with them. That was just one of those moments.

MT: You also said you're the best rapper ever.

MT: What other emcees do you feel are on your level?

MT: How has your music changed over the last five or six years?

Brown: I'm playing over 400 shows a year, and maybe my music didn't dictate that before. I'm a tour monster. I make almost all of my revenue from shows, so I make music to play at shows and for you to listen to as well. That's the biggest change.

MT: You've always said that you prefer to be an independent artist. Is that still true?

Brown: Right now I'm open to anything. I've seen the good and bad side of being on an indie label. There are pros and cons to anything you do. The allure of a big budget is something I've always fantasized about. To be able to just sample anything I want, to be able to make anything I wanna fucking make. Just to be able to expand my creativity as far as possible. But at the same time, maybe what makes my music so good is that I work with the limitations of being indie. When you have limitations, you have to work with what you got.

MT: Any fear of going to a big label and not being able to appeal to a wider audience?

Brown: The musical landscape has changed. I feel like I'm able to fit in anywhere. I've been seasoned enough. If I was to go to a big label deal, I wouldn't play the single game because I'm an album artist.

MT: What is the best attribute about a being a rapper from the 313?

Brown: Being from here prepares you for anything. You can go anywhere being from Detroit. Walking around Germany is the same as walking around Detroit.

MT: Since you've reached a higher level of celebrity, has your relationship with Detroit changed?

Brown: Nope. I just stay in my hood, though. I never really go out that much like I did when I was younger. I'm 33 now. I travel so much that by the time I'm home on Linwood, I'm tired. I might hang around Midtown here and there.

MT: Do you think you'll ever relocate from Detroit?

Brown: No. I like the solitude here. I'm kind of like Batman; you can't really get to me. I'm not a celebrity here. I can go to Costco here and nobody knows me. If I'm in L.A. or New York, I'm taking pictures with somebody. A lot of people here are hearing me for the first time on the Eminem song ["Detroit vs. Everybody"].

MT: How did this collaboration with Eminem come about?

Brown: We have the same manager [Paul Rosenberg]. Paul reached out to me to do the song.

MT: You've ruffled some feathers with the shot you took at Justice Richard Bernstein.

Brown: It's an Eminem song, right [laughs]? Em says whatever he wants, right? At the end of the day, it's a Detroit song. It was something people wouldn't get unless you were from here. If you look at all my lines, I wanted to keep it as local as possible. There are a lot of inside jokes. To me, I was laying little Easter eggs. I was repping for the D; that's what Paul told me to do.

MT: When does the next project drop?

Brown: My album won't be out until next year. The Bruiser Brigade album is done. I'm still tinkering; I'm a perfectionist. I know a lot of rappers — when they put out group albums, it just sounds like some homies. But my homies can really rap. The same effort I put into my project, I'm putting into this one.

Danny Brown is playing the Majestic Theatre on Wednesday, Nov. 26.