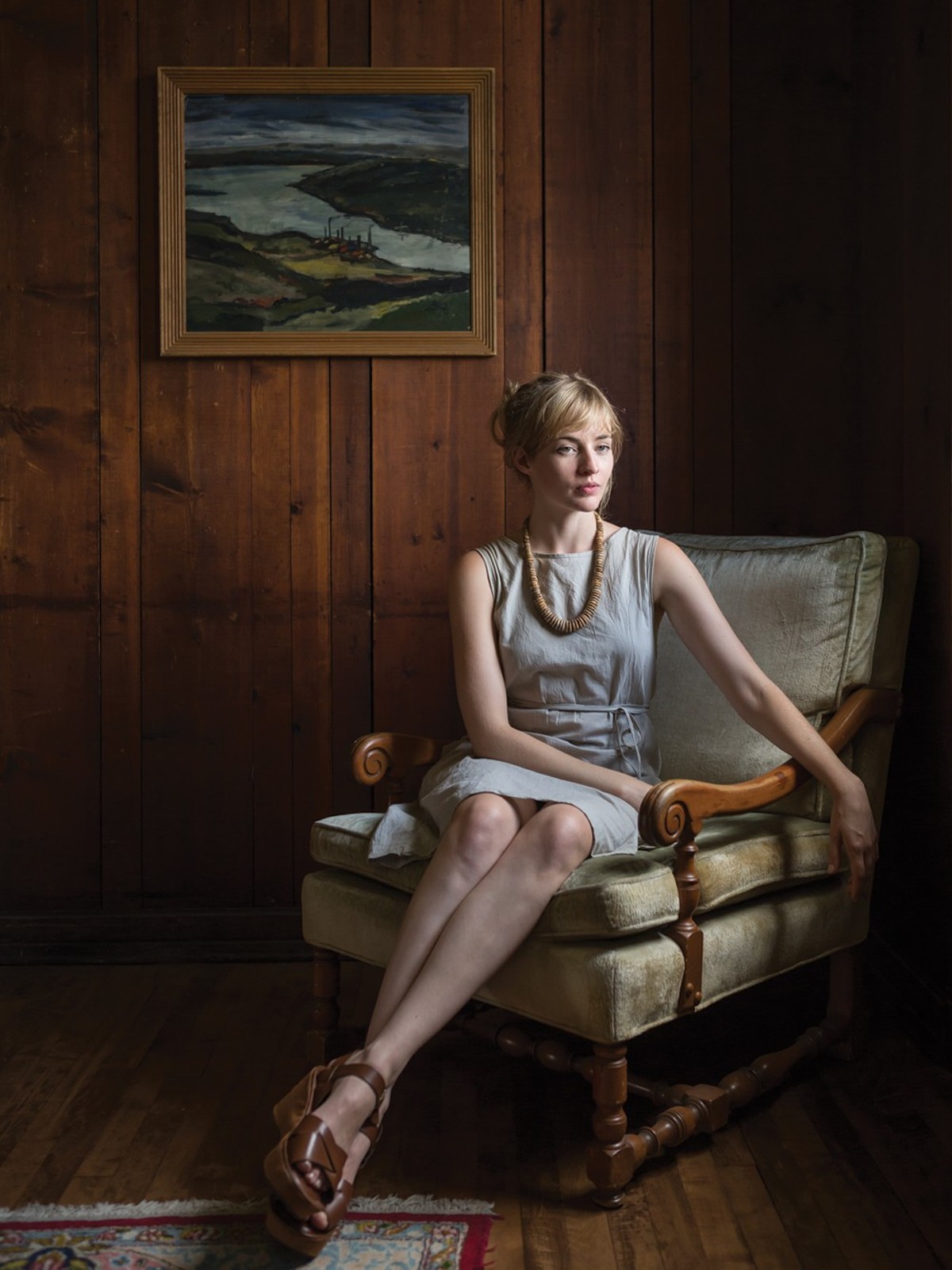 The Scarab Club was founded 110 years ago as a sort of do-it-yourself project by Detroit's upper-crusters to celebrate, discuss, and enjoy art. It set up shop a stone's throw from the Detroit Institute of Arts when the DIA was brand-new, and celebrates its 90th anniversary next year. It's a one-of-a-kind club, and the rafters of its second-floor lounge have been signed by such artists as Marcel Duchamp, Diego Rivera, Norman Rockwell, and Gilda Snowden. It's a priceless piece of history.

But as an institution, it seemed to cater to more established, older artists, removed from the energy of Detroit's younger art scene. Enter the club's new executive director, Ashley Hennen: She's charged with breathing new life into the institution. It's fitting that the ancient club, named for a symbol of creation and regeneration, should find new energy in the willowy 29-year-old, who has already helped bring membership to its highest total yet.

As Hennen relaxes for a moment in the club's rear garden, she rattles off the amenities and extensive programming, much of it new, that the club offers. There's a lot packed into the unassuming building: three floors of galleries, member exhibitions, displays of works from the club's permanent collection, juried shows, curated shows, established artists exhibits, chamber music concerts, sketch classes. And that's not to mention the Knight Foundation-funded Night at the Scarab Club concert series exploring Detroit's musical history, or such literary programming as the Woodward Line poetry series or the Regular's Table in collaboration with Detroit Research.

"We are also looking at installing a coffee service too," Hennen says, "so it really becomes a place where people can come hang out, get some work done."

But in addition to projects, programs, and pour-overs, Hennen hopes to foster one of the club's original purposes: a place for people to gather and discuss art and ideas.

"There are a lot of galleries in the city, and more and more coming all the time," Hennen says. "But I think what's different about the Scarab Club is that it's more than just a place to hang art, it's more than just a gallery. It really has a kind of intimacy. It's a club, but it's open to the public. We don't charge admission. This is a place where there is an opportunity to feel this sense of ownership. Like if you walk into the DIA, who feels ownership over something like that?"

To Hennen, no radical changes are needed. She has focused on getting the word out, especially to the younger generation of millennials now calling Detroit home. That has meant e-blasts and aggressive use of social media, building on the club's recent full-spectrum branding makeover, which included an original video series featuring Scarab Club artists.

"The history here, the story here, it's so rich," she says. "It's just a matter of telling it."

It seems that there's no place Hennen would rather be. She says she's lived in suburbia, in college towns, and rural precincts, but finds herself right at home with her mission here in Detroit.

"I think this is a really interesting time and place to live," she says. "There's a lot of interesting questions that come up in the city."

Thanks to her efforts, those questions are ensured one more place to be discussed.

Born in 1969 at Mount Carmel hospital in Detroit, Jackman grew up just 100 yards from the Detroit city line in east Dearborn. Jackman has attended New York University, the School of Visual Arts, Northwestern University and Wayne State University, though he never got a degree. He has worked as a bar back, busboy,...
Read More about Michael Jackman
Scroll to read more The People Issue articles