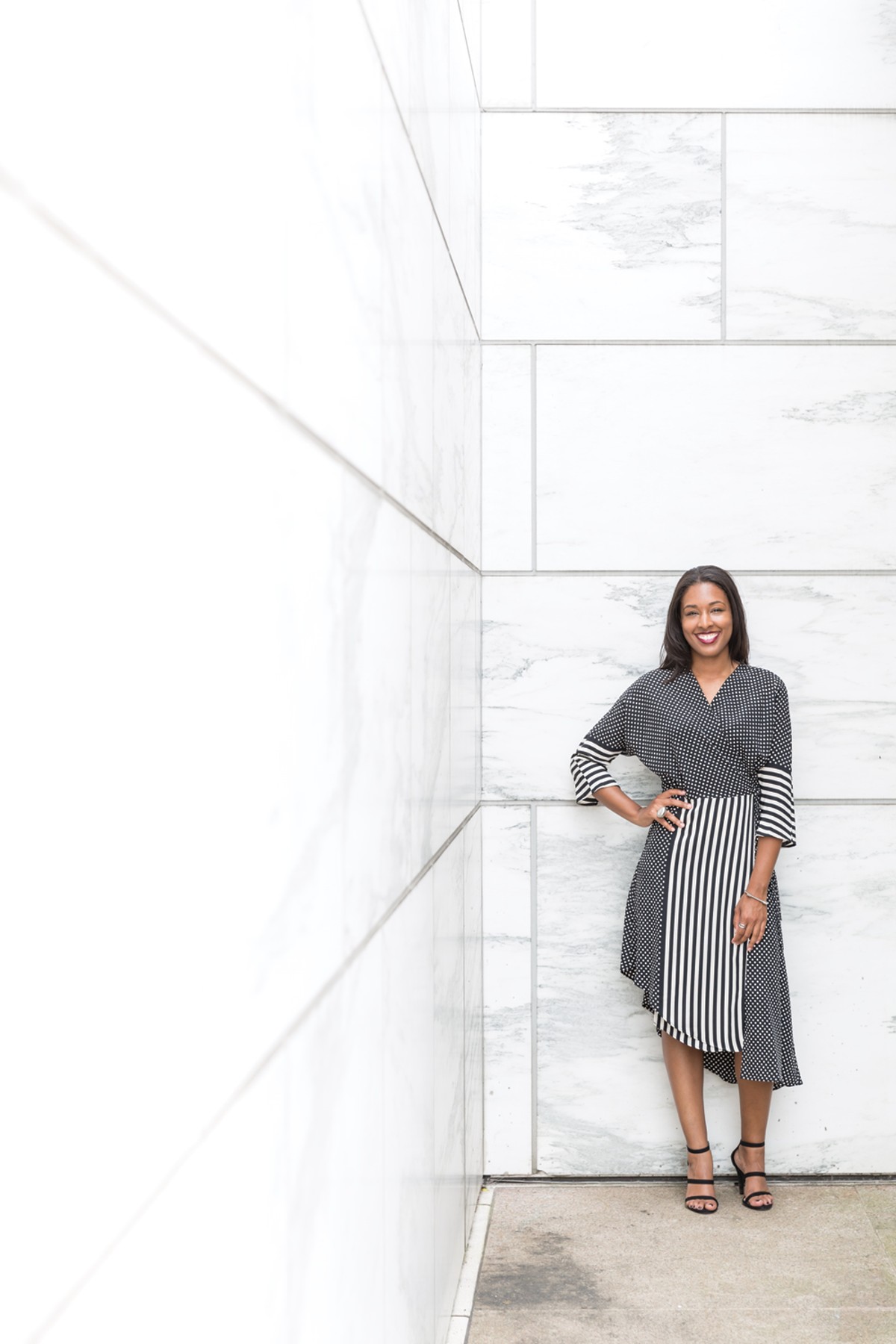 It's been a busy year for Taylor Renee Aldridge.

In late 2016, the arts writer joined the Detroit Institute of Arts rejuvenated Contemporary Art department as an assistant curator under new hire Laurie Ann Farrell. Her online arts journal Arts.Black was named a Knight Arts Challenge winner, and was awarded a $15,000 grant. Her writing also earned her an Andy Warhol Foundation Arts Writers Grant, and most recently she was announced as one of the recipients of the Kresge Literary Arts Fellow grant. Again, this was all since late 2016.

It all came somewhat suddenly for Aldridge. Staying in Detroit wasn't originally her plan. Detroit-born and raised, Aldridge left in 2007 to pursue an undergraduate degree at Washington, D.C.'s historically black Howard University and later, a master's degree from Harvard.

Aldridge returned in 2015 "initially to just work on my thesis, and have some quiet time away from the East Coast," she says. "But then I immediately fell back in love with Detroit."

When Aldridge returned, she found that quite a bit had changed in her hometown. Parts of downtown were all but unrecognizable to her, having been transformed during the rise of Dan Gilbert. The city's image was even transformed in the national media, suddenly in vogue as a "comeback city" and a destination for aspiring artists.

One piece in the national media immediately stood out to Aldridge; a Vulture magazine story comparing the Motor City of today to 1970s Soho, which asked nine artists why they chose to live in Detroit. Aldridge found a glaring flaw with the piece — it featured almost entirely white transplants to the city.

So Aldridge took to her then-new arts journal, Arts.Black, to write one of her site's first posts — a thoughtful yet scathing critique that included her own list of nine contemporary Detroit artists of color. The post went viral.

"I was just re-reading it. I was like, 'Wow, I was completely fearless at this point in time,'" Aldridge laughs. "But I just was really surprised and taken aback by the fact that I had come home and read this article about the Detroit arts community, and it did not include any of the people who I thought should be included, or people who have really been contributing to the arts community here for some time. I thought it was pretty tone-deaf."

Aldridge had started the journal just months before, along with New York-based co-founder Jessica Lynne. She says it was a natural extension of her thesis research. "We were really curious to find out where the black art critics are, because those voices are very important as we build up what will be the future art history of this moment," she says. "We had some difficulties just finding people who strictly identify as art critics. So we thought we would create a space where black art critics could be nurtured."

It wound up being perfect timing. Since taking the helm of the DIA in 2016, director Salvador Salort-Pons announced a multimillion-dollar focus on acquiring new African-American art. By the end of the next year, the DIA brought in Farrell to head up the contemporary art department, also hiring Aldridge and Lucy Mensah — both African-American women — as assistant curators.

It's the first time the department has had a staff this big in more than 15 years. The first order of business, Aldridge says, is working on a complete reinstallation of the contemporary art gallery. Slated to debut in 2019, the facelift will involve pulling older pieces from the museum's archives as well as acquiring all-new works of art. It will be the gallery's first major reinstallation since the museum's big expansion in 2007.

"We're in a really unique position as a department because we get to get new artwork, and we get to work on remodeling the gallery, which is a dream," Aldridge says.

In the meantime, there's plenty of work to be done. Aldridge and Lynne are planning an Arts.Black book fair for Aug. 26 at Good Lab gallery in Detroit. As part of the 50th anniversary of 1967, Aldridge is also coordinating a "Wikipedia edit-a-thon," which would invite members of the community to debate, discuss, and edit Wikipedia's pages on the 1967 uprising.

Leyland "Lee" DeVito grew up in the suburbs of Detroit, where he read Metro Times religiously due to teenaged-induced boredom. He became a contributing writer for Metro Times in 2009, and Editor in Chief in 2016. In addition to writing, he also supplies occasional illustrations. His writing has been published...
More
Scroll to read more The People Issue articles
Join the Metro Times Press Club