Tashmoo Biergarten, the latest local products, Detroit cocktails past and present, and listings of some of the best places to hoist a pint glass 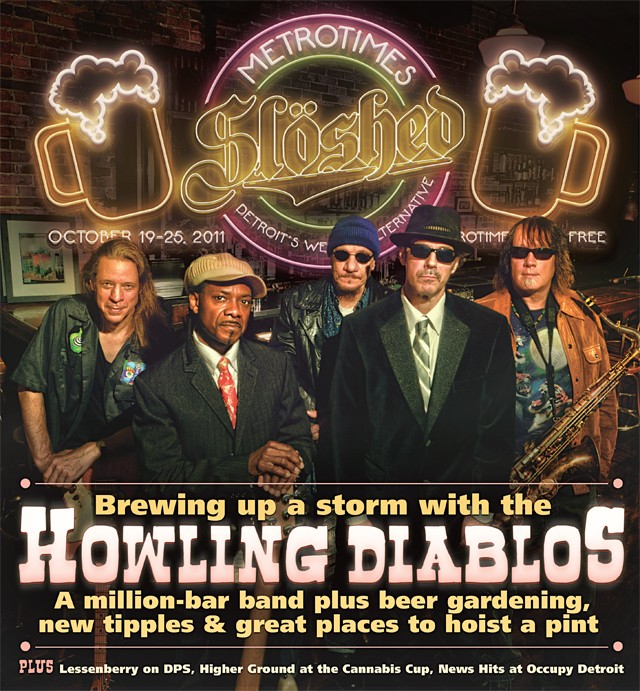 Welcome to another Slöshed issue of Metro Times, bringing you the last word in beer, bars and much more. This time, we have the lowdown on Detroit's first pop-up beer garden, the latest local products, Detroit cocktails past and present, and listings of some of the best places to hoist a pint glass in town — as well as a long, loving look at a band that has played for decades in more bars than you can shake a mug at. Enjoy!

Building community in Detroit's West Village — by the glass

All the News that brews

From Atwater, B. Nektar Meadery, North Peak and New Holland

The Hummer cocktail: Born in Detroit

Some better bars, for beer, lore and more

MT's own Michael Jackman talks to Craig Fahle about the Sloshed 2011 special issue.