Did you, uh, hear something? Since closing in 1981, Westland’s Eloise Psychiatric Hospital has become an abandoned destination for urban explorers and haunt hunters, whether by trespassing or taking advantage of owner-sanctioned paranormal tours. And now, thanks to a new, very costly and high-tech facelift, it looks like ghosts won’t be the only thing — allegedly — haunting the hallways of the hulking asylum, once considered the nation’s largest.

Brave souls who dare to get up close and personal with Eloise Asylum now have the chance, as owners unveiled two new immersive horror experiences — and no expense has been spared. The new high-tech multi-million dollar haunted attractions span 30,000 square feet and are described as having a “world-tour level production” thanks to cold spark pyrotechnic simulators, a Tesla coil, advanced projection mapping, and more. The walk-through attractions include more than 100 staff and professionally trained scare actors each night, and take roughly 35-40 minutes to complete.

So, yes. This is a haunted attraction within an allegedly haunted (one of the most haunted, according to some) former psychiatric hospital where, at one time, its patients with mental disabilities were housed on the second floor of a building used to hold pigs. It is said that people in the neighboring communities complained of hearing the eerie cries of despair from the patients mixed with the pigs’ squeals. So this is probably fine, right? 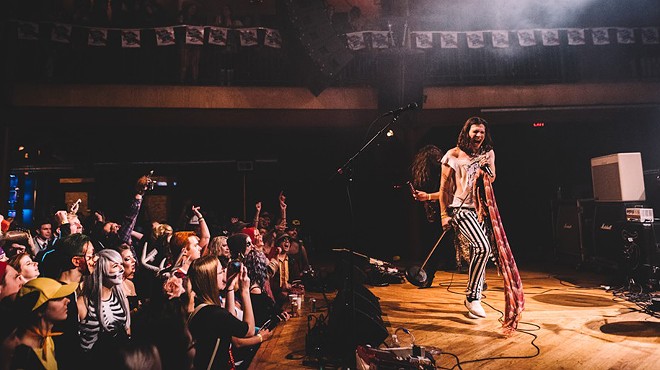