How two refugees in Detroit are embodying the American dream 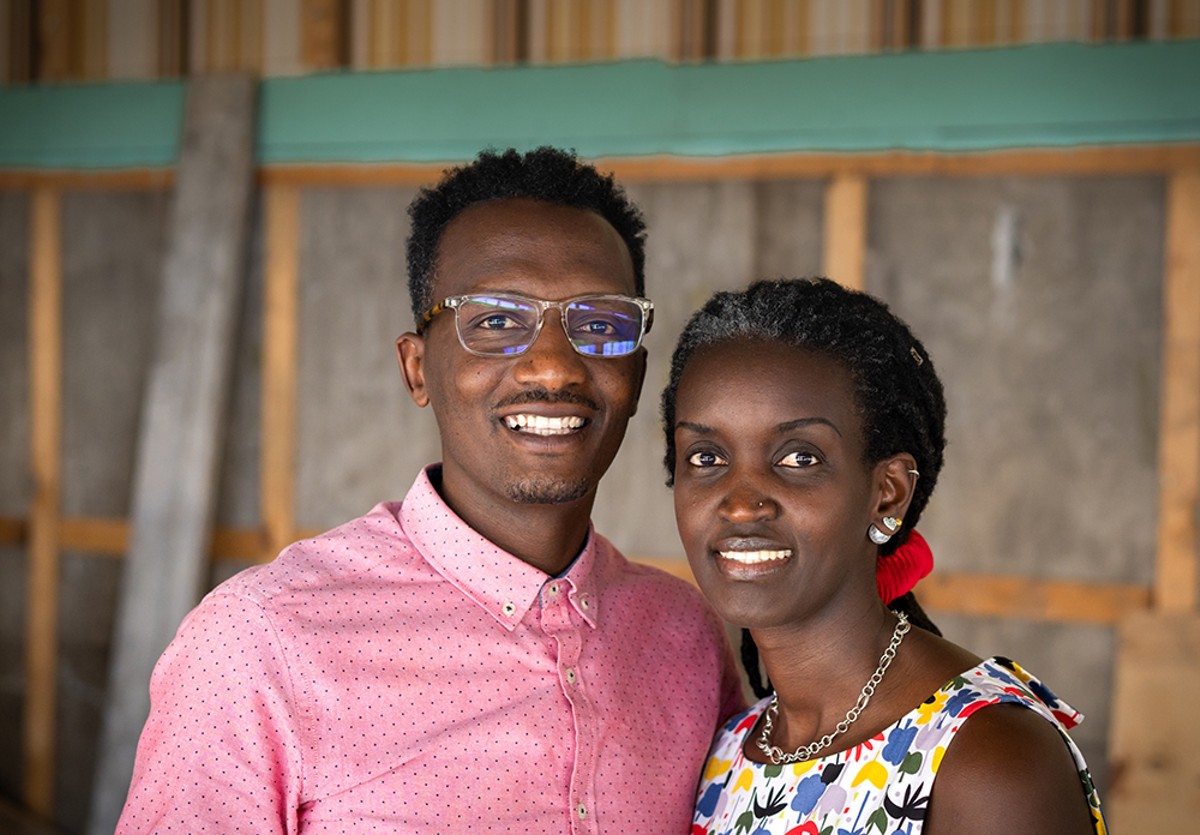 The story of Nadia Nijimbere and Mamba Hamissi is an especially important one in the United States in 2018. They fled their war-torn home of Burundi in recent years, landed here with next to nothing, sought political asylum, and later this year are opening a highly anticipated restaurant on Woodward in New Center. They are the embodiment of the American Dream, and yet they are the type of people our president likes to villainize. But their story is one of many that proves his narrative wrong.

Nijimbre and Hamissi's new lives started in 2013 when Nijimbere — then working as a human rights activist in the increasingly violent East African nation — fled to the U.S. to seek asylum as a hostile government started targeting her.

When she arrived in Detroit, she was taken in by Freedom House, a home in Southwest Detroit that provides temporary housing and other services for asylum seekers.

"The first time I knocked on the door, I said, 'Oh my god, what am I going to do here?'" Nijimbre says. But people helped me, they were so amazing, and I found people from Burundi and Rwanda, so I was happy. ... I said, 'Oh I'm not the only person in this situation — we are from different background and countries, but we are one family, so I started feeling at home."

She would need that support as she learned upon arriving that she was pregnant with twins. Several years later, after the U.S. rejected two visa applications and approved a third, Hamissi joined his wife.

But he wasn't totally thrilled with where he landed — a menial job in a factory wasn't ideal for a person who worked in marketing in his home country, and Detroit's harsh winter weather is a lot for someone used to temperatures more in line with Florida. The couple considered a move to Dallas or somewhere warmer.

Then Trump won the 2016 election, and suddenly an even colder destination than Detroit looked appealing — Canada. The election of a xenophobic hatemonger drove many of the nation's asylum seekers to Toronto and other Canadian cities, and Hamissi and Nijimbere considered joining the migration. But their immigration attorney convinced them to wait it out, and in mid-2017 they were granted asylum. By that point, Nijimbere had been here for four and a half years, Hamissi had been here for several years, and their kids were born in Detroit — it was home, and a home they had grown to love.

"We had a second life, we had asylum, so we are going to stay because everything here is home," Hamissi says. "We said, 'Let's stay home, but what are we going to do for the community?'"

They decided to introduce Detroit to the flavors of East Africa, and from there things moved quickly. Several late 2017 pop-ups for their new restaurant concept, Baobab Fare, were a hit. They won $50,000 in the Hatch Detroit contest in late 2017, the community rallied around them, and in 2018 they fell into an enviable location at Woodward Avenue and West Grand Boulevard.

But the restaurant also serves another purpose — demonstrating to refugees at Freedom House that they can build a new and successful life in Detroit, and employing other refugees.

"At Freedom House, we want to show other residents, 'Hey, you are home now. You can do this, you're not just immigrants but residents," Hamissi says. "The right place to do that is Detroit because you have the support of everyone here."

Though they say the new life has been a challenge at times, the couple, who now live in Grosse Pointe Park, continues to move forward.