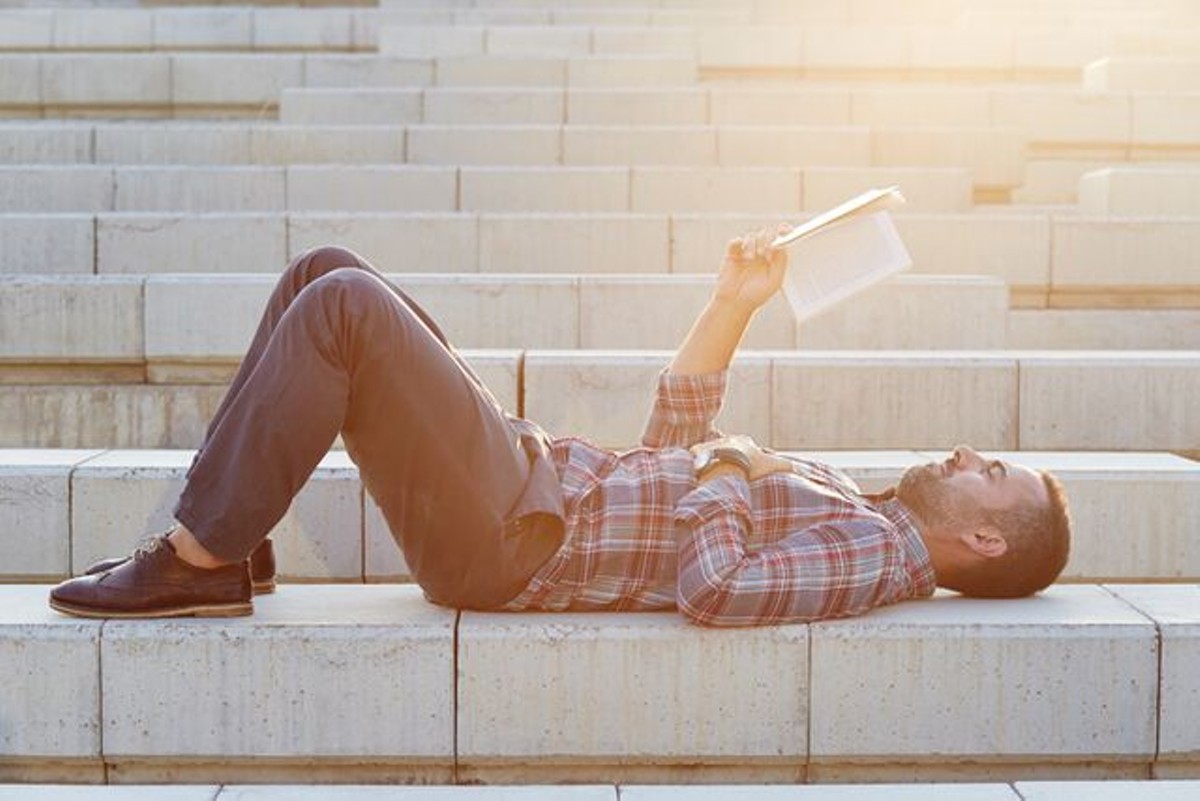 Michigan has a backlog of connections to classic writers, and it's all captured masterfully in Luminaries, which features local Detroiter Clark waxing poetic about everything from Ernest Hemingway's roots in the northern lower peninsula to the efforts of Joyce Carol Oates and so on.

The High Strung singer's debut novel came out last year to critical acclaim. Malerman scored a six-figure multi-book deal from HarperCollins, and, even better, Bird Box will be transformed into a film. When MT spoke with Malerman, he summed up the book as such: "Bird Box is essentially a young mother's tale of raising two children in a macabre, shadowy, and extremely dangerous world."

Daniels tackles a subject intimately familiar to anyone who's seen that one Eminem film. In Eight Mile High, readers are treated to an intimate look at what's arguably the region's most famous drag, with mentions of passing bars, restaurants, and more. Daniels' characters reek of a working sensibility, attributed, of course, to being raised in such a place.

OK, OK: Madigan Hoen does live in Brooklyn, New York, today, but the guy established his roots in Detroit, which plays a key role in this gripping memoir set in the city's hardcore punk scene during the 1990s. The former Thoughts of Ionesco frontman recalls his time growing attached to the music, while discovering his father's crack addiction. It's a stirring narrative worth your while. It's even won the praise of Elizabeth Gilbert, who penned Eat, Pray, Love; the author wrote she "enjoyed every page" of Madigan Hoen's tale.

If poetry is your thing and you're itching for something new, some of Lauchlan's lines in his recently released Trumbull Ave. will almost certainly fill the void. Lauchlan offers rhythmic verses that flow eloquently into one another, with topics covering working-class metro Detroiters to wonderful expositions on the environment. It encapsulates everything that was, and is, Detroit.

The third novel from Michigan-made Harrison zeroes in on a 43-year-old teacher named Joseph. When you meet Joseph here, he's going through hell, with his school closing, his mother dying, and it all sucks. Harrison's prose reeks of Midwest sensibility, and that shines through even more with one of Joseph's counterparts in Farmer, the backdrop of Michigan. If you don't want this, try Harrison's True North.

Ernest Hemingway — "The Torrents of Spring"

Hemingway offers a well of material to pick at, but if you want a sense of Papa's Michigan, it's best to start with his initial offering in The Torrents of Spring. The story is set in northern Michigan and focuses on two men who just returned from World War I, the finely named Yogi Johnson and Scripps O'Neill. The two search for women of their desire throughout the book, which constitutes most of the plot. If you're an aspiring writer, and Hemingway is an idol, this should make you want to leave your drafts for good: He wrote this book in 10 days.

It's hard to pick one of the litany of books produced by Elmore Leonard, but Killshot is a doozy. You may recall the film starring Mickey Rourke with the same name; like so many other memorable movie plotlines, the genesis stemmed from Leonard. Set in Missouri, the plotline is basic: A married couple tries to rid themselves of hitmen, and the book builds beautifully to a perfect apex.

Set in everyone's favorite congregation of cities that refuse to share the same name, Grosse Pointe, Eugenides' debut novel captures the essence of a suburban tragedy: Five sisters in the Lisbon family succumb to tragedy and forever change the lives of a group of local teenage boys. It's the book that set the stage for Eugenides career into present day.

Mark Binelli — "Detroit City Is the Place to Be"

Binelli, in the years running up to Detroit's historic bankruptcy, served up some of the most revealing and interesting stories about the city. In Detroit City, he examines the array of characters looking to claim a stake in the city as it tries to find some financial footing to ground itself in. Of all the Detroit-centric books released in recent years, this is one that should be atop anyone's list.

Ryan Felton was born in 1990 and spent the majority of his childhood growing up in Livonia. In 2009, after a short stint at Eastern Michigan University, he moved to Detroit where he has remained ever since. After graduating from Wayne State University’s journalism program, he went on to work as a staff writer...
More
Scroll to read more Made in Michigan articles
Join the Metro Times Press Club