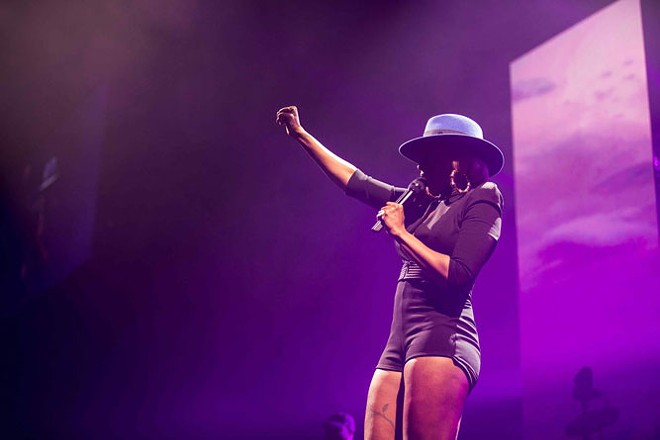 Zac Brown Band
Thursday, 6/8
Get ready to put your toes in the sand, er, the grass of the DTE Energy Music Theatre hill. Zac Brown Band will be returning to play their Welcome Home tour. Listen to hits from the band and songs from their recently released album at this country show.
Doors open at 7 p.m.; DTE Energy Music Theatre, Clarkston; palacenet.com; only resale tickets available.

John Legend
Friday, 6/16
With the different sounds from John Legend's recent album Darkness and Light, this concert is sure to bring you a mix of upbeat and deep music. With hits such as "All of Me" and "Love Me Now," Legend will have you crying and dancing in your seat by the end of the night.
8 p.m.; Meadow Brook Amphitheatre, Rochester Hills; palacenet.com; tickets start at $33.

Joss Stone
Thursday, 6/22
The British soul singer with a huge voice has been laying low since she burst into the scene in the early 2000s. We think that since she's playing Detroit, she is basically obligated to do her gender-swapped cover of the White Stripes' "Fell in Love with a Girl." Stone performs with special guests Charles Bradley and His Extraordinaries.
Doors at 8 p.m.; Chene Park, Detroit; 313-393-0292; cheneparkdetroit.com; tickets start at $23.

Monica and Ashanti
Friday, 6/23
Another early '00s artist, Ashanti, seems to be gearing up for a big return, posting a mysterious clip on Instagram earlier this month. Meanwhile, singer Monica is still promoting Code Red, released at the end of 2015. With Donell Jones and Case.
Doors at 8 p.m.; Chene Park, Detroit; 313-393-0292; cheneparkdetroit.com; tickets start at $36.

Train: Play That Song Tour
Sunday, 6/25
Train will be making a stop in Michigan along with O.A.R. and Natasha Bedingfield on their "Play That Song" tour. This tour will be following the release of their newest album, A Girl a Bottle a Boat.
Doors open at 7 p.m.; DTE Energy Music Theatre, Clarkston; palacenet.com; tickets start at $21. 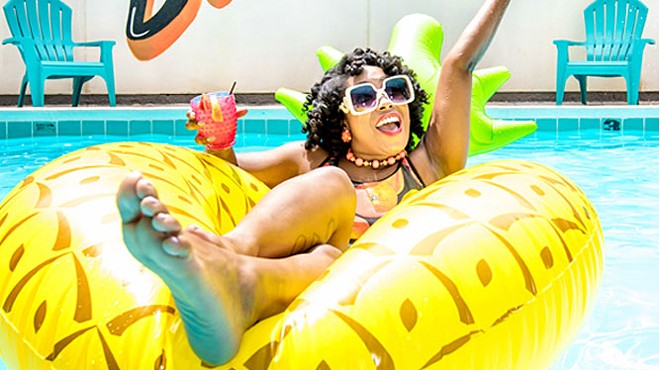 AMP LIVE 2017
Sunday, 6/25
This annual summer concert presented by 98.7 AMP Radio is looking to be a star-studded night of performances as Jon Bellion, Niall Horan, Hey Violet, and Noah Cyrus are set to take the stage. Jon Bellion debuted his first album in 2016 with his first single "All Time Low" reaching the top of the charts. Niall Horan, a former member of One Direction, debuted his first single "This Town" in 2016 and recently released his second song "Slow Hands." Hey Violet's new album is set to release in 2017 and Noah Cyrus has released two songs herself, "Make Me (Cry)" and "Stay Together." This is a concert you do not want to miss.
7:30 p.m.; Michigan Lottery Amphitheatre at Freedom Hill, Sterling Heights; palacenet.com; tickets start at $19.

Jimmy Buffett and the Coral Reefer Band
Tuesday, 7/11
Listen to classic hits during this I Don't Know tour. With the hot July sun and endless drinks, this concert will make you feel like you are wasted away again in Margaritaville.
Show starts at 8 p.m.; DTE Energy Music Theatre, Clarkston; palacenet.com; tickets start at $145.

Tom Petty and the Heartbreakers
Tuesday, 7/18
Catch Tom Petty and the Heartbreakers in July on their 40th Anniversary Tour. For fans of hits such as "Free Fallin'," "Rockin' Around (With You)," and "Mary Jane's Last Dance" this one is for you. This concert is sure to take you back to the peak of the 70s and 80s.
7:30 p.m.; DTE Energy Music Theatre, Clarkston; palacenet.com; platinum tickets available for $325. Mo Pop Festival
Saturday, 7/29-Sunday, 7/30
The 2017 line-up of the annual Mo Pop Festival in Detroit includes artists you do not want to miss. This two-day music festival includes performances from Foster the People, Run the Jewels, Phantogram, ALT-J, Solange, Tyler the Creator, Vance Joy, and more. The festival also offers a food truck alley and a Riverside Biergarten where you can choose from a wide selection of food and grab a cold beer on your way to the next performance.
Doors open at 1 p.m. both days; West Riverfront Park, Detroit; mopopfestival.com; single day tickets start at $75, day of show $90; weekend tickets start at $109.50.

Mary J. Blige: Strength of a Woman Tour
Tuesday, 8/1
With her first album since 2014, Mary J. Blige has released a collection of songs sure to impress. Featuring collaborations with DJ Khaled, Missy Elliot, and Quavo, this latest album is not something you want to miss on the Strength of a Woman Tour.
8 p.m.; Michigan Lottery Amphitheatre at Freedom Hill, Sterling Heights; tickets start at $26.

89X Birthday Bash presents Young the Giant: Home of the Strange Tour
Thursday 8/3
Young the Giant will be headlining this year's 89X Birthday Bash along with Cold War Kids and Joywave. Young the Giant released their album Home of the Strange last August and Cold War Kids released their album L.A. Divine in April 2017. Joywave is also set to debut new music at the end of July, which will hopefully make an appearance at the 89X Birthday Bash. Come out and celebrate another year of 89X with this amazing line-up of artists.
7 p.m.; Michigan Lottery Amphitheatre at Freedom Hill, Sterling Heights; palacenet.com; tickets start at $16.

Goo Goo Dolls: Long Way Home Summer Tour with Phillip Phillip
Thursday, 8/3
Get a chance to listen to classic hits by '90s darlings the Goo Goo Dolls along with their recently released EP at their tour this summer. Special guest Phillip Phillips, who won the 11th season of American Idol, will be joining them.
7:30 p.m.; Meadow Brook Amphitheatre, Rochester Hills; palacenet.com; tickets start at $25.

I Love the 90's: The Party Continues Tour
Sunday, 8/6
TLC, Sugar Ray's Mark McGrath, Naughty by Nature, Blackstreet, Biz Markie, Montell Jordan, All 4 One, Snap!, and C&C Music Factory with Freedom Williams are some of the artists on the lineup this year. If you know every word to "Waterfalls" or "No Diggity," this is the tour for you.
Starts at 7:30 p.m.; DTE Energy Music Theatre, Clarkston; palacenet.com; tickets start at $23.50.

John Mayer
Friday, 9/1
Following the release of The Search for Everything: Wave One in January and the release of Wave Two about a month later, John Mayer has recently announced a North American summer leg of the Search for Everything tour with a stop in Detroit on the first day of September.
7 p.m.; DTE Energy Music Theatre, Clarkston; palacenet.com; tickets start at $37.

Sublime with Rome & The Offspring
Saturday, 9/9
Co-headliners Sublime with Rome and the Offspring are starting the North American leg of their tour in July. The '90s nostalgia will be strong.
7 p.m.; Michigan Lottery Amphitheatre at Freedom Hill, Sterling Heights; palacenet.com; tickets start at $25.50.