Labor Day weekend heralds many things, but one of the very best is our hometown Jazz Fest, now in its 40th year of presenting a wide-ranging, yet carefully curated selection of the greatest the genre has to offer. Legends and young lions converge among several stages in Hart Plaza and Campus Martius for four days of virtually nonstop action.

With the kind of lineup that the Detroit Jazz Fest tends to always have, it can be tricky figuring out who to see. Not to worry, as we chatted with several Detroiters in the music scene who are longtime lovers of jazz to find out who they're most excited to see — and why you should be too.

Matthew Smith (Outrageous Cherry, Matthew Smith Group): The highlight of the upcoming jazz fest, for me, is Sheila Jordan. She's originally from Detroit, was mentored and encouraged by Charlie Parker, and went on to collaborate with Lennie Tristano, Charles Mingus, Herbie Nichols, George Russell, Roswell Rudd, Steve Lacy, Carla Bley, and many other jazz visionaries. Her 1963 debut LP on Blue Note, Portrait of Sheila, is a moody, hypnotic jazz vocal classic. Her appearance on "You Are My Sunshine" on George Russell's The Outer View LP is great too. Sheila Jordan's voice draws upon a jazz history that she has often been right in the center of, and her melodies and improvisations take familiar jazz standards to a whole new level.

Marcus Elliot (Balance, saxophonist in various projects, including his trio, which is releasing a new album this fall): I'm really looking forward to catching Joshua Redman's group, Still Dreaming. Redman is one of my favorite tenor saxophone players and someone I've been following since I was in high school. There's a song called "Jazz Crimes" on his album Momentum. When I first heard that song, it really left an imprint on me. I fell in love with his control over the saxophone and how he seemed to be able to play anything that he wanted to play, whenever he wanted to play it.

When it comes to the Jazz Fest, I usually just show up and walk around from stage to stage because there's always so much going on. It's hard to miss anything because you can just walk around and see whatever it is you want to see. 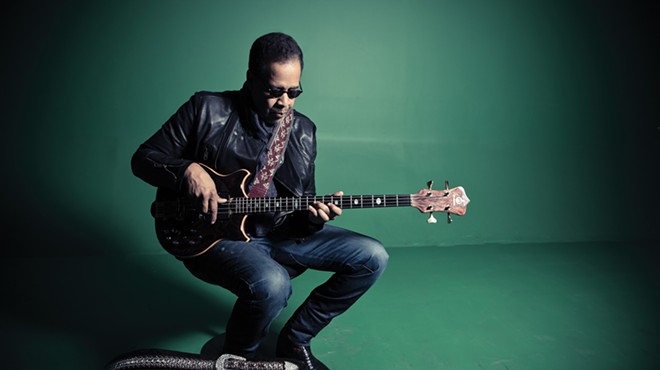 Gayelynn McKinney (Straight Ahead, McKinFolk, accomplished Detroit drummer): I've admired Stanley Clarke since I was a young teenager. I used to practice with his School Days album. I like his dynamic style of playing the bass, not only as a foundational instrument but as a melodic one too. His knowledge of the bass has always been intriguing to me. Straight Ahead actually opened for him twice, and I've always just enjoyed checking his shows out. At one point, one of my wishes was to be able to play with him one day. [Laughs.] That hasn't happened yet, but maybe it will one day.

Michael Malis (Balance, composer/pianist in various projects): When I looked at the lineup, a few things caught my eye. One is Joshua Redman's project, Still Dreaming. One thing I love about that group is that Joshua Redman's father, Dewey Redman, was an original member of Old and New Dreams; to hear Joshua Redman paying tribute to that is a really unique experience. For a long time, a lot of people who knew Dewey Redman's music were really surprised when they heard Joshua because he sounded so little like his dad. But he's an amazing saxophonist, and to hear him now come back around to that sound is awesome. And it's a great band, Scott Colley is one of my favorite bass players.

The Kenny Garrett Quintet also caught my eye. When I was young, maybe 13 or 14 years old, seeing Kenny Garrett play was one of the shows that made me want to become a jazz musician. I'm forever a huge fan. He always brings it, but especially when he's in Detroit with a hometown crowd. He's gonna be on fire. 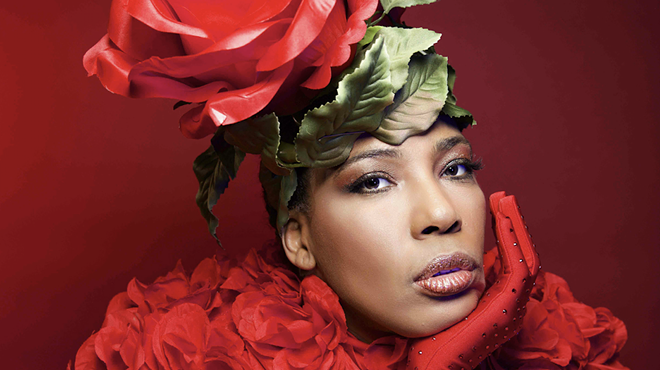 Barbara Barefield (photographer and jazz concert producer/presenter): My top choices are Shahida Nurullah and Good Company, along with the Marion Hayden Trio supporting Sheila Jordan. Although I have seen and presented both Shahida and Marion numerous times on the Palmer Woods Music In Homes concert series I produce with my husband, jazz composer and guitarist A. Spencer Barefield, they are some of Detroit's and the world's finest artists. I want to highlight them because our Detroit treasures sometimes stay under the radar when we have so many out-of-town "stars" headlining the festival. I am also looking forward to seeing Kenny Garrett. I remember first hearing him and photographing him in the late 1970s when he was a talented teen being mentored by the late, great Marcus Belgrave at Belgrave's Jazz Development Workshop.

Aaron Anderson (Street Corner Music): Ron Carter – excuse me – RON CARTER!!! The pride of Ferndale, Cass Technician, Detroit jazz legend, most recorded bass player in history, and master of bass badassery. Do you like jazz? Then Ron Carter's bass has probably graced your ears, nimbly holding your favorite songs together and expertly pushing your favorite artists to new heights. And you just snapped your fingers, yelled "Go cat, go," and never read the album credits to see who was playing bass. Shame on you. Here's your chance to make up for that and see the man play, hear what 60 years of jazz bass virtuoso sounds like, and experience one of our city's greatest gifts to music. You got two chances so there's no excuse. Saturday Ron plays with his group the Ron Carter Quartet and on Sunday see him play with Pat Metheny, a man who once savaged Kenny G so badly in Downbeat it probably still hurts the Woodwind Weasel's soul, and occasionally plays guitar too.

John Taylor (Griot Music Lounge, founder and owner): I've checked out jazz festivals around the world, and the very best one in the entire world is in Detroit, Michigan. I say that as a critic, fan, and person who loves being able to speak with honesty.

It may be a teary-eyed show for Terence Blanchard, with his Art Blakey project, being that he came out of the Jazz Messengers. The most important thing about Terence that I don't hear a lot of people talk about is his humility. Everything he's ever done with other artists, he's done with great empathy while keeping his own creativity. Terence Blanchard is a walking Hall of Famer.

The Detroit Jazz Fest is packed every day! By the time people get here Monday, they're gonna be exhausted.

Chris Collins (Festival president and artistic director): The umbrella answer is that with the Detroit Jazz Fest Live app, you can search by keywords and put in your likes, and the app will suggest performances. It's a tool that will help people identify the things that will mean a lot to them, because we know there's a lot of overlap and choices have to be made.

I would love to sit and listen to each and every one of these performances. That's how careful we are in selecting the performances; there's no filler.

Of course, I highly recommend opening night. It kicks off with Shannon Powell from down in New Orleans leading our students from the youth jazz program. That leads right into Danilo Pérez's Global Big Band Project, with so many special guests. It's a lot of new music that is a true fusion of Panamian, Cuban, and other Spanish-speaking traditions with American jazz sensibilities. Right after that, storming onto the Pop-Up Stage we'll have the great Soul Rebels, who are the first to play on that stage. We also have some very special announcements about the jazz community happening that night, and then closing the set will be Stanley Clarke. So that opening night is a powerhouse, and you get a sense of the festival. By then, a lot of the artists are in town, so after the main stage closes, you can go up to the Detroit Jazz Fest Jam Session at the Mack Avenue Jam Session Stage in the Marriott, and that goes until 2 a.m. All of the cats are at the hotel so they all go up — you might just find yourself drinking a beer next to Pat Metheny!