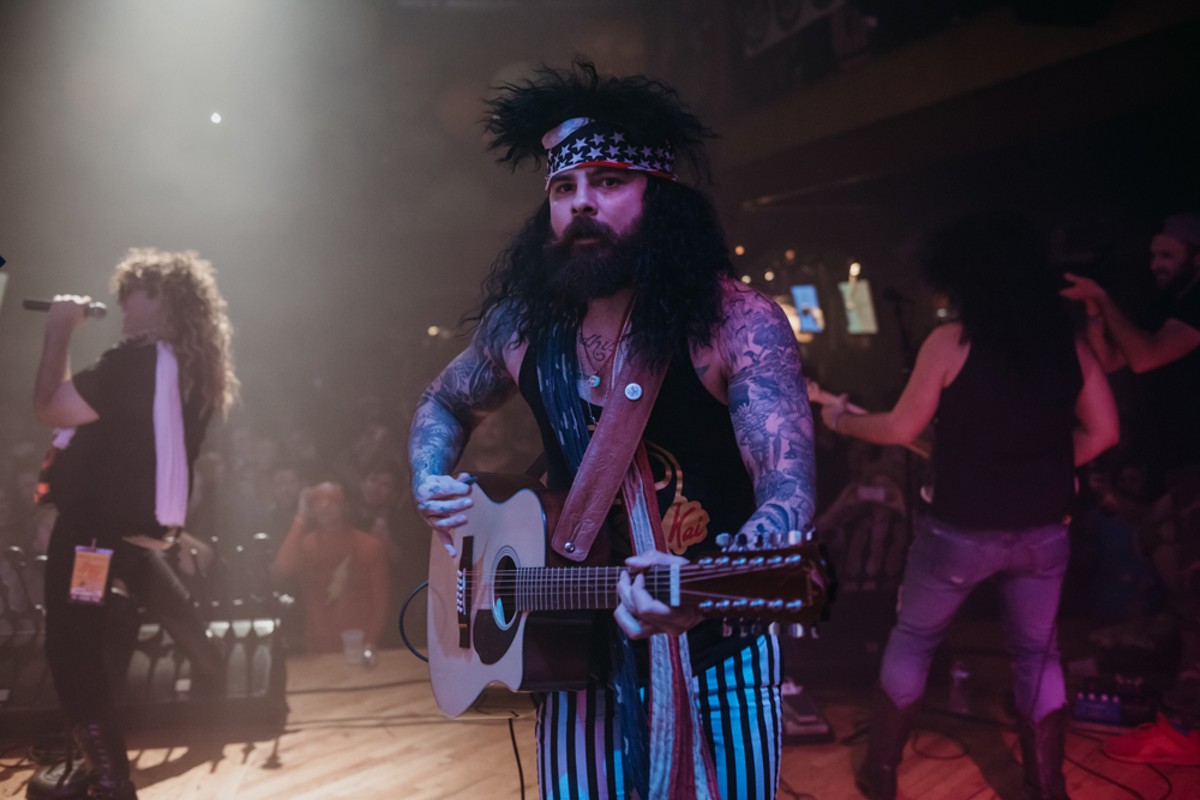 "[Creepy Cheapy] has always been, from that first year, an opportunity to live vicariously through a musical hero and become them for one night. Fans can see all these legendary bands that they might not otherwise ever get a chance to see." Jake Mulka

Just as many classic horror film franchises started off low-budget before they grew into blockbuster proportions, the same can be said, in a way, for the Crofoot's Creepy Cheapy Halloween party — which is now one of the area's most enthusiastically anticipated concert-costume party hybrid events.

Back in 2008, the first installment was concentrated inside the Crofoot's 200-capacity Pike Room performance space and had just three bands in costumes doing cover sets. Twelve years later, it has become the Pontiac entertainment complex's biggest event of the year, sprawling across all three of their performance spaces with 27 local bands and artists on Friday and Saturday, and an expected draw of some 1,500 partiers.

But back to that slasher-cinema analogy: While Freddy and Jason got ridiculous and Michael Myers went mainstream, this party made sure to hold onto the same kind of spirit and electricity that first brought it to life. Two local artists, Ryan Spencer and Phreddy Wischusen, were among the venue's stalwart contributors to events programming in its earliest years, and that Halloween, they proposed a simple premise: a show where you could see Nirvana (played by Child Bite), the Smiths (played by Prussia), and the Strokes (played by Javelins).

Alix Lemus works as Crofoot's marketing director, but he's also been a costumed performer several times, memorably as George Michael. "I remember Ryan Spencer [singer and guitarist of the now-defunct group Prussia] getting off stage that first year, after they'd played as the Smiths, and he said it reminded them of why they picked up their instruments, or why they first joined any band in the first place," he says. "[Creepy Cheapy] has always been, from that first year, an opportunity to live vicariously through a musical hero and become them for one night. Fans can see all these legendary bands that they might not otherwise ever get a chance to see."

"It did quickly become all about that vibe," says Chad Nicefield, the Crofoot's talent buyer (and, yes, also a sporadic Creepy Cheapy featured performer). "Bands would see other bands doing it and say, 'I want to feel that.' And when you're up there, it's like this internal competition with yourself and your band to be the best version of you inside that era, inside of those songs, that you can be. And you're so nervous you're going to fuck it up, but you're also so excited, and that energy has set this precedent for every band that's followed."

But Dan McGowan, one of Crofoot's co-owners and co-managing partners, remembers that the Creepy Cheapy's ascension wasn't always a sure thing. "By October 2008 we were smack dab in the middle of a recession," he says. "It was a tough time to run a business. Metro Detroit was in some serious shit. The Big Three hadn't yet been bailed out, and things were teetering on the edge. So we wanted to make sure to offer a tremendous value to our customers: cheap tickets, drinks, and lots of fun twists and added values. That recipe still works."

Part of that recipe is the inclusivity factor. "We have all kinds of people who come to Creepy Cheapy, and sometimes you can even tell just by the type of costume they're wearing," Lemus says. "You don't have to have a costume, some people are scared to dress up, but then this is where you can go overboard with your costume with tender loving care, or just throw something together in the car on the way here after a stop at Halloween U.S.A. We're not trying to be elitist in any way."

But the bands always go all out, dressing up as the artists they cover and nailing all the songs. This year features Mercury Rising as Queen, the Salty Dogs as the Ramones, Vazum as Depeche Mode, Tharsis They as Limp Bizkit, After Dark Amusement Park as the Beatles, and Ladysse doing a Katy Perry set on Friday and a Billie Eilish set on Saturday. Other iconic artists that will be covered include Nirvana, Lizzo, Madonna, Daft Punk, and Roc-a-Fella Records, among others.

Returning one last time to that horror movie angle, the Crofoot team has "created a monster" to an extent. "As early as April, each year, my inbox gets flooded" with prospective cover bands, Nicefield says. "Usually at that point I'm feeling a bit like a loose cannon and burned out, but then I get an email from a local artist six months out, asking about Creepy Cheapy, and all the memories and vibes come back to me and it restarts me back up at halfway through the year."

The event itself can be "nerve-racking," Nicefield says, "at least for the first 90 minutes. I feel like I'm constantly on eggshells just hoping everything's been communicated to everybody involved. There's always this point in the night, usually around 11 p.m., where it hits me that this is all fucking amazing. But then it's really at its height at midnight, and we're all feeling like, 'Holy shit, is our building going to explode? Are we going to make it? Is everybody going to live to the end?'"

Maybe they created a "monster," but it seems to be sprung from that first year's ignition of everyone's enthusiasm, nostalgia, and music-hero fandom. "In the end, I'm always amazed by how creative [attendees and performers] can be," McGowan says. "Everyone at Creepy Cheapy is in disguise and playing a part, and that has a way of loosening things up. People relax and enjoy themselves."

"For the Crofoot, this is our Christmas," Lemus says. "It's what I look forward to every year.'" 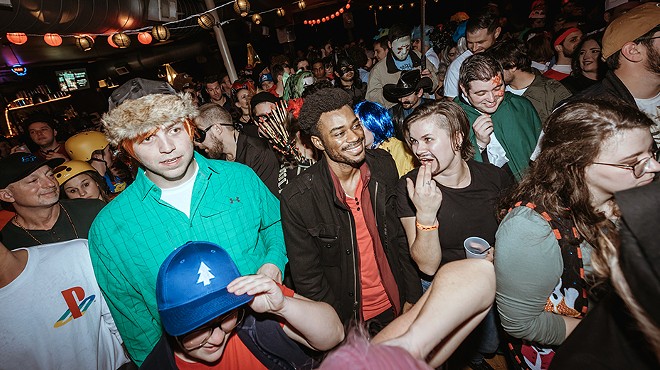