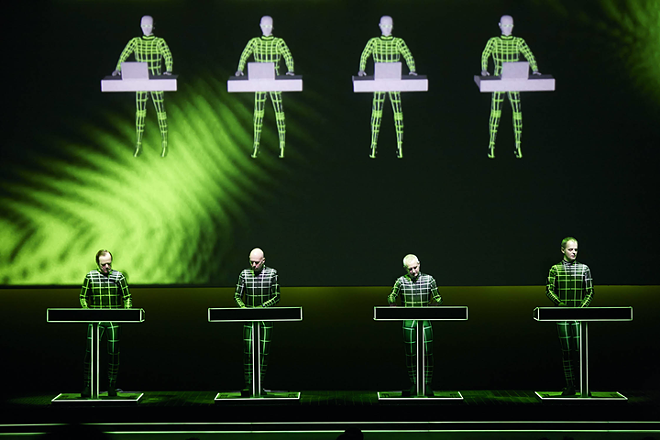 Influential German electronic music pioneers Kraftwerk were among those inducted into the Rock & Roll Hall of Fame this past weekend, and following the ceremony, the group has revealed their 2022 plans.

Kraftwerk will hit the autobahn, once again, this time for a 24-date North American trek that will "not only build on their concert tours worldwide 3D of the last ten years, but also mark the tour’s long-awaited launch after 2020 plans had to be canceled."


The tour will launch on May 27 out of St. Louis and will wrap in Vancouver on July 10. Detroit, however, will get its Kraftwerk fix on June 4. The band last brought its 3D tour to Detroit in 2015, and returned to headline Movement Music Festival in 2016.

Formed in 1970 by Florian Schneider — who left the band in 2008 and died last year — and Ralf Hütter, the members of Kraftwerk had by the mid-'70s established themselves as producers of revolutionary electronic compositions as well as technological innovators. In the past 50 years, Kraftwerk has served as an influence across electro, hip-hop, synth-pop, techno, and rock genres. Perhaps the most influential moment came when Kraftwerk's 1977 track "Trans-Europe Express" was sampled by hip-hop artists Afrika Bambaata and Soul Sonic Force in an early rap song "Planet Rock" in 1982.

The group has a special place in Detroit's heart; it is widely cited as a huge influence on Detroit techno, thanks to heavy rotation by trendsetting radio DJ the Electrifying Mojo.

The group’s Rock & Roll Hall of Fame induction, including remarks by Pharrell, will air on HBO on Nov. 20. Tickets for their 2022 tour go on sale starting Friday, Nov. 5 at 10 a.m. via axs.com.