On this day, Aretha Franklin recorded 'Respect' — and the world was never the same 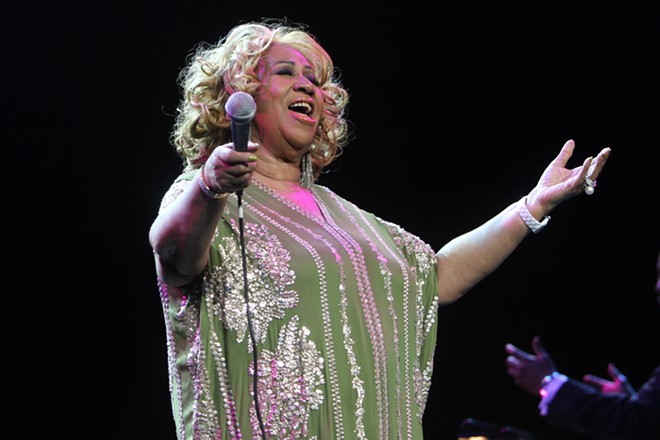 Valentine's Day roses, chocolates, and stuffed bears are so cliche. How about some damn R-E-S-P-E-C-T?

Oh, to be a fly on the wall on Valentine's Day in 1967 when the late Queen of Soul stepped into a New York City studio to record her anthemic version of “Respect,” a song first written and recorded by Otis Redding two years prior.

Though the song was originally written from a breadwinning male perspective and found Redding pleading for his “little girl” to show him some respect when he gets home from work, Franklin took some liberties when it came to recording her re-imagined iconic version, which was the second single off of her 10th studio record, and her first with Atlantic Records, I Never Loved a Man the Way I Love You.

On “Respect,” Franklin not only shifted the song's entire narrative from a funk-infused patriarchial ballad to a soulful, energetic, and intoxicatingly confident civil rights and feminist anthem, but she also amped up the tempo, added backup singers and their “sock-it-to-me” line, and, most notably, Franklin made the creative call to spell out “R-E-S-P-E-C-T,” something that was absent in Redding's version. Needless to say, the rest is history.

As an added element of catharsis, at the time of the song's recording, Franklin was embattled in an abusive marriage with her manager and first husband Ted White, whom she married when she was just 19. The two divorced in 1969.

Franklin's reimagining propelled the then 25-year-old to stardom and the song became the No. 1 song in 1967, took home two Grammy Awards the following year, and landed on Rolling Stone's list of 500 Greatest Songs of All Time at No. 5.

Franklin, who died of pancreatic cancer in August 2018 at the age of 76, will be the subject of two cinematic tributes this year, including an upcoming National Geographic series Genius: Aretha, starring recent Academy Award nominee Cynthia Erivo (Harriet) and an MGM produced biopic starring Jennifer Hudson titled Respect, which is expected to be released this fall.

Anyway, treat yourself to a rare live version of Franklin performing “Respect” below and, you know, heed the words of the Queen.