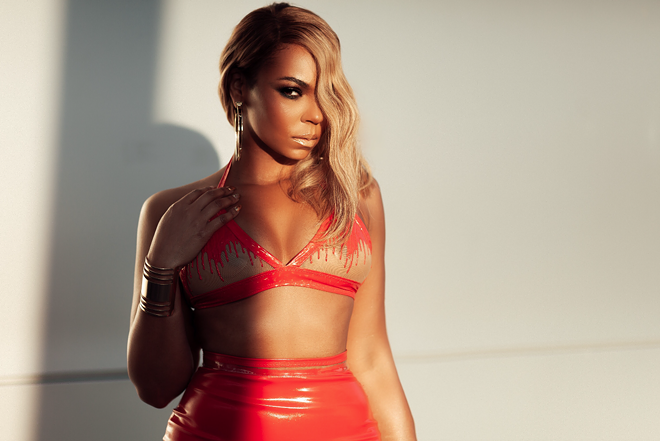 When you hear Ja Rule let out a “Woo! Right back atchya,” you just know that an early 2000s Ashanti banger is about to drop.

Since signing to Ja’s Murder Inc. Records at just 21 years old — which is when she released her No. 1 bop “Foolish” and an award-winning, self-titled debut record — Ashanti, now 39, is ready to return to her R&B roots. Last year, the “Rock Wit U’’ singer appeared as herself on an episode of the Dynasty reboot on CW, launched a swimwear collaboration with PrettyLittleThing online boutique, and teased new tracks from her forthcoming record, due out this year, marking her first LP since 2014’s Braveheart.

Though Ashanti’s breathy tonality may not scale to Jennifer Hudson-level heights, what has set her apart is her “I have a secret” vocals, which, according to a forgetful Ja Rule, may have ended up on a song for Jennifer Lopez? Weird. During an interview with Bravo’s Andy Cohen, Cohen asked Ja about a rumor that suggests Ashanti sang J.Lo’s parts on their 2001 collaboration, “I’m Real.” While Ja may not know if her vocals ended up on the final cut, as Ashanti suggested in 2014, he did say he wrote the track for J.Lo but enlisted Ashanti to demo it as a reference because Ja didn’t have the vocal chops to make it sound enticing. Ashanti stoked these rumors in 2014, adding that it was bittersweet, considering she wanted the song for herself but was flattered that J.Lo ended up using her vocals. Talk about Big Libra Energy.