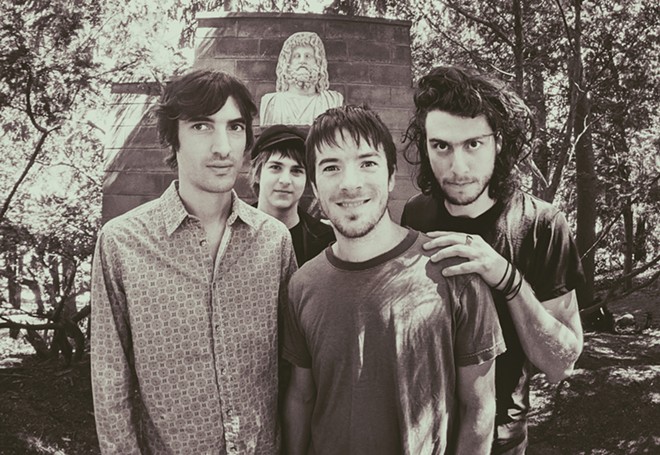 Detroit punk band Paint Thinner has been putting in the work. The band only released its first LP, The Sea of Pulp, in February, and is already dropping follow-up Hagioscope to the Heart this week, with a record release show on Saturday.

While the band is new-ish to the scene, its members are not, featuring personnel from Detroit rock acts Terrible Twos, Fontana, Frustrations, and Human Eye. On Hagioscope, you can hear the band flexing: “Sue” is a nearly six-and-a-half-minute slow-burn, while “Vision Quest” ratchets up the tension with screaming vocals with a hypnotic bassline. “This isn’t anger, and this isn’t escapism. This is catharsis,” the band writes on its Bandcamp page. “Hagioscope is perhaps best understood as the sound of a band becoming, however unwillingly, comfortable with themselves.” Milk Bath and X! Records head honcho Scott X! are also on the bill.