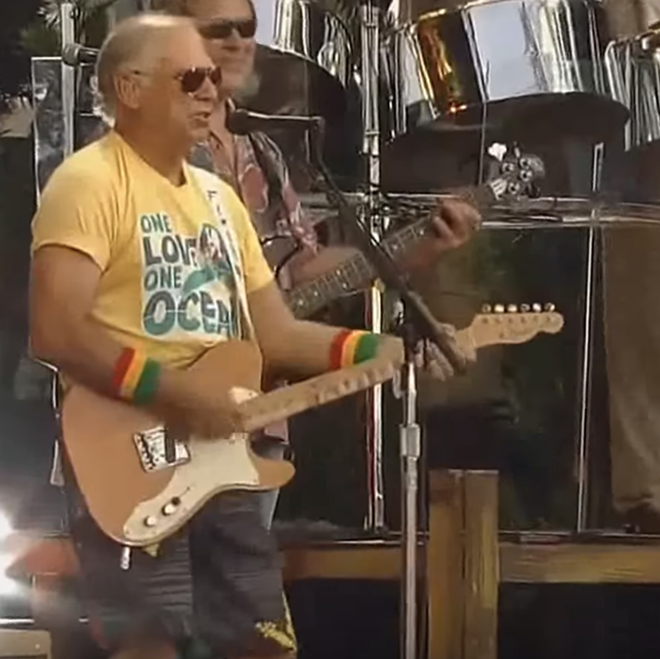 If your preferred footwear is flipflops and you float through life with a Margarita half-full attitude, then you, my friend, might be a dang "."

In other words, you might really enjoy Jimmy Buffett — the man behind the unshakable song that paints a picture of an eternal summer by describing the smell of shrimp, body oil, and the temptation of booze in a blender.

The 72-years-young master of chill and mayor of "Margaritaville" will make his 33rd trip to the DTE Energy Music Theatre stage on July 16 with his longtime pals the Coral Reefer Band as part of his "Song of a Son of a Sailor Tour.'

While it might be easy to categorize Buffett's appeal as being retiree-chic (which makes sense considering Buffett's Margaritaville Holdings partnered with a real estate company to launch a pretty successful $1 billion retirement village in Daytona, FL), he also has a stronghold on younger generations who are troubled by impending futures of insurmountable debt, global warming, and social media anxiety.

Buffett is set to open a 300-acre resort and water park this month and his Escape to Margaritaville musical will hit the road later this year.

Ticket go on sale Friday, Jan. 11 at 10 a.m. and can be purchased by visiting Ticketmaster.com.