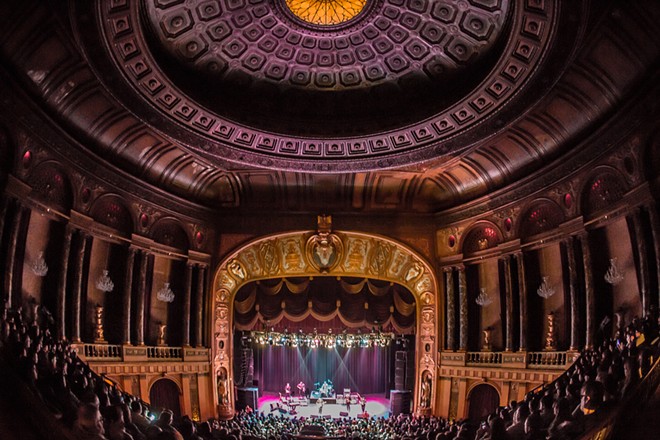 1925 by architect C. Howard Crane, The State was one of the most prominent theaters along Woodward Avenue during the golden age of movie palaces. The State Theatre underwent quite a few transformations over the years, first known as the Palms-State Theatre, The Palms and even had a stint as “Clubland” in the early '90s. But a rose by any name would still smell as sweet, and in 2007 the State Theatre was rebranded as the Fillmore Detroit. Whether you know it as the State or the Fillmore, odds are you’ve seen some amazing music at this venue. Legends like David Bowie, Oasis, Alice Cooper, Alanis Morissette, and Guns and Roses have all graced the stage here.