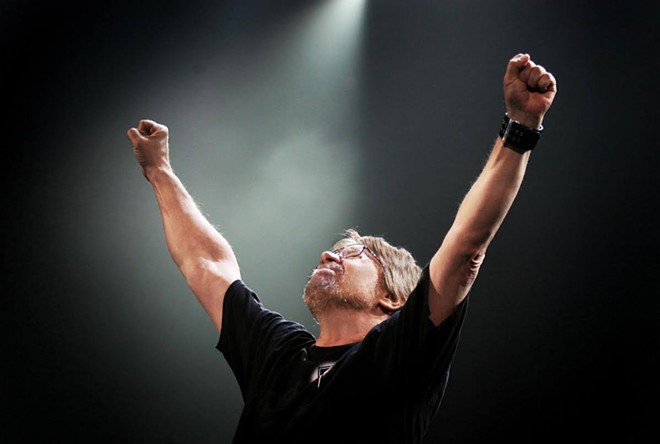 Bob Seger must have been feeling a little nostalgic recently because we got a press release saying the rock legend is playing at "Pine Knob" for "one night only" on Saturday, September 9. The show will be his first one at the Clarkston venue in over 20 years.

Seger teased being nostalgic on his website recently with a picture from a show at Pine Knob from 1996 and the words "Starting to feel nostalgic...", but we didn't think we'd get a full blown blast to the past with Seger and the Silver Bullet Band performing at the venue.

We all know the venue today as DTE Energy Music Theatre, but back in the day when Seger and his Silver Bullet Band used to play Pine Knob quite regularly. Seger's last show in the metro Detroit area was at the Palace in 2015.

Recently, Third Man Records teamed up with Seger to release a special issue of Seger's 1968 single "2+2