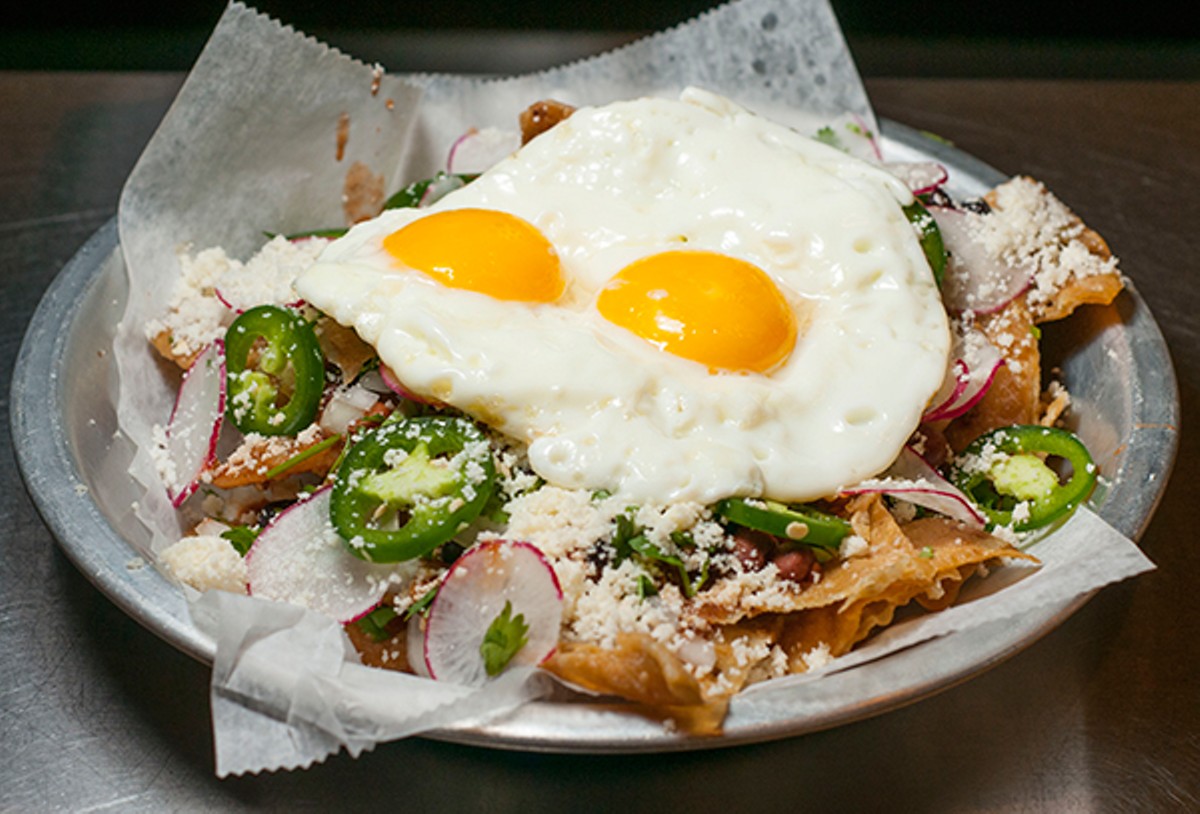 The world's best food usually isn't served at 3 a.m., but we've all found ourselves hungry at that hour for one reason or another. Unfortunately, that usually means your options are limited to coney islands or fast food. But there are a few noteworthy restaurants that stay open all night, and among them is Royal Oak's O.W.L.

The small Mexican-inspired diner opened in the former Onion Roll Deli spot several years ago and quickly developed a large fanbase. You'll want to check out O.W.L's fowl play, and one of the best options is the chicken fried chicken sandwich. It's bird is brined in buttermilk and Frank's hot sauce, and encased in a crispy, greaseless thin crust. The sandwich's condiments — crunchy pickles, and a slick of mayo — balance well with the chicken. The package is tucked between crusty cemita buns, which are sesame seed rolls common in the Mexican state of Puebla. Macha wings — marinated in olive oil, ancho peppers, and garlic — are another winner. O.W.L. cooks them crisp with a complexity of flavors not typically encountered in a chicken wing.

If you crave an early or late breakfast, an excellent place to start is the chicken and gravy, which arrives under a healthy coating of poblano cheese "gravy." Add eggs to make it a breakfast dish. If you're not looking for bird, try the chilaquiles, a dish built off a double layer of house-fried tortilla chips that are wetted with tomatillo salsa, yet remain crunchy. Top them with two fried eggs, and O.W.L. jumbles in fresh chopped cilantro, red onion, crunchy jalapenos, and thin-sliced radish before crowning the mound with a dusting of salty Mexican cotija cheese.

Another solid option is the spicy chorizo sandwich, which arrives with two cemita rolls holding a puck-sized chorizo patty that's blanketed with white, mild Chihuahua cheese. Adding the habanero bacon to any breakfast dish is a wise idea, and any breakfast option pairs perfectly with the cilantro-fried potatoes. —Tom Perkins