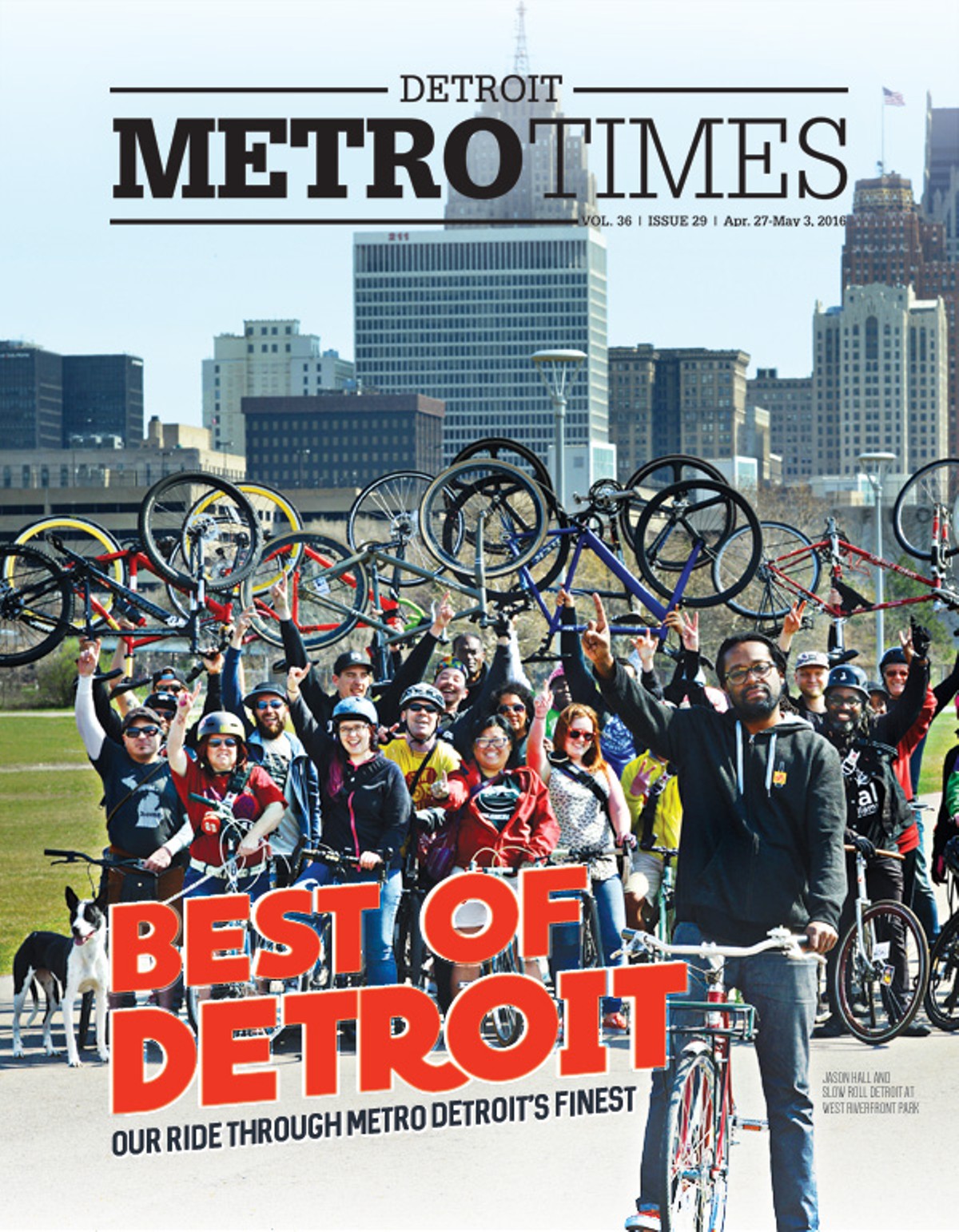 This alternative rock station knows how to have fun! Just take a look at the lineup for their "birthday bash" at The Fillmore Detroit on May 8! Silversun Pickups, Foals, and Joywave. Talk about a good time. While the music is a draw, people also seem to gravitate to the station's radio personalities like Cal Cagno and Sarah Jean, who host the uber-popular Cal & Co. show from 5:30 a.m. until 10 a.m., Monday through Friday.

Detroit's homegrown Pulitzer Prize-winning journalist is a national phenomenon and celebrity in his own right thanks to a best-selling book, a nationally broadcast show, The Americans with Charlie LeDuff, and his work for outlets such as VICE and Mother Jones.

LeDuff's flamboyant reporting style telegraphs his personality, humor, and passion for change, and he's used it to reveal serious injustices such as hours-long police response times in Detroit and reprehensible conditions in the city's fire stations. "Thank you. It's nice to know you care, Detroit," he says of our readers' selection for Best TV Journalist.

Hip in Detroit recently celebrated their fourth anniversary, and this is the third time they've been voted into the Best of Detroit issue by our readers. It's no wonder, or surprise. After all, HID's bloggers Christie Laabs and Sadie Q are exceptional at highlighting all the most positive things in every event, restaurant, person, and Detroit thing they write about.

Created by Joe Gall, Camera Jesus is truly a sight to behold. Boasting more than 40,000 followers, the account features atmospheric photos of everything from the Multnomah Falls in Portland to a commercial jet graveyard just outside Bangkok. But don't get too much wanderlust looking at the pics. Camera Jesus touts its fair share of Detroit-based photographs that will make you feel perfectly content — in fact, lucky — to be based in the Motor City. There are gorgeous pictures of the Ambassador Bridge lit up at night — who would have ever thought it could be so beautiful? — and rad shots of Tony Hawk kicking it in the D. It's all pretty cool.

Whether it's booking entertainment for festivals, venues, or events, 7 Stone is committed to elevating Detroit's native talent. With a fleet of over 250 models and years of experience in everything from films to charity galas, the company is a top choice for major clients, including Quicken Loans, Greektown Casino, Bacardi, and hey, even us.

The Fox 2 team gets props for asking tough questions, like the kind that once drove Detroit City Councilman George Cushingberry to declare a "No Elrick Zone." It's no surprise they were voted Best TV News Team and Best Local News by our readers — this is the station that readers trust and watch.

Since his departure from Metro Times, Curt Guyette has been on a roll at the ACLU of Michigan: uncovering what's happening in Michigan thanks to the state's emergency manager law. He has alerted us to how the Education Achievement Authority became a testing ground for software companies, how emergency managers have driven DPS ever deeper into debt, and more. But his work over the last year exposing why Flint switched to the Flint River as its water source, and what happened afterward, have catapulted him into the national spotlight and convinced the Michigan Press Association to name him Journalist of the Year. We couldn't agree more.

WJR, known as "newsTalk 760," isn't just any news radio station. The 50,000-watt news/talk station, owned by Atlanta-based Cumulus Media Inc., is so powerful it can be heard all over the Midwest and even in the eastern part of Canada at night. As if that isn't cool enough, it's the new home of the Detroit Lions. That's right. Stuck in the car but want to still keep up to date with all the game highlights? WJR won't fail you. For the non-football fans out there, don't worry — WJR isn't just sports. It's also where you can catch popular morning personality Paul W. Smith.