Each year we here at Metro Times select a mascot to represent our Best of Detroit issue. This year, our pick was the Parade Co. The folks behind the Ford Fireworks and America's Thanksgiving Day Parade might seem reclusive the other 363 days of the year, but in reality this nonprofit works year-round. An example of the fine work they're doing in April? They gave us access to their crop of Big Heads, which consist of local celebrities like Aretha Franklin, Barry Sanders, Coleman Young, Tom Selleck, Sparky Anderson, and more. Some of the older (and very expensive) heads were fabricated in a shop in Italy, while newer ones are made right here in Detroit. Each year a new Big Head is added to their ranks and we're eager to see who 2015 will bring — but even the Parade Co. isn't sure yet. Want to give back to the Parade Co. for all they give to Detroit? You can spend a little hunk of dough to become part of the Big Head Corps. and don these enormous noggins during America's Thanksgiving Day Parade. 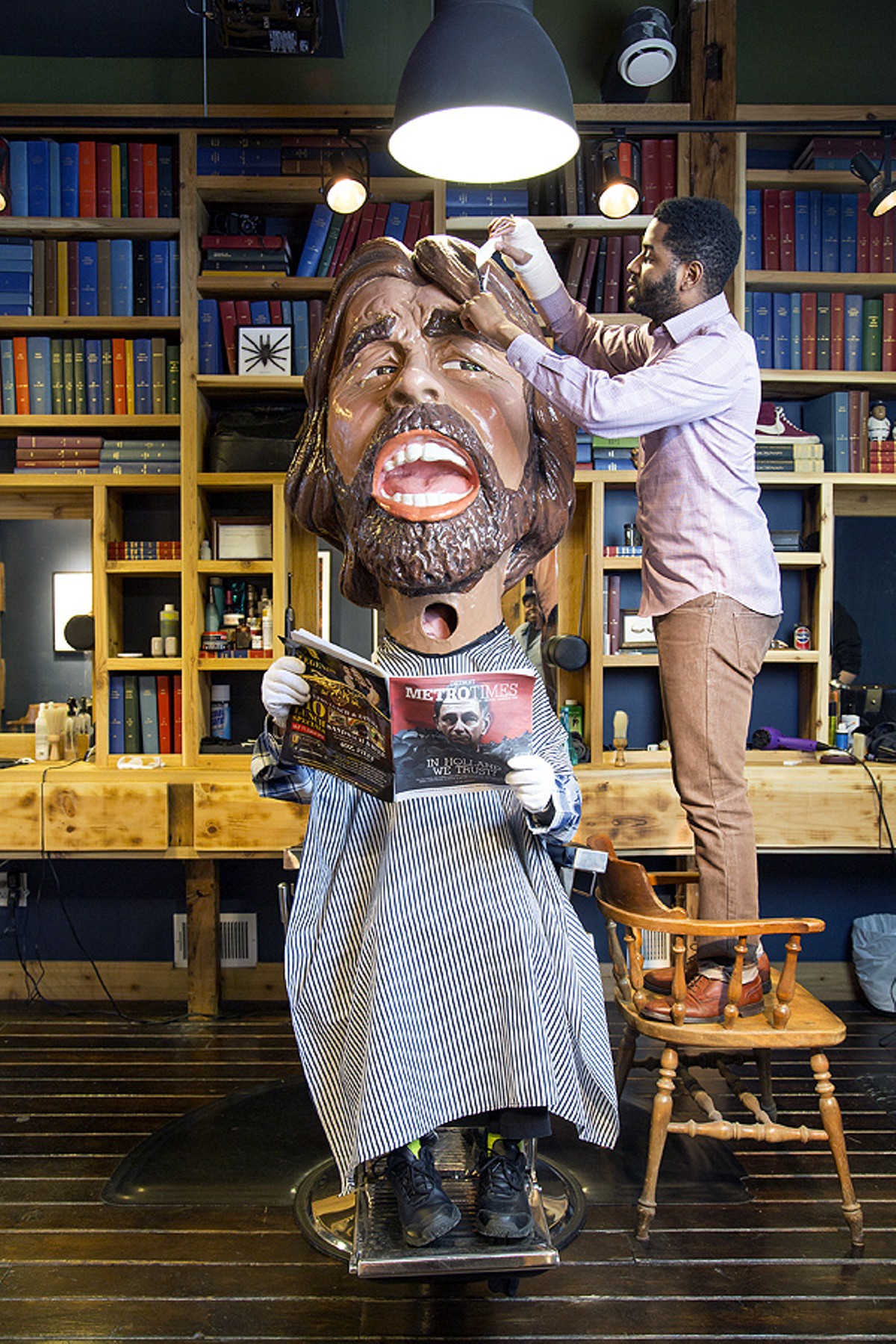 It's not hard to see why our readers would vote MGM Grand Detroit the best casino the city has to offer. After all, this place has so much more than just gaming — great restaurants like TAP, a sexy nightclub called V, AXIS, a brand-new music venue that's open to the gaming floor, a swanky hotel, and an even swankier luxury spa.

Need a place to crash in the D? You might as well sleep in style. Motor City Casino's hotel offers glorious accommodations like 460-square-foot Superior King Corner suites that include a soaking jet tub, a bed made with Italian linens, and a 37-inch plasma TV. Need even more space? Go for their Deluxe Corner suite and get a living room, wet bar, and more.

Oh, Greektown Casino. We love you for your walkability, the lively district that surrounds you, your clean bathrooms, and, of course, your plentiful slot machines. You've got over 3,000 games — from penny slots on up to $100 games, and there's always something new.

This dispensary's reputation as a comfortable environment where patients get plenty of individual attention is likely what led to earning top marks from our readers. Customers have been known to come from near and far for this dispenary's services, which include certification, medicine, edibles, and paraphernalia.

Want sushi? Roast beef? Stir-fry made right before your eyes? Perhaps you're hungry for Italian? Maybe some pizza? Or maybe you just love to pile your plate high with pie, ice cream, bread pudding, and cookies? Motor City Casino's Assembly Line has it all. The worst part comes when you're too full to belly up to the buffet one last time.

Casino dining is synonymous with sumptuousness and extravagance, and the moment diners enter Iridescence's shimmering interior, with its hip-to-ceiling windows affording views of the city below. But the restaurant doesn't just look rich, the kitchen's modern American cuisine lives up to the dramatic design, featuring 4-diamond fare and a Wine Spectator Award-winning list. Such dishes as Black Angus beef, Thai-style cioppino, and South African lobster tail, and togarashi-dusted Alaskan grilled halibut cement Iridescence's reputation for decadence.

It's no wonder our readers picked Fountain Bistro as the best place for people watching, considering this restaurant is smack dab in the middle of Campus Martius Park. Here you'll catch a gander of folks from the straight-laced to the more unseemly trotting down Woodward Avenue during all months of the year, plus you'll be noshing on some delicious fare while you're at it.

Back in 2012, the beautiful Best won best female bartender in Real Detroit Weekly's Best of Detroit polling. Back then the cocktail maker was working at Pontiac's long-standing nightclub, Tonic. Now, the beloved bar's doors have been shuddered, but Best isn't out of work — she's heading up the bar at Royal Oak's swanky Sabrage.

Ever since St. Louis won a Manhattan-making contest, everyone has been in love with this Detroit bartender. We know it took St. Louis a long time to get to the top, including some jobs at crappy corporate restaurants. Now, though, he's whipping up creative (and tasty) cocktails at Greektown's Firebird Tavern. We're particularly fans of the hot buttered rum.