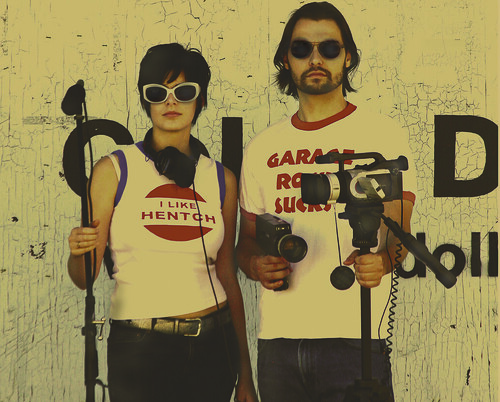 You could also document one of the most exciting and significant musical explosions the most important musical city on the globe's ever witnessed, which is precisely what James Petix did. The result: It Came From Detroit. Petix's documentary follows the Motor City's early-aughties garage rock scene which birthed bands such as The Hentchmen, The Sights, The Gories, The Dirtbombs, Demolition Doll Rods, Von Bondies, The Paybacks, Clone Defects, The Go, Blanche and, of course, The White Stripes. To name a few.

The Detroit garage rock thing united a city's scene of rockers and rock appreciators and captured the attention of the globe. For a minute, it looked like everyone was gonna blow up big time. Or did it?

It Came From Detroit is a documentary anyone who cares at all about Detroit's musical legacy ought to see. In fact, any culture junkie is going to find something to chew on. Just last month, It Came From Detroit kicked off the Music Doc Festival in Gothenberg, Sweden, but tonight and tomorrow night you can catch it in your own back yard as it'll be featured two nights in a row at the Magic Bag in Ferndale for their weekly Brew & View movie and booze event.

Check out the trailer:

It Came From Detroit Official Trailer (New) from James R Petix on Vimeo.