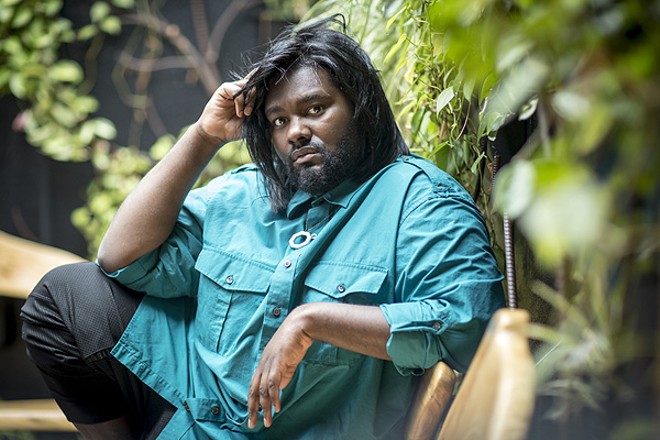 Following Tunde Olaniran's recent viral Twitter rant about the Flint water crisis, the Washington Post gave the singer and performance artist some page space to flesh out his thoughts further.

Olaniran writes about why he decided to stop paying for the polluted water, which has been linked to rashes and hair loss. "As time stretched on, I became more and more unwilling to pay for water I was afraid to drink or even let touch my skin," Olaniran writes. "So I stopped."

After six months of not paying — and an accumulated bill of $1,500 — the city cut off his water. Fortunately, Olaniran was able to weather the shut-off by staying with a family member in a nearby suburb.

Meanwhile, Olaniran's water shut-off incident occured at the same time as two other headlines related to water in Michigan:

A few days later, the state of Michigan announced it was ending bottled-water distribution in Flint, four days after it approved Nestlé’s permit to pump 500,000 gallons of freshwater per day from its well in the state. Nestlé will pay $200 annually for this permit. Nestlé is taking advantage of the fact there are no strict regulations in Michigan for water that is below ground; it is not really considered a public trust, and so the state has no explicit rules to protect it for the people like it does for surface waters.

For years, Flint residents have been lining up to get packs of Ice Mountain bottled water for cooking and bathing and drinking while a Swiss corporation has a giant straw sucking freshwater out of the ground in Michigan for next to nothing.


The bad optics were not lost on Olaniran:

My water lines were replaced, but I am still waiting for reports from two water studies. My annual water bill is nine times as high as what Nestlé pays, and Nestlé bottles that water and sells it to people nationwide — who raise money to buy packs of it and donate it to Flint residents.

I know Nestlé did not cause this crisis, but its actions raise questions that cannot be ignored. What are the basic things humans have a right to in their own communities? How much control of essential natural resources are we willing to leave in the hands of private corporations?


Olaniran also called for free health care for all Flint residents for life, as well as a no-shut-off policy and water bill cap. You can read the full story here.