The stars of Hulu's Ramy dish on 'Halal comedy' and more 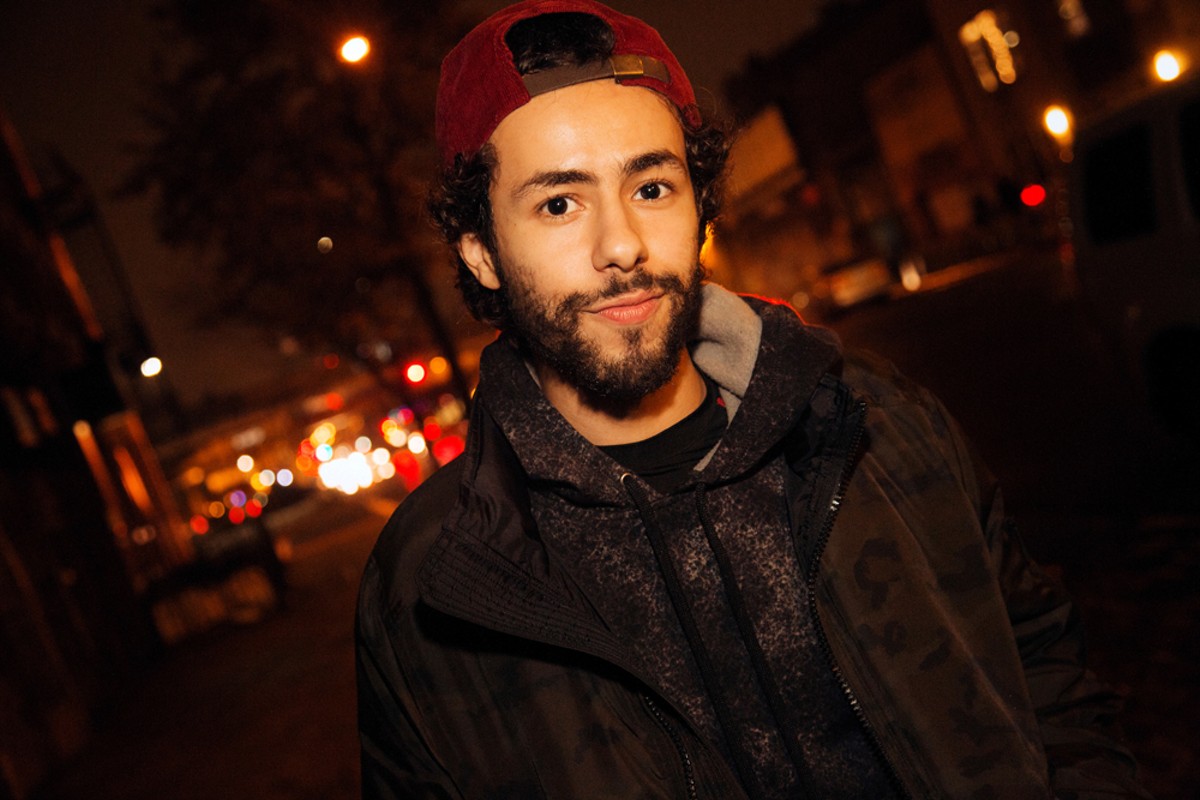 Ramy is a new 10-episode Hulu streaming dramedy about a first-generation Egyptian-American Muslim struggling to embrace his identity — and blaze his own path while maintaining his faith in a modern world filled with distractions, temptations, and dating apps. Not so coincidentally, the show was created by and stars comedian Ramy Youssef, a 28-year-old New Jersey native from a Muslim family who has had his own internal battles with balancing his religion with his night job, and just the daily challenges of trying to be a good man in a crazy world. In the style of other recent single-camera sitcoms like Louie, Master of None, and Shrill, Ramy is intimate, blunt, philosophical, and deeply confessional, while also being very funny.

Windsor native Dave Merheje co-stars in the series, and is serving as Youssef's opening act in the stand-up shows they're doing in conjunction with the press tour in support of the TV series. That tour rolled into Mark Ridley's Comedy Castle last month, and Metro Times had an opportunity to sit down and chat with these talented performers.

Metro Times: So, Ramy, how did you two meet? I remember Dave from the Detroit open-mic scene in the mid-2000s, and he was just working hard and hacking away on stage, and wearing everyone out with his energy.

Ramy Youssef: So much sweat. So much sweat is how I would define Dave's performing style. [Turning to Merheje.] You look like that vase of water when it gets cold and it's got perspiration just pouring off it. That's like your head. [Laughs.] We met at the Arab American Comedy Festival in New York 10 years ago. I was doing sketch and he was doing stand-up. He said to me, "Man, I really want to act," and I said, "Dude, I really want to do comedy."

MT: Nobody's ever happy just being a comedian. Every stand-up wants to be a rocker, every rocker wants to do stand-up. Serious actors want to be funny.

Dave Merheje: But you can do all of that on a series.

MT: Inside the comedy world there's always smaller cliques and groups of different identities. How supportive is the Arabic comedy community?

Youssef: I would say we're very particularly supportive of each other, at least I find. A friend of ours coined the term "The Kabob Circuit." [Laughs.] There's these events that are clean events. There's fundraisers for refugees and Islamic Relief, basically helping people in need, and they want clean "Halal comedy." I cut my teeth at a lot of these events where you have to be super clean, and then go to the clubs where you're doing raunchy stuff at midnight. That's kind of what this show is a combination of.

MT: The profound and the profane. Dave, you were never clean. Did you have to adjust?

Merheje: I can be clean. I did a party or something once, I think they were Saudi Arabian, where the men were on one side and the women on the other side, and there was security in between. I didn't do well; my time was cut. A balloon popped; there were children in the front row. It was not the best.

MT: The show has some dirty material; how have your families received it? Are they close to your fictional family?

Youssef: Fortunately, the character and I aren't exactly the same, and the family isn't either, so there's enough distance from reality. The character of Ramy isn't a stand-up; he doesn't have a creative outlet.

MT: Thank you for that. There's a few too many shows about stand-ups already.

Youssef: Yeah, I didn't think America needed to see the pain of an open-mic night again. This character is very flawed; we lead with his flaws. That's exciting to me. We pick apart this dude's intentions and his ego, but he is someone that is spiritual and truly connected to his faith. There's also sex scenes, and it's something that as a community there's been a lot of discourse about. The show has only been out for a few days, but according to Twitter every Muslim in America has an opinion about it.

MT: Obviously in the Detroit area, we have a large Middle Eastern population, and it has been here for a long time. Do you feel you have to do some explanation for those not as familiar with Islam?

Youssef: I'm proud of the lack of exposition we give. We're just in it. Like with the feet washing scene; I don't look in the camera and say, "I must do the ritual of cleaning because God told me to." Nah, it's just like, "We get it." TV audiences are smart now. We watch so much stuff, and people can really sniff out exposition. We just dive in.

Ramy is now streaming on Hulu.