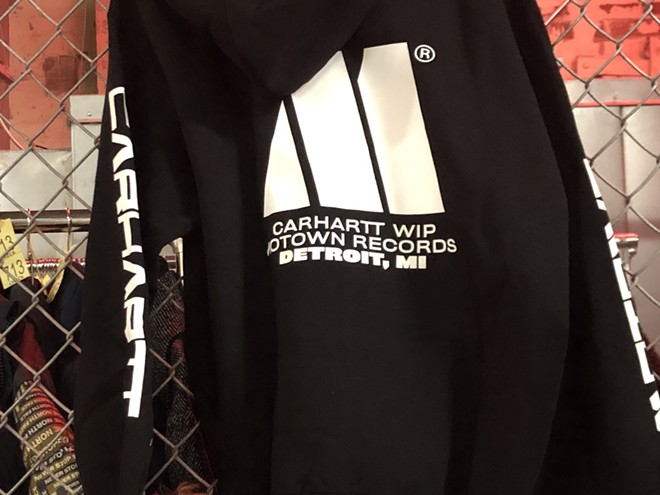 
Dazed magazine, Carhartt WIP, and NTS Radio collaborated to celebrate Motown’s 60th anniversary with the launch of the premiere of a short film, Showing Up, Showing Out, and a Carhartt x Motown line of clothing, along with performances from harpist Ahya Simone and Martha Reeves and the Vandellas.


Showing Up, Showing Out was a film created by Margot Bowman and narrated by Imani Mixon, a Metro Times contributor. The film featured the “past, present, and future of Motown” with artists such as Martha Reeves, Supercoolwicked, Icewear Vezzo, Tunde Olaniran, and harpist Ahya Simone.


“Motown is fun, Motown is music, Motown is family,” Motown artist Martha Reeves said in the film. “Without Motown, music wouldn’t be what it is today.”


“She set the standards for every artist that comes from Detroit,” Reeves said about Powell in the film.


Mixon, the film's narrator, said she is surrounded by the most beautiful, talented, and creative people.


Detroit artist Icewear Vezzo signed to Motown Records on his birthday, Oct. 31, in 2018. Despite his music and videos receiving millions of streams and views, Vezzo said he believed he is not as popular as he should be.


Vezzo also described how much women have influenced him and his career.


Harpist and singer-songwriter Ahya Simone described her experiences as both a transgender woman and a harpist. Simone, a 2018 Kresge Fellow, emphasized the inequality that Black transgender women receive in society.

Throughout the film, musicians Supercoolwicked and Tunde Olaniran talked about their Blackness, their talents, and what it’s like to be from here. Olaniran is a Flint artist who has headlined for Motor City Pride, toured, and recently released an EP, Jean Grey. Supercoolwicked is a Detroit artist who has performed at SXSW, opened for Jamila Woods, performed at a Bernie Sanders rally, and recently released her EP, High Gloss.

Near the end of the event, Simone sang and played the harp, Martha Reeves and the Vandellas performed, and DJ Jay Daniel ended the night with music, as viewers drank and partied — just another Wednesday night in Detroit.

Get our top picks for the best events in Detroit every Thursday morning. Sign up for our events newsletter.
Scroll to read more Arts Stories & Interviews articles
Join the Metro Times Press Club