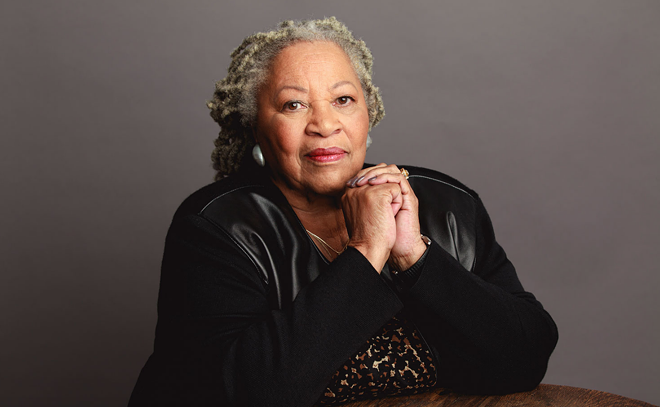 Toni Morrison in 'Toni Morrison: The Pieces I Am,' a Magnolia Pictures release. ©Timothy Greenfield-Sanders / Courtesy of Magnolia Pictures
Toni Morrison.
When it comes to the canon of Black literature, Toni Morrison and James Baldwin are among its greatest pillars. The two met in 1973, when Morrison was an editor at Random House, and became fast friends. “Her gift is in allegory,” he once said of her. “... she’s taken a myth, or she takes what seems to be a myth, and turns it into something else.” At Baldwin’s funeral, she expressed her debt to him. “You knew, didn’t you, how I needed your language and the mind that formed it?” she said. “How I relied on your fierce courage to tame wildernesses for me?” To celebrate Black History Month, the Oliver Pookrum Theater Project’s NyRee Hardyway and James Abbett will bring the authors’ works to life with theatrical readings.