Study finds that Detroit Lions fans are among the drunkest 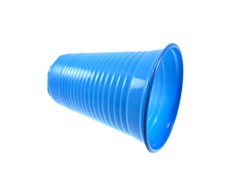 Shutterstock
A new study suggests that Detroit Lions fans are among the drunkest in the NFL.

The study was conducted by BACtrack, a manufacturer of smartphone-enabled breathalyzers. Using anonymous data collected from the app, BACtrack examined the average BAC (blood alcohol content) levels of NFL fans from pre-season through Sunday, Oct. 26.

The results: Detroit Lions fans are the second-drunkest in the NFL, with an average blood-alcohol level of .069 percent on Sundays (following Buffalo Bills fans at .076 percent).

Surprised? We aren't. The results come when Lions dissatisfaction seems to be reaching a fever pitch. Earlier this week, Don Drysdale of Detroit Sports Nation called for a boycott of the franchise. Meanwhile, The Detroit News' Phil Laciura called on owner Martha Ford to sell the team.

Read more about the study here. (Via WXMI.)