The Don Was Detroit All-Star Revue, El Club reopens with a bang, and other things to do in Detroit this week 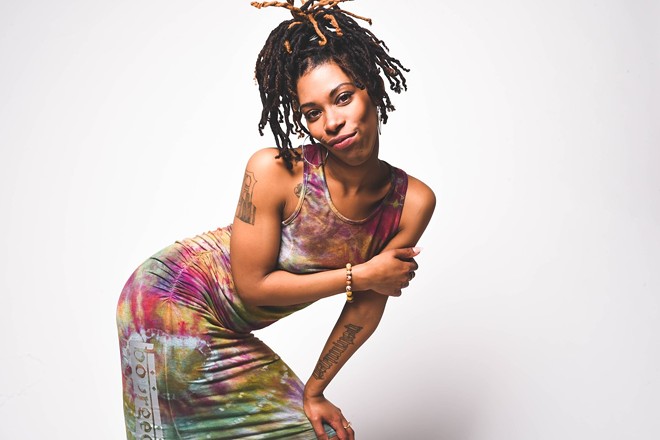 Friday, 7/30: If there was ever a time to indulge in some hard whisky drinking, it's now ... and, well, like, the last 16 months or, for most of us, our whisky habit started on Nov. 8, 2016. With climate change raging, COVID variants popping, and K*nye West doing whatever it is he's doing, we have very few reasons to not drink. Touted as Detroit's boldest whiskey event, the Detroit Whisky Festival invites guests to sample whiskeys, bourbons, and ryes from around the world, as well as cocktails crafted by Detroit's finest tastemakers. The festival, which is returning to Eastern Market's Shed 5, offers guests 10 spirit and/or cocktail samples, which means you should absolutely enlist a DD or be ready to throw some coin at a rideshare service. Now, while the Detroit Whisky Festival is all fun and games, it's also an opportunity to shine a light on a charity. This year, the fest has partnered with Offering Alternative Therapy with Smiles (O.A.T.S.), which provides equine-assisted therapy for more than 100 children and adults with physical and/or emotional disabilities. Worried about getting a wee bit too tipsy? Nothing a few bucks can't fix, as there will be food available for an additional cost. But can you really put a cost on hangover-preventive measures? We drink not.

Fri., 7/30 & Sat., 7/31: The brainchild of John Carson, who grew up near Tommy's Lake in Lake Orion, where he used to play music by campfire with his friends, Tommystock, now in its seventh year, has grown far beyond friends jamming (but also, it's just friends jamming.) Back then, Carson and his friends jokingly called their jam sesh "Tommystock." Tommystock has since evolved into a casual, two-day, jam-band festival that attracts close to 1,500 people who enjoy combining their love of beaches, brews, and tunes. The fest, which takes place at the 100-year-old, 140-acre historic Camp Agawam, formerly owned by the Boy Scouts of America. When the organization sold the campground to Orion Township, Carson and Co. realized they could rent the space for private events. The grounds already had a covered pavilion and an amphitheater called the Fire Bowl, as well as kitchen facilities, camping, and beach access. This year's festival will feature performances by Gunnar & the Grizzly Boys, the Legal Immigrants, the Orbitsuns, the Implications, Dan Tillery, DJ Jen, the Tommystock Allstars, and more. Guests will have access to food, tropical drinks, vendors, as well as kayaks and paddleboards. Camping is available for an additional cost; spaces are limited. —Jerilyn Jordan

Fri., 7/30-Sat., 8/28: Black Power! Police Brutality Must Go! Education For All! What has been made very clear in recent years is that the fight is not over and, frankly, it may be a very long time until we see environmental justice, racial and housing equality, an end to gender-based pay gaps, and police brutality. Whatever mountain you may find yourself screaming into the void from, know that a revolution is happening — and there's more people ready to take to the streets than you might think. For his latest exhibit, Chicago-based artist and Michigan native Adeshola Makinde is bringing the protest to the gallery walls of Playground Detroit. Inspired by the protest signs of the Civil Rights era, RELEVANT finds Makinde reigniting a conversation about the power of written demands and messaging during our ongoing fight for a bright and fair future. The exhibit, which features simple screen-printed signs, each made as a means to unify various equality causes, as well as address the belief that the fight for racial justice died with Dr. Martin Luther King Jr. Per the press release, "The moment we currently find ourselves in" serves as the exhibit's unofficial theme.

Mon., 8/1-Fri., 8/6: We'll never forget the day(s) music died, and no, we're not referring to the tragic plane crash that claimed the lives of Buddy Holly, Ritchie Valens, and J.P. Richardson, though, like, still v sad. Sometime in March of 2020 the future proved uncertain, as we had no idea when we might rage, sway, scream, sing, grind, twerk, freak, make out, and drink together, nor did we know when we might wait impatiently in bathroom lines, make new friends in between sets of live music, and honestly, we didn't know if or when we would ever feel good again. Well, the day the music was revived is night at Detroit's El Club, which has remained closed since the start of the pandemic and served as a COVID-19 testing site earlier this year. The Southwest Detroit club, which touts itself as the city's only all-ages music venue, has announced its formal reopening with a stacked weeklong lineup that includes some of Detroit's heaviest hitters. The weeklong reopening celebration kicks off with Danny Brown on Aug. 1, followed by Sada Baby and the Killa $quid (Aug. 2); Universal Eyes (Aug. 3); Jax Anderson and Curtis Roach (Aug. 4); Negative Approach, the Detroit Cobras, and Werewolf Jones (Aug. 5); and the Gories with the Stools (Aug. 6). Some shows are free, but require registration/waitlist, while others are ticketed.

The 29th Annual Concert of Colors


Tue., 8/2-Mon., 8/9: The category is ... diversity. When it comes to Concert of Colors, Detroit's long-running weeklong music and culture celebration, diversity, global arts representation, and productive and expressive dialogue is the name of the game for the festival, which is returning for its 29th year. "As we all know, the world is craving concerts after being locked down for nearly 18 months," Concert of Colors executive director and founder Ismael Ahmed said in a press release. "... The commitment and generosity by our partners and sponsors to create this year's event during the pandemic is a gift not only to Detroit but to the world." The live music will be hosted on stages across Detroit's Cultural Center institutes, including the Detroit Historical Museum, Michigan Science Center, and the Hellenic Museum of Detroit. Live performances will be streamed on YouTube and Facebook, as well. This year, Concert of Colors will see performances from Ram from Haiti, Roy Ayers, Organic Orchestra & Brooklyn Raga Massive wsg Hassan Hakmoun, Melvin Davis & Sound United, Jessica Care Moore, and the Don Was Detroit All-Star Revue's Tribute to George Clinton starring Nadir Omowale, Mollywop Singers, Apropos, Jennifer Westwood, Coko Buttafli, and Dames Brown. In addition to live performances, Concert of Colors will host artist panels and culture leaders, both online and in-person.

Event times vary; concertofcolors.com. Festival is free and open to the public.