Santo Santo, a 'counterculture' yoga studio with color therapy and DJs, to open on Detroit's east side 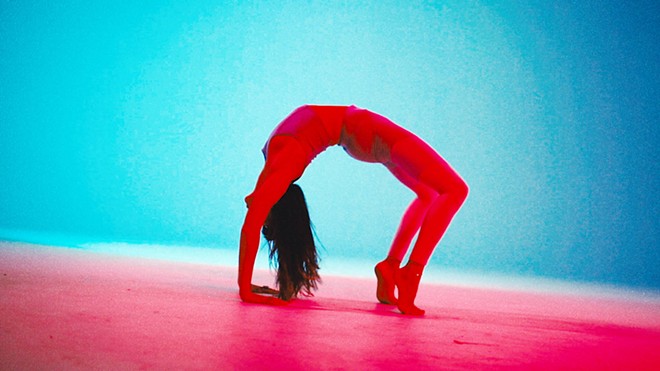 Santo Santo doesn’t look like a typical yoga studio. A former abandoned car wash on Detroit’s east side, the little yellow building still has hand-painted bubbles on its exterior, causing some recent passersby to ask if they could get their ride cleaned.

“I like things that are so wrong that they're right, and I love to do things that make people giggle,” she says. “In my class I love to swear and to make jokes, and if I hear a good song I love to sing and dance when I’m teaching.”

The studio, which opens Monday, is a collaboration between Jameson and Philip Kafka, the developer behind the restaurants Takoi (a former auto garage) and Magnet (previously a radiator shop), as well as the True North Quonset hut community near Corktown. It was designed by Ishtiaq Rafiuddin of Undecorated, who was also on the design teams for Takoi and Magnet. Like Takoi and Magnet, Santo Santo has retained other elements of its previous identity: It still has two large garage doors, which Jameson says she plans to open in the warmer months.

“In Ayurvedic medicine, the root cause of all disease is disconnection from divine, and the tangible part of divinity is Mother Nature,” Jameson says. “So why not put yourself outside where you can see the sky and you can touch the earth?”

A yoga teacher for 10 years, Jameson says she became disillusioned with the corporate direction Western yoga had been heading since it went mainstream, with its emphasis on expensive designer athleisure wear and Instagram-ready poses. With Santo Santo, she wants to change that.

“‘Santo’ means saint in Spanish, and ‘santosha’ is one of the niyamas of yoga, and it means ‘contentment from within,’” Jameson says. “So whatever I need I already possess, and I don't need to look externally for anything.”

To that end, Jameson is eschewing retail at Santo Santo, with the exception of Medicine Cabinet, an onsite shop set to open next year that will sell oils and lotions, as well as offering Ayurvedic medicine consultations and Reiki healing sessions.

“We chose not to sell any retail because when you go into a yoga studio, it's like, ‘Oh, look at this crop top, and look at this, and look at this,’” she says. “And then you get so out of your spiritual practice that you forget about the class — now I'm desiring, I'm wanting, craving this thing outside of myself.” 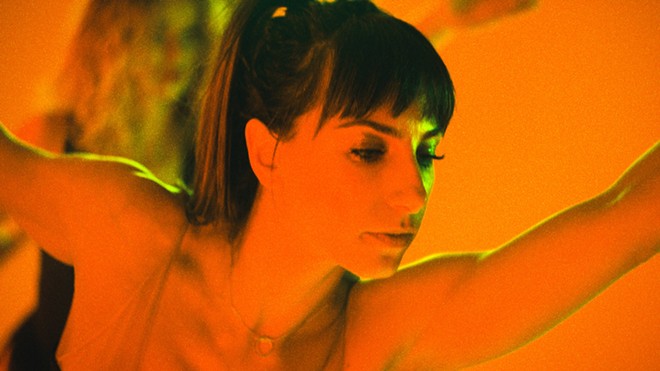 But Santo Santo is far from a strictly old-school operation, however. Another unique aspect about the studio is its four color-changing LED light strips installed along the ceiling, which the yoga teacher can change to create different color combinations to enhance the sessions with color therapy. Some sessions will also feature a live DJ as part of a music program led by Rocksteady Disco’s Peter Crocce. Dance-style sessions include Buti yoga classes, which mix yoga with tribal dancing and plyometrics, or jump training, and “Kirtan mash-up” classes, which mix chanting and movement. On Friday evenings, Jameson plans to host dance nights where people can stop by to get pumped up before heading out to the club, or where early risers can cut loose in an environment without drugs or alcohol.

“This is just as much of a dance studio as it is a yoga studio,” she says.

Jameson says she envisions Santo Santo to be a “counterculture” yoga studio. She says she tried to make the rate as competitive as possible, with single class drop-ins priced at $19.

“We're not catering to nine-to-fivers,” she says. “Our clientele are creatives, musicians, DJs, industry people. They are the progressive people that, maybe they've moved here from L.A. or New York or wherever.”

Aside from that, Jameson says she’s hoping to create an inclusive space that can draw not only more men to yoga but people of all gender expressions.

“This is not just a yoga studio for women,” she says. “This is a dance house for humans.”