The fest is set for from Friday, July 1 through Monday, July 4 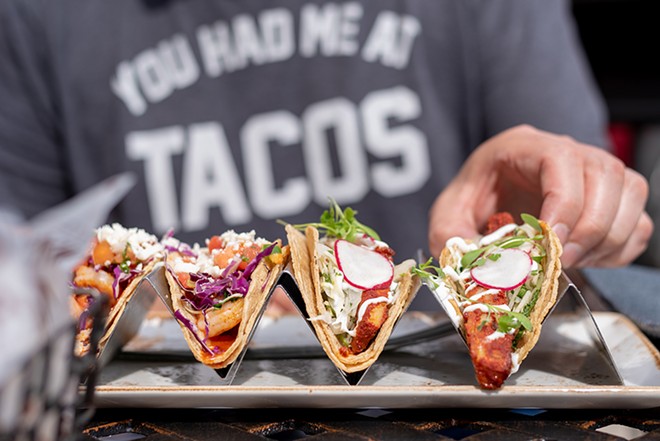 More than 40 of metro Detroit's taquerias, taco trucks, and other eateries are banding together for Royal Oak Taco Fest, set to fill downtown R.O. from Friday, July 1 through Monday, July 4.

The event will also host more than 50 musical acts, including Alise King, Chirp, Stone Clover, Josie Pace, and the Beggars, among others. Mariachi bands and lucha Libra wrestling will also be on hand, and if all of the above still doesn't sound spicy enough for you, there will also be a hot pepper-eating contest, among other events. Did we mention the chihuahua parade?

The fest takes place within between South Main Street, West Fifth Avenue, Sixth and Seventh Streets, and South Washington Avenue. The event is sponsored by Soaring Eagle Casino & Resort and the Royal Oak Downtown Development Authority, and more details are available at RoyalOakTacoFest.com.

Leyland "Lee" DeVito grew up in the suburbs of Detroit, where he read Metro Times religiously due to teenaged-induced boredom. He became a contributing writer for Metro Times in 2009, and Editor in Chief in 2016. In addition to writing, he also supplies occasional illustrations. His writing has been published...
More
Scroll to read more Things to Do articles
Join the Metro Times Press Club