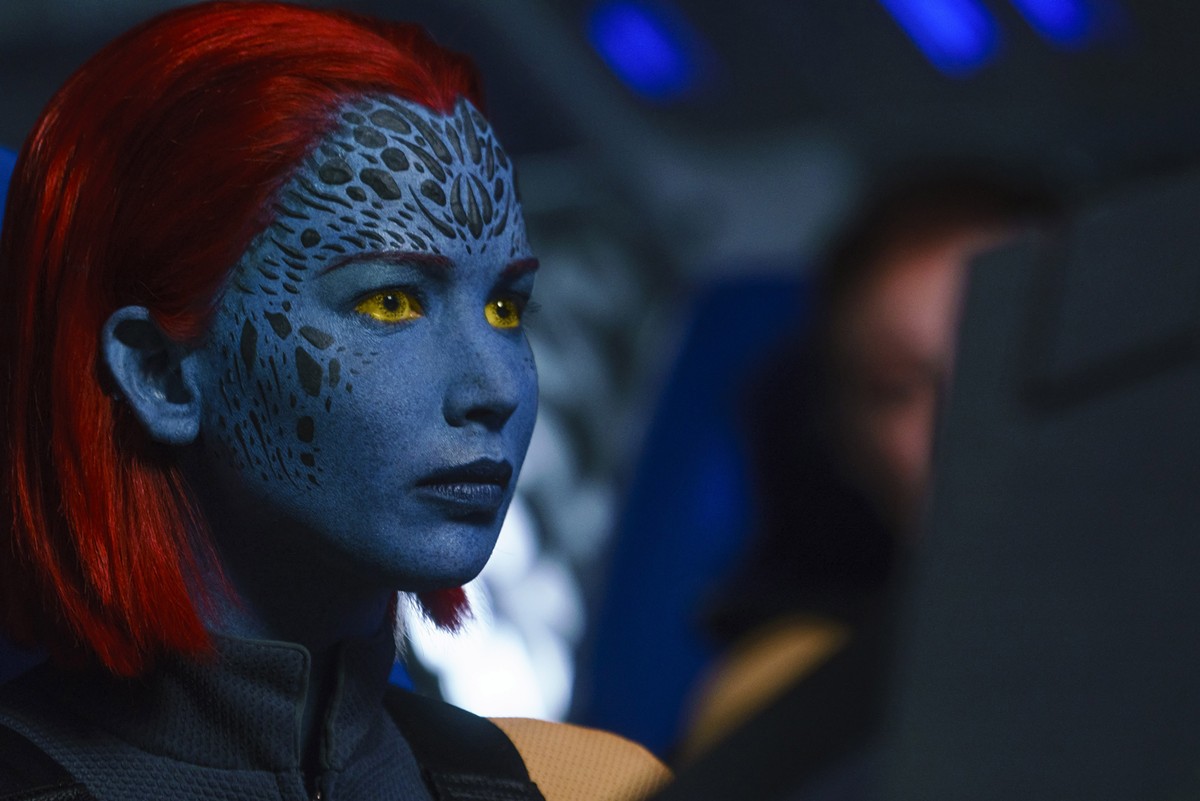 When the X-Men prequels were pitched to Fox (after the franchise's false-positive conclusion with 2006's The Last Stand), they were likely pitched as a Story of America, a series chronicling the Cold War era from the '60s to its conclusive end. Charting the late 20th century's social movements and shifting norms via the series' ongoing metaphor of an oppressed group (mutants) standing up for both their own rights and those of their oppressors probably seemed a meaty prospect rich with promise. Long before Disney/Marvel's Civil War domesticated America's bloodiest military conflict, some producer must have suggested blending soap opera-tinged superheroics with actual historical events — and yet, ever since this elaborate prequel series was kick-started back in 2011, the series' nominal social concerns have consistently been undermined by their slapdash realization onscreen.

In Chris Claremont's landmark 17-year writing run on the various X-Men comics, a concern for (but also a charged awe toward) women was always a hallmark of the series. Less interested in literal explosions than collisions of personality, Claremont brought together culturally diverse female characters in a way that was rare in the comics of the early '70s, focusing on their leadership struggles, work-life balance, romantic entanglements, and intersecting friendships in a way that felt contemporary by comics' backward standards, if soap-operatic in register. In this film — the series' first real (and sorrily half-hearted) nod to feminist concerns, we find Mystique (Jennifer Lawrence) slotted in between the series' ideologically warring male power centers Professor X (James McAvoy) and Magneto (Michael Fassbender). A viewer surrogate and shapeshifting lieutenant to both, Mystique is marked by paradoxically firm moral principles and unsteady allegiances; her role as a moral center, a more empathetic check on (really for) two powerful men, has an ugly, enabling history reaching back through many a first lady and beyond. In this and the rest of these prequel stories, the assumption that a woman should provide the voice of moral reason without being granted a substantial leadership role seems to come — to say the least — from a bad, conservative place.

Jennifer Lawrence seems to know it — not that there aren't other reasons for her to tire of this stuff. Her gradual choice to don the character's trademark body makeup in fewer and fewer scenes telegraphs this, her increasingly clear reluctance to show up for these projects trampling over the in-narrative political connotations of "passing" as human (in choosing to hide one's mutant identity, a literal topic of conversation for her character in other installments). The long-suffering star of Darren Aronofsky's torturous mother! (which saw her hospitalized) has met her match for frustrated boredom in the late-period X-Men franchise, a badge of relative integrity if only for her lack of pretense — we've all had jobs we hated, right?

Appearing equally uncomfortable is Sophie Turner as the Jean Grey/Phoenix character, unfortunately saddled with the title role. Granted awkwardly written scenes (an alleyway tantrum like in Valley of the Dolls, arch declarations given from beneath unperturbed eye makeup), she struggles as an ostensible telepath even to express her own feelings, declaring at one point that her emotions "make me strong" even though we can hardly see them evidenced on her face — much less grasp their implications. Over the course of a story in which she struggles to contain her newly overcharged powers (linked in vague terms to her psyche) while working to overcome a childhood trauma, it's impossible to grasp what these struggles really mean — though it ought to be at the story's core, this movie's simply not invested in what's inside her.

Completing the movie's trinity of awkwardly situated women is Jessica Chastain, playing an alien character anxious to use Jean's powers. Seeming to split the difference between Mystique and Phoenix, she's both a shapeshifter and a kind of cosmic psychic, lurking about in dark dresses with her hands at her sides before appearing in Jean's ear to coerce her into compliance.

Her temptations aren't without interest and hint at some richer conflicts. In the comic book version of this same storyline, the key (and implicitly conservative) tension was between the characters' (and readers') agape spectatorship of female power and the narrative demands that they limit, curb, and contain it. In flashes, the film hints at this metatext via Chastain's whispers: [to Professor X] "she's not your little girl anymore"; [to Jean] "you think it makes you wrong, or bad ... [those are] just words created by men with very little minds."

But alas — those elements of transgressive, conflicted interest come only in flashes; the movie's no more willing to get its hands dirty with the story's thematic contradictions than it is with its staging of violence. Action scenes marked at times by a prickly air of invention engage, even as they're hamstrung by a PG-13 rating. Scenes of destruction that could prove rich or painful appear overruled by censors if they ever butted against them, making for a movie that's most offensive in its dead-eyed line readings and its efforts to appeal. It's more a shame here than in the carefully blunted (but more dialogically sharp) Avengers films because there are actual themes here that should be richly present and that can still be seen.

For all Dark Phoenix's flaws, those pieces remain visible, hinting at the ability even of these many-million-dollar movies to engage, provoke, or disturb as veiled social satire — at least when guided by the proper hands. Helmed and written as it is — by the fourth man to take control of this particular franchise — Dark Phoenix makes a better case against male rule than the movie ever puts down in writing, though not for lack of trying.