Review: 'Us' is a messy, genuinely frightening sophomore effort from Jordan Peele 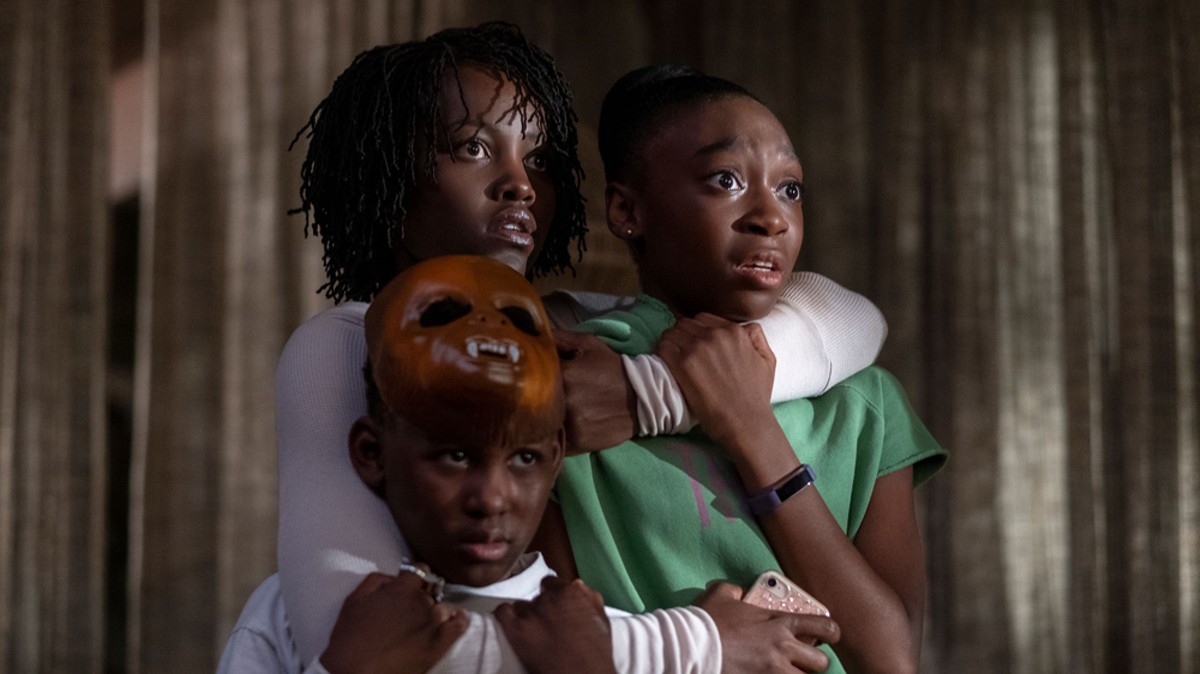 The plot of Us — the latest from Jordan Peele, who made his directorial debut in 2017 with the more-clever-than-scary Get Out — revolves around an unsubtle, pervasive motif of doubling, going so far as to cast doubt upon the very notion of the previous film (itself a case for originality). Peele's new sophomore effort reflects shades, if seen from the right angle, of a host of other works: The Shining, Candyman, Texas Chainsaw Massacre, Funny Games, The Funhouse, and a raft of others all feature — still without calling too much attention to themselves as part of its DNA — which places the emphasis more on execution than any high concept. Us's self-conscious title reflects the burden of initial promise — can Peele repeat his first success? What kind of filmmaker is he becoming, and will his work continue to have reach?

That's probably for the best, as Get Out's timely premise surpassed many of its other aspects. Its potent atmosphere of microaggressive power dynamics and biting social satire, combined with the conceptual and metaphorical masterstroke of the "sunken place" (a horrifyingly existential zone of black imprisonment, or paralysis) made it a critical and commercial success — even as it struggled to arouse fear and modulate pace the way horror typically demands.

Us doesn't have that problem — in fact, a bit the opposite: it's far smoother than Get Out as a work of horror, a bit more vague in its metaphors, suggestions, and conceits, which sometimes feel imposed rather than homegrown. From its useless opening title card to the wide-angle vistas of its closing shot, Us seems a bit unsure just what kind of breadth it's courting. All the same, its story — of the Wilsons, a vacationing nuclear family facing off against their own red-clad, scissor-wielding, and status-envying doppelgängers — barrels on mostly unhindered, resonant if not precise. Its absolute center is Lupita Nyong'o, whose performance as Adelaide (as well as her own bitter double) changes shape as many times as the movie does. As the doubling motif recurs via the introduction of (count 'em) flashbacks, a set of twins, another nuclear family, and the movie's resentful, teasing doppelgängers, Nyong'o seems to square her own performance, enlarging it to showcase dimensions of wrath, desperation, fear, and empathy I'd not yet seen from her. (With her fiercely defiant maternal aspect and haunted verbal deliveries, she sometimes evokes Sigourney Weaver in the first Alien films.) A survivor of trauma, and a convincingly nurturing mother and eventual defender of her household, Nyong'o's context-driven role confusion is what the movie turns on — a work that in itself shifts from gothic horror to home-siege to slasher, then to something broader. The movie doesn't balk at the big existential questions, even though it doesn't force them; it wonders who we are, what we would and wouldn't do, and what stories circumstance could make us part of — granting it a rich air of variety.

Fortunately, the rest of the onscreen Wilson family is about as game as Nyong'o, funny as they are credible as they are frightening as their own doubles. With a tone and visual schema as varied as its performances (the film moves between settings, lighting, music, and tone with great fluidity, each shift feeling needed as much as earned), Us never really lets up even as it sometimes struggles to remain grounded. Playing on its central premise of a resentful underclass biting back at the well-off, Peele deftly juxtaposes the horror proceedings with husband Gabe's (Winston Duke) own silly competition — this with a neighboring, more well-off batch of vacationing friends (at one point he buys a lemon of a boat) — crowding the movie with a profusion of its own story. With this and other techniques, Us roots its whole cast on a kind of spectrum of class rivalry, skewed perception, and deep resentment — rendering his antagonists easily familiar and comprehensible, even as it refuses to erase their difference, still allowing them to scare.

From the intimacy of the first home invasion to what comes to feel more like a war, Peele grasps his characters' being formed by circumstance, doubting whatever high-minded notions we may have of them — or, for that matter, of ourselves. In doing so, he writes descriptively around American horror's fixation with the bitterness of class dynamics while creating an emotional space that lets him drive straight through it and its ensuing victim complexes and identity struggles.

Defying notions of exceptionalism while asking questions about the very violent feelings it stirs, Us is imperfect in such a way that it always feels made by an actual person: exploratory, ambitious, and totally welcome.

It's a messy, genuinely frightening work of art.