Review: ‘High Flying Bird’ is a low-fi take on the sports drama 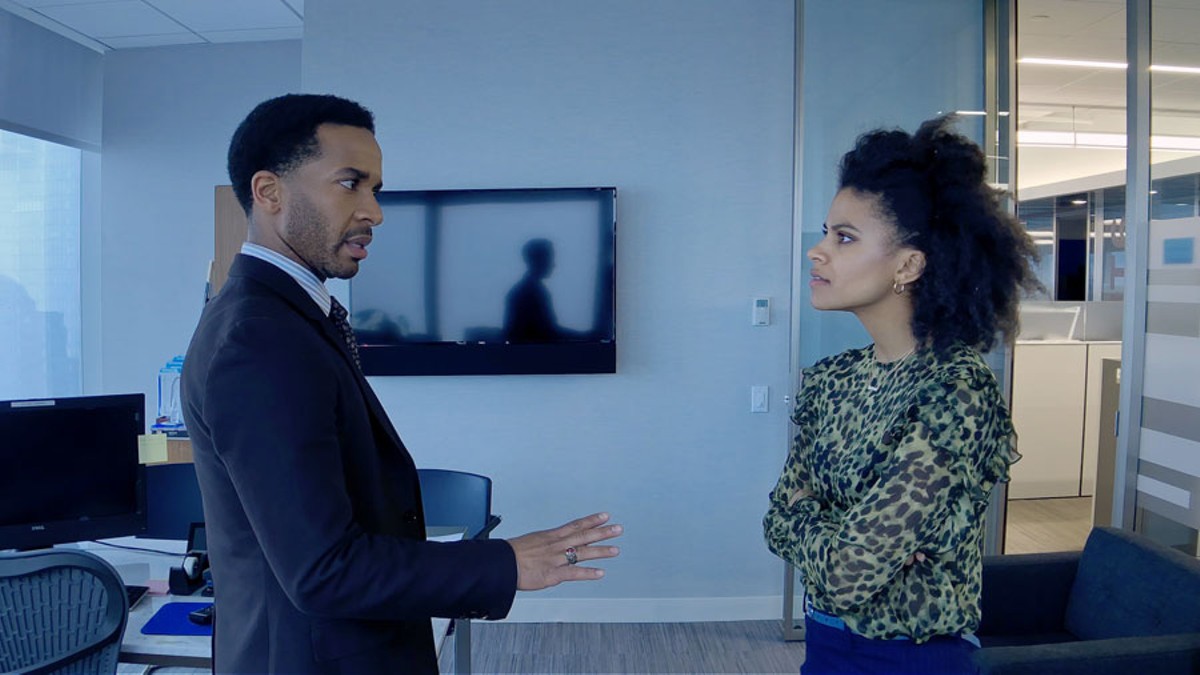 I'd hardly be the first to classify the sports movie as the male version of what soap operas were once dismissed as: the weepie. A softer version of its cousin, the war movie, sports films tend to be affirmative, emotionally driven, and implicitly conservative. With its typical patterns (which it shares with armed forces recruitment) of demonstrated promise, subjugation, learned humility, and eventual victory, growth, or conquest, the sports movie trades tears for sweat in allowing for competition-centered stories that men are expected to connect with. The characters' experience is very nearly religious, with success, training, and expiation often coming inevitably once a lead dedicates himself to their higher calling. The American version of the genre typically imagines this country as meritocratic, and for sport to be the same — and despite the statistical realities of so many of our popular games, they love to center on characters who are white.

High Flying Bird is aware of all these conventions, but swims against their undertow. More legal thriller or class exposé than tale of athletics-driven comradery, there's hardly any actual basketball played in it — contracts are under negotiation, and the NBA and players association are six months deep into a tense lockout. Shooting on an iPhone 8 with a wide lens that never lets you forget it, director Steven Soderbergh (Ocean's Eleven, The Informant!, Sex, Lies, and Videotape) doubles down on many of his historical interests here — class and race, legal vagaries, power dynamics, and sleek, distorted office spaces all figure — as does undermining studio production. Characters mention or duck legal concerns in nearly every conversation, the camera's fish-eye lens disrupts any notion of privacy during negotiations, and nuanced distinctions in background, class, and position spur jockeying among the majority-black cast, made up also of people who pretend to be on the same side, or team.

Though filled with strong, no-bullshit performers, Bird finds its standout in lead André Holland (The Knick, Moonlight), who executive produced from a script by Tarell Alvin McCraney (who also won an Oscar for his co-writing work on Moonlight). Sharing that movie's easy grasp of black vernacular and broad social conscience, the action follows Holland as sports agent and generalized operator Ray Burke, moving lithely between players reps, parents, his own clients, and owners as he works to play them off of each other. Despite the steely modernist boardrooms and office spaces, there's a sense that Burke's operating in the shadows here; Holland's performance is sheepishly eccentric, his posture scanning as either uneasy or try-hard: desperate, in both cases, to maintain a grip on things. Likewise, his movements seem to be the ones Soderbergh's most interested in tracking; one of the film's key motifs is footage of him walking quickly with the director-cum-camera operator trotting behind on Manhattan sidewalks. It's unquestionable that Burke is doing something, but does he know what, or where each step will take him? Does Soderbergh? Like the rest of the movie, this footage rejects glamor for something more low-fi and formally — if not emotionally — intimate. Working as his own editor, Soderbergh he seems to cobble each sequence together as he goes.

This sense of spontaneity is key. Though mostly cynical, Bird makes space for unlikely rhapsodies about pre-integration black basketball leagues, imagining a utopian alternate history in which [largely black] players, not [chiefly white] owners, control the terms of their own work — and it speculates as to how such a world could be restored. The parallels with the NFL's recent spate of protests — which centered on a sickening, racialized dynamic of mandated obedience — as well as Soderbergh's studio-resistant, fast and cheap shooting methods, are obvious. As much as any player depicted, Soderbergh wants to work on his own terms, to play by his own rules. The result is a film that never stops being rigorously conceptual and broadly aware, but at the expense — as is often the case with Soderbergh — of a convincing emotional intimacy. Sincere, ardent, and thorough in its examinations without ever making the characters' stories feel like ours, Bird's high-class operators remain consistently on their guard, never quite free from struggle.