Review: ‘Booksmart’ is a smart start 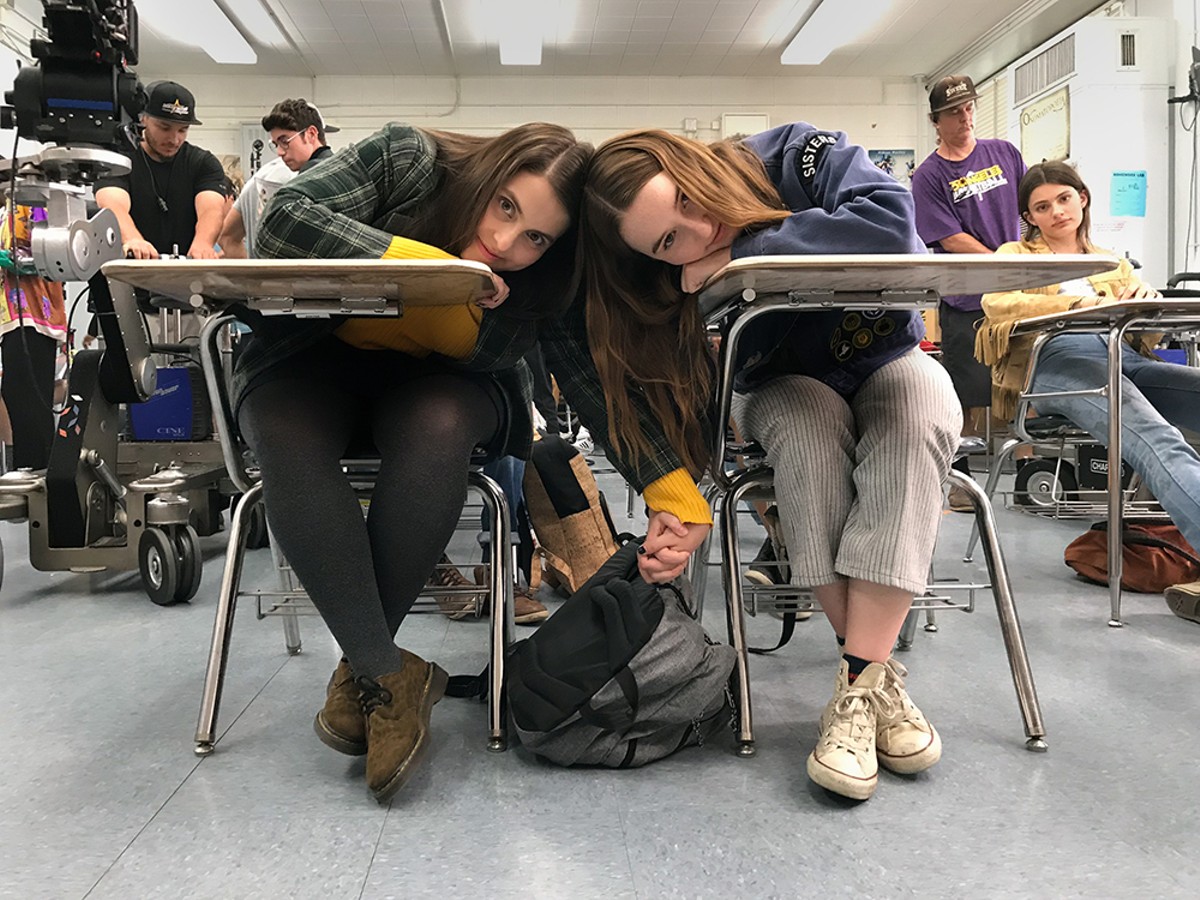 Booksmart goes down awfully easy for a first feature. Olivia Wilde's long-form directorial debut feels as breezily modern as it does effortlessly made. (The lack of effort is merely a vibe and not the truth — and with how bumpy most Hollywood scripts feel these days, achieving that air is getting tough to do, too.) Neither deep nor shallow, Booksmart is a sincere piece of popular art that also feels like an effort at an easygoing feminist corrective, channeling Dazed and Confused, Superbad, Fast Times at Ridgemont High, and any number of other high school movies. It answers, too, to Eighth Grade, Bridesmaids, and Lady Bird, borrowing from the last both a costume designer and a lead.

The setup's a strong one. On their final day of high school, Molly (Beanie Feldstein) and Amy (Kaitlyn Dever), best friends and proud overachievers, discover that their more balanced, fun-loving classmates and personal rivals have scored acceptances into elite schools or dream jobs. The shock is immediate; Molly and Amy both spent all of high school walling themselves off, closed to present-tense experience with Yale and more outlandish goals looming in their minds. And yet their peers got to have their cake and eat it too. So as a cure for FOMO, they set out to prove (as Molly puts it) that they are smart and fun by going to a big graduation party, a quest that's both competitive and humbling — for they're pursuing both victory and a kind of acceptance or integration into a community of their peers.

Once they set out in a fumbling effort to locate the best party (hosted by a boy Molly likes), the movie consists mostly of accidental party-hopping and ride-hailing, a freewheeling ride through intermingling high school cliques and ecosystems. A posh but empty boat party, an over-produced drama kid party, and the longed-for more accomplished pool party all prove populated by many of the same figures, though the last features the greatest achievement in execution as well as both girls' longtime crushes. In the hours before, though, the recurrence of the same people across parties proves a game joke about high school's small worlds, showcasing the girls' blundered approach while calling into question the whole endeavor. If so many of the same people are at all three parties, why does it even matter which they attend? What were they so afraid of all these years anyway?

That's part of the point, though. As others have noted, Booksmart is a bit distinct from many other teen movies in that its cliques don't feel exactly hierarchical; instead they scan more as expressions of interests or tastes. A "theater kid" doesn't just do theater, a jock doesn't have to be dumb, etc., and most of its characters read as robustly realized (if cartoony) individuals — of all its characters, the leads are the ones who need to lighten up and be more accepting. Identity is fluid and self-declared in the movie's world, and the most successful people are the ones who embrace that.

It's hard to overstate the contributions of costume designer April Napier and casting director Allison Jones in filling out the fictive world here. Jones, with credits stretching from Freaks and Geeks through most of Judd Apatow's career and Brooklyn Nine-Nine, populates the movie with an extremely diverse cast (in terms of race, gender identity and orientation), all of whom Napier costumes with aplomb, developing individual styles for each member of the cast in a way that seems to meet the actors where they're at. No one performer feels solely like they're there for a gag (even though most everyone is quite funny). Together Jones and Napier are essential — like the whole cast — to a film that feels playful, funny, comedically and sexually open and rarely if ever regressive despite the genre it's solidly a part of.

Feldstein and Dever, as Molly and Amy, are of course a central part of that — and even relative to the film's romantic entanglements their relationship is positioned as its real center. Their dynamic with each other feels credible within Booksmart's world, and each bears out their respective arcs convincingly. Though both come from different places in terms of ego and disposition, they're both working to grow up — learning to be part of the world and not just treat it or other people as objects of study, or contempt.

Wilde manages in this first film to do the same, treating her characters humanely all the time and allowing space for amusement but not derision. Though her style here's by large playful and energetic, Booksmart's humor is enabled by her grasp of many high schoolers' outsized capacity for feeling, of the added gravity of events in her teenaged characters' cloistered and parochial world. That added heft grounds the film (as well as its politics) but never weighs it down. In this as in much else, Wilde's vision here is balanced, holistic, and totally considered in a way that's totally refreshing — especially in something this light. If only making movies like this were as easy as she makes it look.