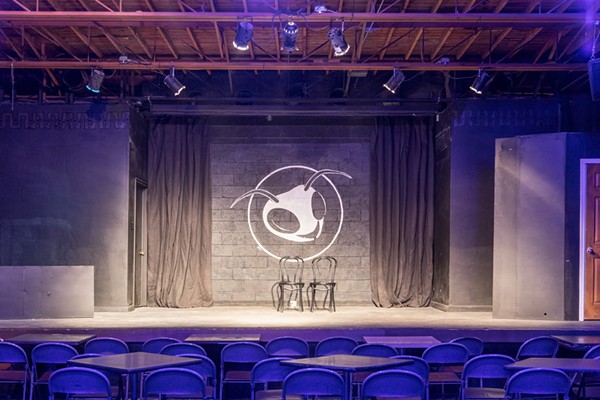 The longtime Hamtramck-based theater and entertainment complex Planet Ant Theater is venturing into the wide world of podcasts with the launch of their own comedy podcast network Saturday, July 14 at Ant Hall.

So far, Planet Ant Podcasts has six original and established shows on the roster, all of which are the brainchildren of local talent. All of the have been given the comedy treatment and span sports, satire, film, audio cartoons, and the LGBTQ experience.

Welcome to the Gayborhood
an improvisational, character-driven “talk show” that comedically covers the world from an LGBT perspective


“We’re giving a voice to Detroit in an under-explored world of talent,” said Mike McGettigan, Executive Producer of Planet Ant Podcasts. “We wanted to create a way to collectively showcase the podcasting talent we currently have here locally, while simultaneously introducing the medium to writers and performers who may have been interested in starting a podcast but didn’t know how to get started.”

The launch party, hosted by comedian Esther Nevarez, will act as a proper introduction to the theater's new programming with an evening of live podcast recordings. Also on the docket, stand-up from Allison Lewis and a midnight screening of Marti Scorsese's King of Comedy. The event is free and starts at 7 p.m.

You can listen to the podcasts at planetantpodcasts.com