The art of the hot rod 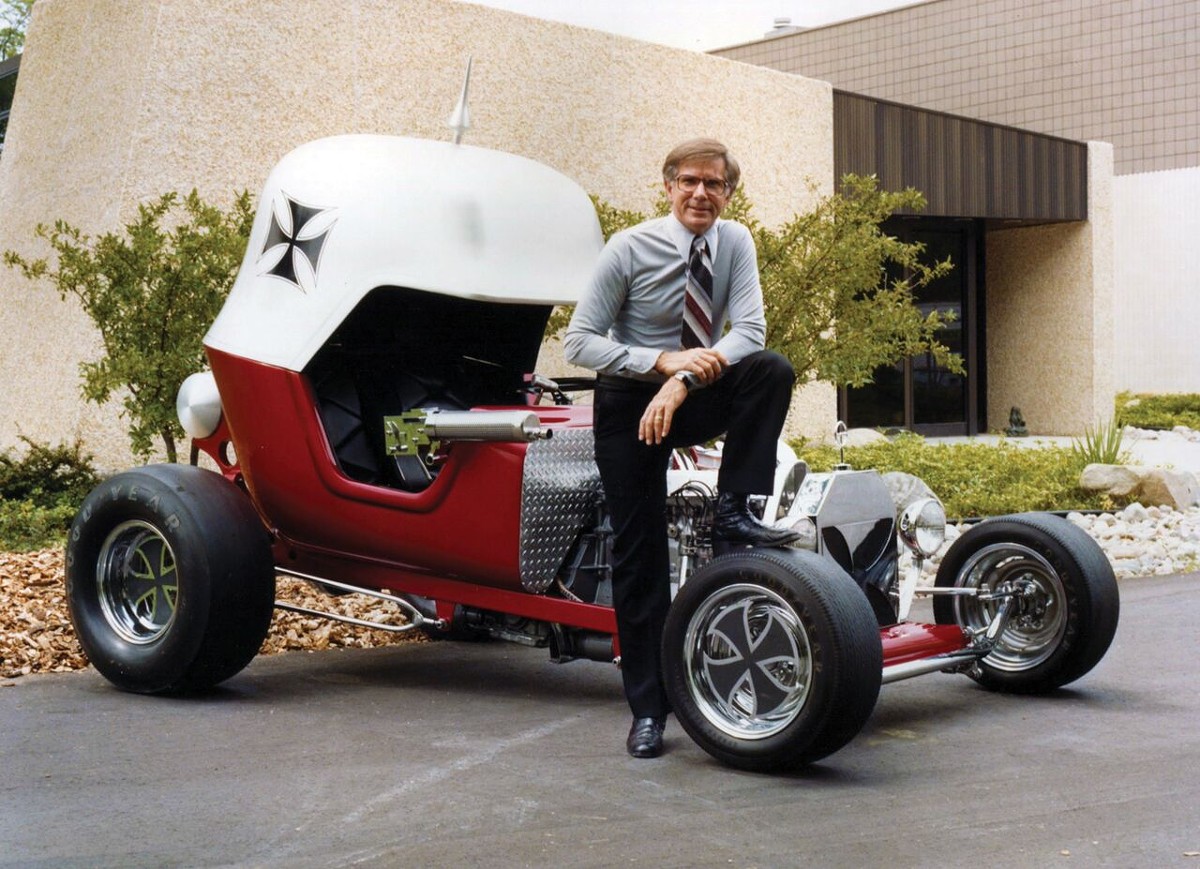 Bob Larivee Sr. and his custom “Red Baron” in the ’70s. Courtesy photo

Despite its Motor City moniker, Detroit has found itself unfairly written out of the history of hot rod culture. At least that’s what Bob Larivee Sr. wants to prevent from happening. Larivee is a lifelong auto aficionado from Detroit — a custom car collector and racer for decades who has been involved with Detroit’s famous Autorama car show since its inception. To help secure Detroit’s place in hot rod history, Larivee set out to chronicle as much as he could in his recently released book, Hot Rod Detroit: A Complete History of Hot Rodding in the Motor City (GP Publishing, 298 pages). The book is filled with plenty of eye-popping visuals, from the winners of Autorama’s coveted Don Ridler Memorial Trophy for the hottest hot rods, posters, Detroit’s flashy speed shop signs, pinstriping, and more. We sat down with Larivee to flip through the book.

Metro Times: When did the book project start?

Bob Larivee: I was born in Detroit on the east side. I went to Cass Tech. I've always been proud of that. I have a lot of California friends through business, and I told them, sort of tongue in cheek, that through this book I'm trying to prove that the hot rod sport started in Detroit. Of course, if you wanted to say Henry Ford was a hot rodder when he raced on the ice on Lake St. Clair, you could make that analogy — really, the hot rod sport for the most part started in California. But I think Detroit's always been shortchanged because most of the magazines were California-based.

And so I spent my whole life in the business. I ran custom car shows for 51 years. My last book before this had been a big 500-page book on the history of custom car shows. When I got looking at all the pictures, I realized that there was so much Detroit stuff. My heart was in Detroit. I'd been involved with Detroit's Autorama since its first year in 1953. I thought that something should be done to make a statement for what had transpired in Detroit. Everybody who worked on the book — basically one way or another, they were from Detroit. We tried to cover everything — the speed shops, the race tracks, the drag strips, the custom car builders.

MT: Would you say hot rodding is an art?

Larivee: It absolutely is an art form. That's what it's all about. And it's not just restricted to hot rods — it's the custom cars. The way that whole thing evolved was because people were unhappy with what they bought, or they thought they could make it look better — or look better in their own mind. Guys weren't happy with the wheels that came on their car, so they wanted a set of custom wheels, or a custom paint job, or interior, or whatever. Everybody has a different idea of what they want, but that's what makes it so interesting. It's so individualized.

MT: What's the difference between hot rods and custom cars?

Larivee: That's a question that's asked all the time. It's a really hard question to answer. When you get into those questions — "What's a hot rod?" or "What's a custom car?" — you get into a real technical thing. By National Street Rod Association standards, a hot rod is a vehicle that was pretty much built prior to WWII. If it was built after WWII, it's a "custom car."

"Hot rod" in the '50s was a derogatory term. That's why when I started my business at the shows my guys had to wear suits and ties and show that it was respectable. It was just a negative term. If a kid got in an accident it was really played up — "Oh, he was just a hot rodder." So we had to turn that term into a term that was accepted by the general public.

MT: What's the difference between the custom car scene in Detroit versus California?

MT: Is there overlap between the custom cars and the racing?

Larivee: No, they're separate. A custom car is a custom car — you're not going to race that.

I ended up with two Camaros, the '70 Camaros that we ran. We raced all across Canada, from Windsor to Halifax in 24 races of 100 laps or more for two or three years. It was great fun. But, you know, life changes. I was going to race until I was 50. I quit when I was about 46. I had a new wife, I had a 2-year-old daughter. Right after I quit racing I built a log house in the mountains in Colorado. It just seemed like my life was going in a different direction.

MT: What do you hope to accomplish with this book?

Larivee: What I wanted to do was put everything I could think of in writing, so that it would be there for somebody. Especially I'm thinking of young people, 10 years down the road, saying, "Gee, how did this happen?" Well, read the book.