Courtesy photo
In the latest edition of her outdoor portrait series, Detroit artist Nicole Macdonald is focusing on Detroit's Black Bottom, the storied neighborhood (destroyed in the 1960s to make way for the Chrysler Freeway and Lafayette Park) renowned for the black-owned businesses and entertainment focused along its Paradise Valley corridor.

The project will feature some 15 portraits of prominent people who grew up in the neighborhood (like mayor Coleman Young, Aretha Franklin, and boxer Joe Louis) or performed in Paradise Valley (like Alberta Adams, Billie Holiday, and Dinah Washington). Macdonald tells us that so far she has painted 8 of the planned 15 portraits.

The project is a continuation of her outdoor installation series, originally inspired by the 1980 book A People’s History of the United States by progressive historian and political scientist Howard Zinn. “The idea is to tell history in a different way, not from the winners’ perspective, but maybe from people who experienced the events on the ground,” Macdonald told us in 2014. “[I wanted to show] everyday kind of people, people who fought on behalf of their fellow citizens.”

The project is located at the Knack Building on Gratiot Avenue, one block north of Mack. Check out more of Macdonald's work at her website, and see how the project is coming below: 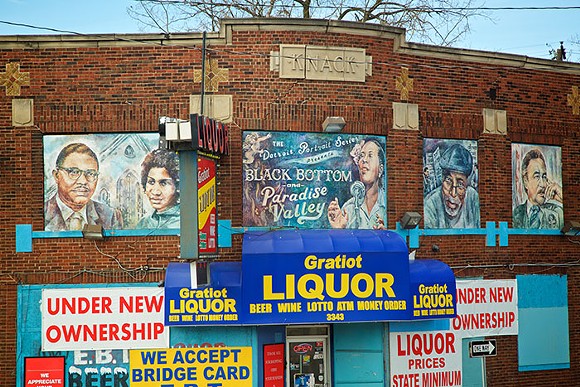 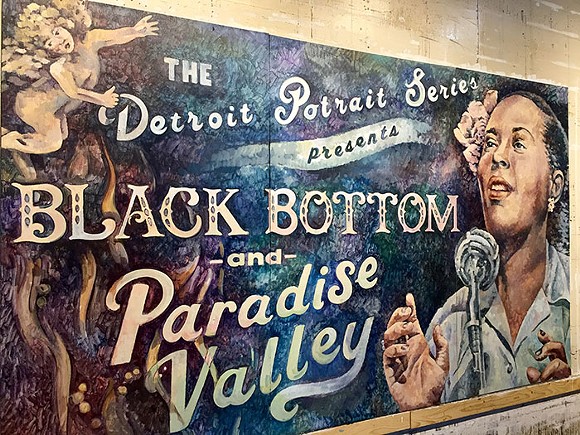 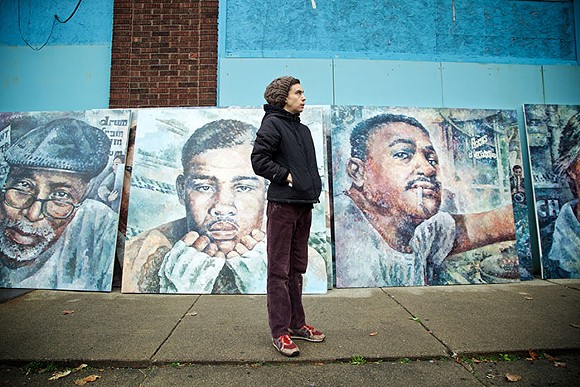