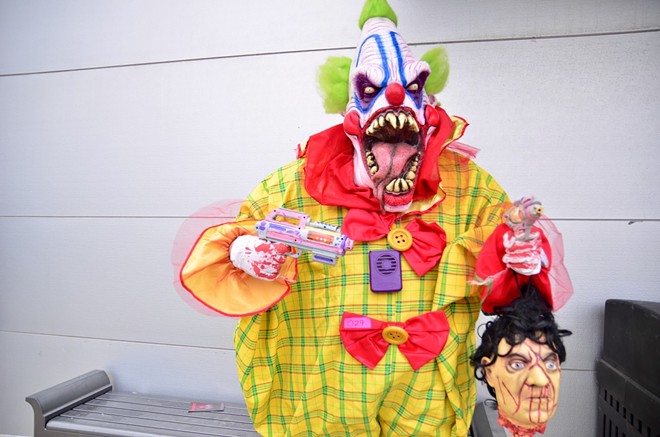 Who says you have to wait until Halloween to be spooked?

Since 2008, Motor City Nightmares Expo and Film Festival has been Michigan’s destination for all things horror, and this weekend, the convention will bring the Mitten’s horror fans together for a weekend of thrills.

Alice Krige, known for her role as Borg Queen in several Star Trek series, and Cooper Andrews, ofThe Walking Dead, are slated to make appearances at the festival this year. Event goers can also enjoy vendors, a costume contest, a Miss Nightmare contest, and themed parties over the weekend.

Throughout the entire weekend, the film festival will showcase new horror, thriller, and sci-fi films from up-and-coming filmmakers. For a complete list of films and showing schedule, visit motorcitynightmares.com.

The Motor City Nightmares Expo and Film Festival is July 29-31 at the Sheraton Hotel, 21111 Haggerty Rd., Novi. Tickets start at $25 and are available on Eventbrite.