Remember when we told you about that theory that Detroit is home to Ilvermorny, the newly-announced Harry Potter wizardry school? Well new evidence has emerged that makes a solid case for the theory put forth by Harry Potter fan and dad blogger Tom B.

J.K. Rowling has only released one photo of the North American school for wizardry and witchcraft.

This one.
Kinda looks a lot like this, doesn't it? 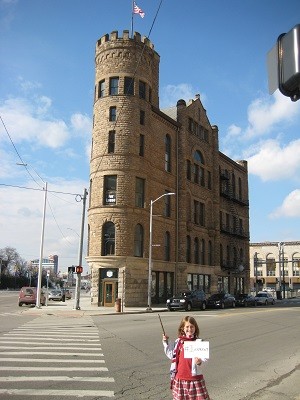 Photo by Tom B.
Tom chronicled his journey to find photographic proof for his theory on his blog, and WARNING: it contains dangerously adorable photos of the many magical stops he and his daughter made on their adventure. Not only has Tom given hope to Harry Potter fans all over Michigan, but he's getting our vote for BEST.DAD.EVER.