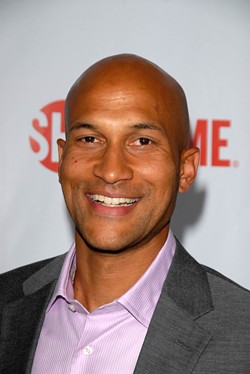 One of our favorite Detroiters turned celebrity, Keegan-Michael Key, has been given the honor of co-grand marshal of the famous parade — along with Judge Damon Keith.

If you've never seen or heard of Key's work, then let us give you a little crash course: Key graduated from the University of Detroit Mercy, was a memebr of Detroit's Second City company, became a cast member on the beloved show MadTV, scored his own show on Comedy Central with comedy partner Jordan Peele, and recently won an Emmy for Key & Peele. Needless to say, he is killing it.

Key hasn't forgotten his Detroit roots, which makes this announcement even better. Last December, he performed with the improv troupe the 313 at the DIA, and is always a strong supported of the city.

We're so excited to see Key participate in the parade, and keeping our fingers crossed for an improv performance, too!