'Joker' is a forced laugh in the dark 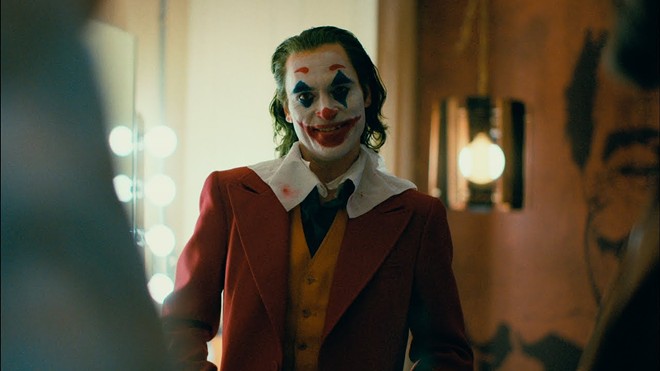 
There’s a first time for everything. In the case of Joker, it’s the first film fully dedicated to the beloved DC comic book villain. It’s also the first press screening where I had to go through a two-tiered security checkpoint before entering the theater.

Expectations could not be higher for a film that took home the top prize from this year’s Venice International Film Festival. But the film has also sparked nationwide paranoia due to its portrayal of hyper-violent incel culture and the FBI’s warning that threats of planned mass shootings at screenings were discovered on the dark web. (Warner Bros. released a statement ahead of the film’s release, saying the company “believes that one of the functions of storytelling is to provoke difficult conversations around complex issues. Make no mistake: neither the fictional character Joker, nor the film, is an endorsement of real-world violence of any kind.”) Is Joker, then, a fitting allegory for one of the darkest moments in modern America, or is it the result of one of the most effective press junkets in movie history?


During production, director Todd Phillips (The Hangover, Road Trip) further stoked hype by reportedly pushing Warner Bros. to release a rated-R version of the film, which it received and deserved for its realistic, ripped-from-the-headlines bloodlust. Phillips also managed to appease the studio for producing what can only be described as a budget-friendly blockbuster. The CGI-less, action-light, full-blown character study that is Joker was reportedly made for just under $55 million, a fraction of the flashy and splashy Aquaman’s $200 million, or rival comic book universe Marvel’s Avengers: Endgame, which cost a whopping $356 million. Really, Phillips never set out to make a comic book movie — which is why we find ourselves, in select moments, empathizing with Batman’s most infamous foe.


Much of the film’s pre-and post-release buzz can be credited to lead actor Joaquin Phoenix, who, if nothing else, has proved he's committed to immersing himself in whatever brand of madness is demanded of him — as well as his bringing his own, which, it could be argued, is the only reason his Andy Kaufman-meets-Taxi Driver Joker works on as many levels as it does. However, Phoenix’s performance could not function without cellist and composer Hildur Guðnadóttir’s indelible score, which presents itself immediately as one of the movie's most important characters and does a great deal of heavy lifting in terms of telling the real story behind Phoenix’s gaze.


Phoenix plays Arthur Fleck, a gaunt, heavily medicated aspiring stand-up comic making ends meet as a rent-a-clown. Fleck, who lives with and cares for his mentally ill and ailing mother (Frances Conroy), also frequently conjures delusions of grandeur — like when lusting after single-mom neighbor Sophie (Zazie Beetz), or when imagining himself as a guest on his favorite late-night talk show, hosted by Murray Franklin (Robert De Niro). His most cherished item appears to be a notebook that he faithfully carries with him like a pocket bible, where he scrawls jokes, dark diarial thoughts (“I hope my death will make more cents than my life”), and pornographic images. He dances, too — sometimes sensually, usually when he’s nervous or excited, both in public and in private, arching his thin frame as he writhes to music only he can hear.


He also has a neurological disorder, which the film suggests is the result of child abuse. The disorder finds Fleck uncontrollably laughing in response to things that are not funny, making every encounter he has — even interactions as innocent as trying to make a child smile with his display of clownish facial contortions — wildly uncomfortable. For Phoenix’s Fleck, laughing is physically painful. Not only does the inappropriate timing alienate Fleck from society, but during an outburst, he winces and sometimes cries until he grabs at his own throat, as if he has developed a trick to make it stop or hurt less, forcing him to choke on his own maniacal cackling. He even has laminated cards explaining his condition; instantly, there is a barrier between Fleck and the world around him, by no fault of his own. For the backdrop of Gotham, Phillips taps a seedy 1980s New York City, where poverty, lawlessness, and “super rats” run rampant while businessman Thomas Wayne (yes, that Wayne) serves as the film’s cold and wealthy antagonist, the true villain behind the city’s civil unrest and financial disparity.


Joker owes much to the films of Martin Scorsese (who offered feedback on the script, and was initially considered to serve as producer before bowing out). There are heavy-handed stylistic and plot nods to Scorsese’s Taxi Driver and The King of Comedy, both of which have turned unhinged men — both played by De Niro, which makes his casting here almost too self-aware —  into troubling fixtures of cinematic idolatry. Though Fleck calls to mind King of Comedy’s Rupert Pupkin, it is Taxi Driver’s Travis Bickle — the lonely discharged Vietnam vet who is infatuated with an out-of-reach woman (whom he stalks), and who comes alive when purchasing firearms to right the wrongs of the world — that resonates with Phoenix’s Joker most.


“I don’t believe in anything,” Fleck says during his transformation from sad sack to unsuspecting leader of and inspiration for Gotham’s growing population of anarchy-hungry clown-masked incels. This appears to be a lie. Based on something his mother fed him growing up, Fleck believes he was born to bring joy into the world.


And in a way, he does. During one of the Joker’s more brutal encounters (spoiler alert, Joker does, in fact do some killing as he slow-dances his way through an endless string of bad days), the packed theater erupted into uproarious laughter — not unlike Fleck’s own disorder.


As is the expectation of every actor who dares take the role of Joker, much of the success depends solely on the actor’s ability to transform. Big screen incarnations of the Joker gave us Jack Nicholson — as seen in Tim Burton’s 1989 Batman — who becomes the Joker after falling into a vat of green chemical sludge, re-emerging as the deadly-gag gangster who is basically just Nicholson in makeup, but somehow it works in the realm of comic book camp. In 2016’s Suicide Squad, we got Jared Leto’s impulsive and uninspired Juggalo Joker, who delivers a performance as trite as the “damaged” tattoo scrawled across his face (with no help from an equally damaged script). But the one to beat, of course, is the performance by Heath Ledger in 2008’s The Dark Knight, who lost himself in his bone-chilling performance, which landed the late actor a posthumous Academy Award for best supporting actor after he died of a drug overdose.


Ledger’s Joker wasn’t crazy; instead, he was a meticulously calculated nihilist, his lucidity and intelligence allowing him to stay two steps ahead of Gotham P.D. and his caped nemesis (and his mirror image), Batman. Both Ledger and his clown-counterpart were in complete control — and more than that, both were inseparable and, due to Ledger’s method-acting, interchangeable. Meanwhile, Phoenix’s Joker is a monster of his own making, and the film succeeds in blurring the lines between fantasy, reality, and hyper-reality, manipulating its audience to participate in the horror while challenging the individual’s own mental soundness. For that, the ride is, perhaps, worth it. But in the end, this Joker is still just Phoenix, and Joker is still just a movie.