Two comic geniuses get their due 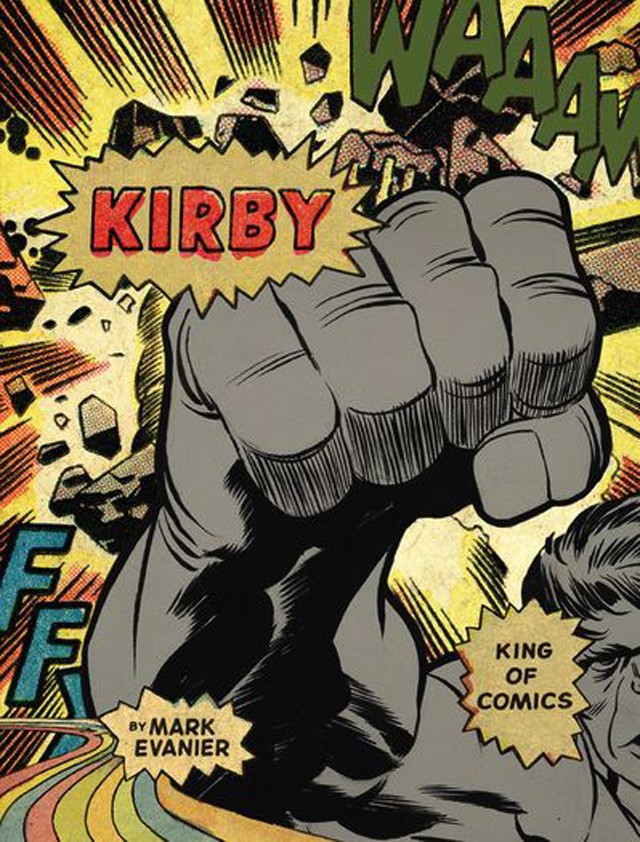 As a graphic designer and an illustrator, and therefore nearly illiterate, I gravitate toward big-picture bang-bang funny-ha-ha books. Thinking bad, punching good! (You win a No Prize if you got that reference.) Whether featuring spandex-clad heroes or nose-picking buffoons, comic books have always been my thing. So when those word people asked me to submit my gift guide recommendations this year, I said, "Duh, what?" Then, after my editor scratched out a crude hieroglyph to better explain himself, I said, "Oh, yeah, sure." Here are a couple of suggestions for that socially awkward pop-culture geek on your list.

Is there anything cooler in this whole godforsaken world than a comic book illustrated by Jack Kirby? If you say yes, I will fight you right now. He was, and I believe still is, the best comic book illustrator of all time. And if you've seen a summer blockbuster movie within the past five years, you're probably familiar with his work, or at the very least his amazing legacy.

Mark Evanier takes us back to the beginning in this one, before Jack Kirby even existed. Back to the days when young Jacob Kurtzenburg was slinging his portfolio bag around New York scrounging for any work he could get to help his family make ends meet. And that's the thing about Kurtzenburg (aka Jack Kirby), it was always family first. No matter how many ideas were whizz-banging around in that remarkable brain, none of it mattered if he couldn't put food on the table. And tragically, he suffered for it. Finding a full time, stable job with benefits for the family in comics was like finding Bigfoot in those days. Still is. Jack signed away the rights to some groundbreaking creations in search of it, and watched while guys like Stan Lee got all the cash. Luckily, history and the fans ended up on Jack's side, so it's not all tragedy. Lavishly illustrated with work from the master himself, this biography is as much march through comic book history as it is the story of a strange and wonderful genius who left a mark the size of Galactus on pop culture as we know it. The book came out back in 2008, but given the ever-expanding Marvel Universe — think the new Avengers franchise — there's little wonder that the publisher is pushing it again.

This new book is just pure fun. MAD magazine, the scourge of fourth-grade teachers everywhere, has produced some of the funniest material ever, illustrated by giants in the industry. And there is none bigger or better that Mort Drucker. Remember those hilarious MAD movie parodies that the lunch lady swiped from your booger-coated fingers as chocolate milk shot from your nose while she marched your chuckling ass to the principal's office in grade school? (Just me?) That's Mort, and he's been doing it for 50 freaking years! Nobody does caricature like Mort Drucker. He has the uncanny ability to capture more than likeness. He can reproduce the essence of a figure in beautiful comic form, show mannerisms and expressions, the way individual bodies are held and hands used. Absolutely amazing, especially given that fact that, due to deadlines, he admits to not seeing many of the movies he parodied! One MAD editor recalls that, when searching for reference, Mort told him, "I just need one good full frontal shot and one profile." Amazing!

Celebrities line up to sing the praises of a guy who is flat-out making fun of them. (It's probably a sign that you've made it in Hollywood.) A revealing Q&A with former MAD editor Nick Meglin gives readers a glimpse into the mind of a humble, soft-spoken, truly funny, self-taught master who really loves his job. And who wouldn't love this job — assuming the rarest of talents to pull it off?

The book is mainly composed of reprints of MAD covers, sight gags, caricatures and those immortal movie parodies. I'd be careful drinking chocolate milk around this one.