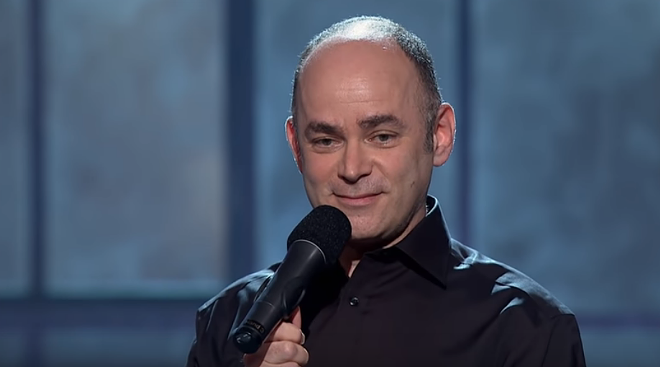 Nearly a decade ago, deadpan comedian Todd Barry reflected on some of the happiest moments of his life, one of the most memorable being, well, anytime someone canceled plans with him. Who would’ve thought that such commentary would ring even truer 10 years later, at a time when receiving that magical text freeing you of whatever horrible social obligations you casually agreed to in a moment of desperation is akin to a solo orgasm? The 55-year-old New York stand-up mainstay has also racked up an eclectic running list of film and TV credits, including, but not limited to: Greasy, from the 2001 classic Pootie Tang; Ordinary Guy, as he’s credited on an episode of Sex and the City; and, in an unexpected turn of events, a speaking role in Darren Aronofsky’s 2008 Academy Award-nominated film starring Mickey Rourke, The Wrestler. Joining the bill is Mary Santora, who was named “Best Undiscovered Comedian in Ohio” by Thrillist and “Best Female Comedian” by Cleveland Scene for three nonconsecutive years.